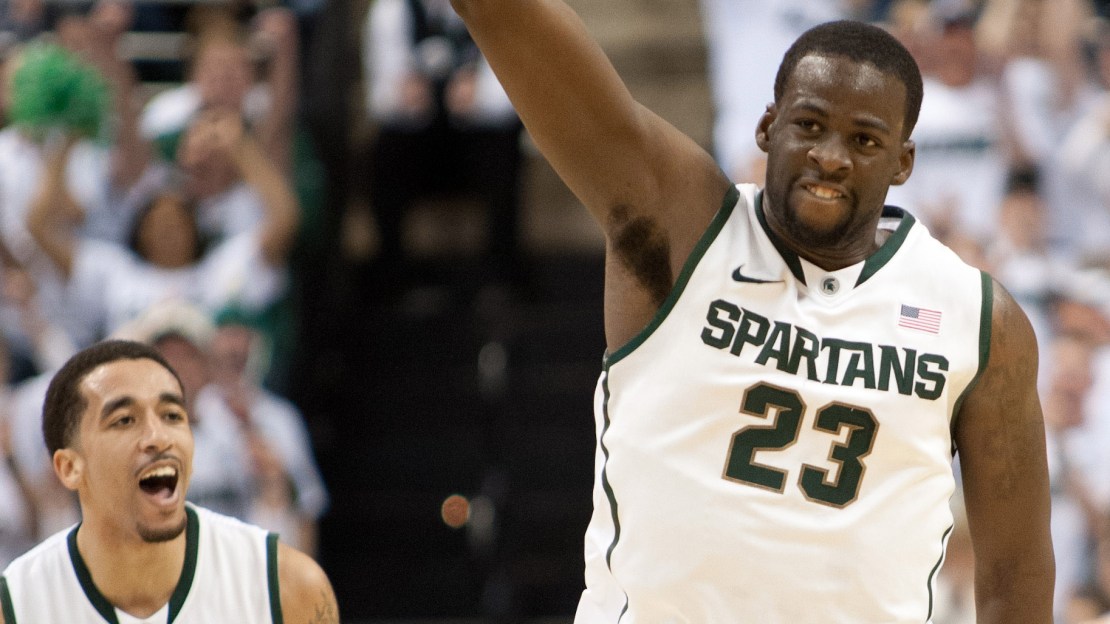 It was an exciting BTN tripleheader Wednesday night, with No. 2 Ohio State blasting Northwestern (recap), No. 17 Michigan State handing No. 15 Indiana its first loss (recap) and Purdue fending off Iowa (recap). Catch up on all the night's action on our Big Ten scoreboard and get stats, video and recaps in this post. Gus Johnson was on the call for the Hoosiers-Spartans game, and we posted his best calls right here. Also, get ready for a full season of Super Wednesday beginning Jan. 4 by bookmarking the Super Wednesday men's basketball schedule.

FINAL: William Buford scored 28 points and grabbed nine rebounds to lift No. 2 Ohio State to an 87-54 win over Northwestern on Wednesday at Value City Arena in Columbus. Buford and Jared Sullinger had good games for Ohio State (13-1). Buford shot 9-of-14 from the field and shot 5-of-7 from long range. Sullinger scored 17 points, yanked down 14 rebounds, and went 7-of-11 from the field. The Buckeyes shot 48 percent from the field (29-of-61). Ohio State shot 10-of-20 from three-point range during the game, good for 50 percent. The Buckeyes shot 19-of-30 from the free throw line. Jordan Sibert had a quality shooting game, nailing 4-of-7 shots from the field and scoring 12 points. Dave Sobolewski contributed 10 points and handed out five assists for Northwestern (10-3) in the game. The Wildcats had trouble finding their touch, shooting just 32 percent (17-of-53) from the field. Northwestern also got double-digit performances from Drew Crawford, who scored 13 points and John Shurna, who added 11. Winning the rebounding battle was a key to victory for Ohio State as it outrebounded the Wildcats 47-29. The Buckeyes push their winning streak to five games with the victory.

HALFTIME: William Buford scored 13 points and grabbed seven rebounds as No. 2 Ohio State leads Northwestern 41-26 at the half. Buford and Jared Sullinger are leading the way for the Buckeyes. Buford shot 5-of-7 from the field. Sullinger scored nine points, grabbed eight rebounds, and shot 3-of-5 from the field. Ohio State is dominating the rebounding battle so far, with a 26-12 margin. The game was tied 13-13 before the Wildcats went into a funk, going the next 3:51 without scoring, and allowing the Buckeyes to take a 26-13 lead with 7:59 to go in the first half. Ohio State has been able to make the most of its chances from long range, hitting at a 50 percent clip (7-of-14). After already giving up eight offensive rebounds to the Buckeyes, Northwestern will have to keep Ohio State off the boards in the second half. The Buckeyes played team basketball in the first half, to the tune of 10 assists on 15 field goals. The Wildcats shared the ball, finishing with six assists on nine field goals in the first half. Northwestern got points from seven different players. Northwestern's Dave Sobolewski already has five points and five assists.

FINAL: Keith Appling scored 25 points, grabbed six rebounds and handed out six assists as No. 17 Michigan State defeated No. 15 Indiana 80-65 on Wednesday at the Jack Breslin Student Events Center in East Lansing. Michigan State (12-2) shot 55 percent from the field (29-of-53). The Spartans also got double-digit contributions from Derrick Nix, who scored 14 points, Brandon Wood, who scored 13, and Draymond Green, who put up 11 points. Christian Watford scored 26 points, pulled down nine rebounds, knocked down 9-of-15 shot attempts, and shot 4-of-6 from long range for Indiana (12-1) in the loss. The Hoosiers also got double-digit performances from Verdell Jones III, who contributed 11 points and Victor Oladipo, who had 10 points. Michigan State led 19-14 in the first before it widened the margin to 18 points with a 15-2 run that ended with 5:13 to go in the first half. Appling finished the run off with a field goal, which helped Michigan State lead 36-29 at halftime. Not only did the Spartans go to the line 13 more times than did Indiana, they made the most of their opportunities, converting 17-of-22. Those free throws came courtesy of 18 fouls committed by the Hoosiers who were 5-of-9 from the line. With the win Michigan State extends its winning streak to 12 games and snaps Indiana's 12-game winning streak.

HALFTIME: Brandon Wood and Draymond Green combined for a successful first half as No. 17 Michigan State leads 36-29 over No. 15 Indiana. Wood scored 11 points and shot 5-of-7 from the field. Green scored eight points and shot 3-of-5 from the field. The situation might've been even worse for the Hoosiers, as the Spartans led by as many as 18 points with 5:13 to go in the first half. Indiana's leading scorer, Cody Zeller, has been shut down thus far. Sitting with zero points, the freshman is far below his 15.1 per game average this year. Christian Watford led the way for the Hoosiers in the first half, with 11 points and five rebounds.

FINAL: Melsahn Basabe scored 14 points and grabbed eight rebounds, but it wasn't enough to lead Iowa past Purdue, as the Hawkeyes (8-6) fell 79-76 on Wednesday at Carver-Hawkeye Arena in Iowa City. Purdue (11-3) built a nine-point advantage on a free throw by Kelsey Barlow with 19:39 in the game, but nearly blew it. Robbie Hummel sparked the Boilermakers, as he scored 16 points and yanked down 10 rebounds in the win. D.J. Byrd shot 6-of-9 from the field and scored 14 points for Purdue. The Boilermakers shot 49 percent from the field (33-of-67). Purdue also got a double-digit contribution from Barlow, who scored 12 points. The Hawkeyes shot 21-of-29 from the free throw line. More Iowa scoring came from Roy Devyn Marble, who scored 17 points and Matt Gatens, who had 11.