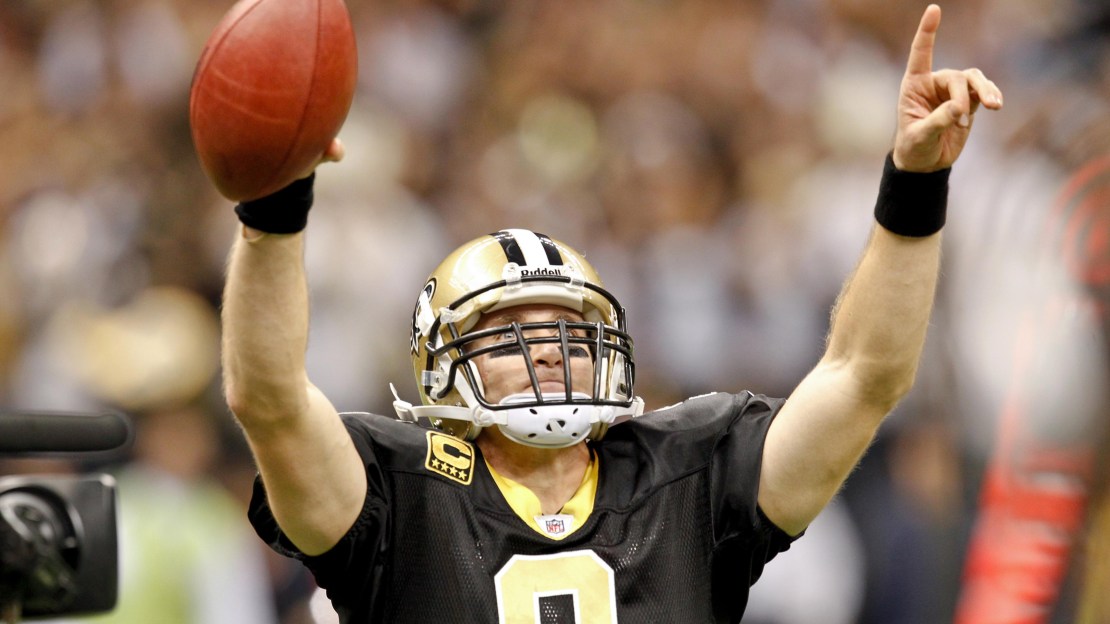 Week 16 of the NFL season is in the books, and Big Ten products compiled impressive numbers. All season long, use our Big Ten NFL Stat Tracker to see how ex-Big Ten stars perform. Simply click on a player's name, and the link will lead you to his NFL.com game log. Every Tuesday, Brent Yarina singles out the best offensive, defensive and special teams performances, plus links to their NFL.com highlights. See Brent's Week 16 winners in this post.

Offense: Drew Brees, New Orleans – The former Boiler star threw for 307 yards on his way to breaking Dan Marino's 27-year-old record for most passing yards in a season in the Saints' 45-16 victory over rival Atlanta on MNF. In the record-setting performance, Brees also threw four touchdowns and completed 29 passes. The record came on a 9-yard scoring strike to Darren Sproles with 2:51 left (watch the record-setting play!). Read more about Brees' record day here.

Defense: Chris Kelsay, Buffalo – The Nebraska product tallied nine tackles and two sacks, both season highs, and added his second pass deflection of the season in the Bills' 40-14 win over Denver and Tim Tebow (watch his 12-yard sack!) (watch his 7-yard sack!).

Special teams: Alex Henery, Philadelphia – Henery had a perfect day in Philadelphia's 20-7 win over Dallas, hitting both his field goals (43 and 51 yards) and each of his extra-point attempts (watch the 51-yarder!). Former Michigan State kicker Dave Rayner totaled 16 points and hit 4 of 6 field goals in Buffalo's 40-14 win over Denver.

Have a nominee for Brent's weekly Big Ten NFL recap? Tweet it to @BTNBrentYarina. Again, use our Big Ten NFL Stat Tracker to see how all your Big Ten products did this past week.