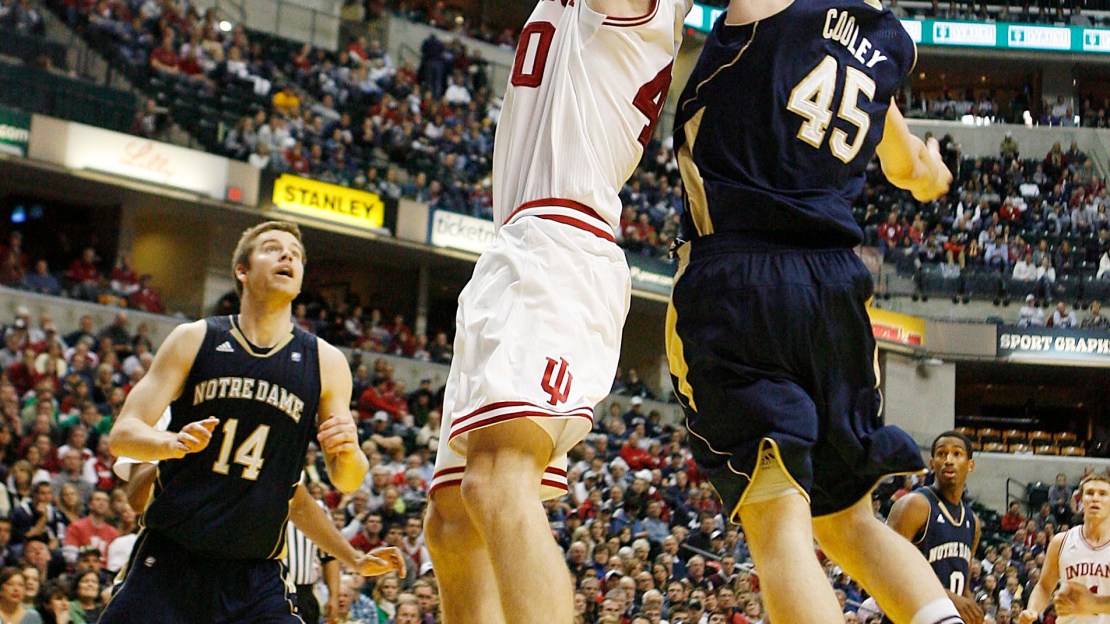 The start of the Big Ten men's hoops season is just around the corner. Next Tuesday, in fact, Minnesota-Illinois (BTN) and Wisconsin-Nebraska tip off the conference slate. With the holiday break here, BTN.com web editor Brent Yarina decided to release his latest Big Ten Player Rankings.

5. Tim Frazier, Penn State – Put Frazier on, say, Ohio State, Michigan State or Indiana, and he'd be getting all the publicity in the world. Yes, his numbers would be down by virtue of playing on a deeper team, but there's no doubting the Penn State point guard's all-around game and what he's been able to accomplish as the team's lone consistent scorer.
2011-12 stats: 17.2 ppg, 5.3 rpg, 7.3 apg, 2.3 spg
Last time: No. 5

6. Deshaun Thomas, Ohio State – Everybody knew about Thomas' scoring ability entering the season, but now he's consistently living up to the hype that he brought with him from his prolific high school days. Thomas has been in double digits every game since the season opener (9), and he's averaging 22 points per game the last four times out, all while shooting 63 percent (36 of 57).
2011-12 stats: 55%, 15.9 ppg, 4.2 rpg, 1.1 apg
Last time: NR

7. Aaron Craft, Ohio State – It's a well known fact that Craft impacts the game without scoring a lot of points; in fact, if there's a better one-on-one defender in the Big Ten, I'd love to hear who it is. Basically, the sophomore is much better/has a bigger impact than the statistics indicate.
2011-12 stats: 8.6 ppg, 3 rpg, 5.3 apg, 2.9 spg
Last time: No. 8

8. Robbie Hummel, Purdue – The one consistent for Purdue, Hummel is contributing a career-high 31 minutes per game and has scored in double digits every time out this season. His shooting percentage (42 percent) is down from seasons past, but he's asked to do a lot more now as the go-to guy. And even with that added responsibility, he's committing a career-low 0.8 turnovers per game.
2011-12 stats: 17.5 ppg, 5.9 rpg, 1.8 apg, 1.5 bpg
Last time: No. 6

9. William Buford, Ohio State – It's no surprise Buford's scoring has dipped a bit during teammate Deshaun Thomas' torrid stretch. When a guy's as hot as Thomas has been, it's going to result in less production for others, and that's what has happened to Buford, who's averaged 12.2 points per game the last five times out after pouring in 18 the first seven contests.
2011-12 stats: 15.6 ppg, 4 rpg, 3.5 apg, 0.8 spg
Last time: No. 7