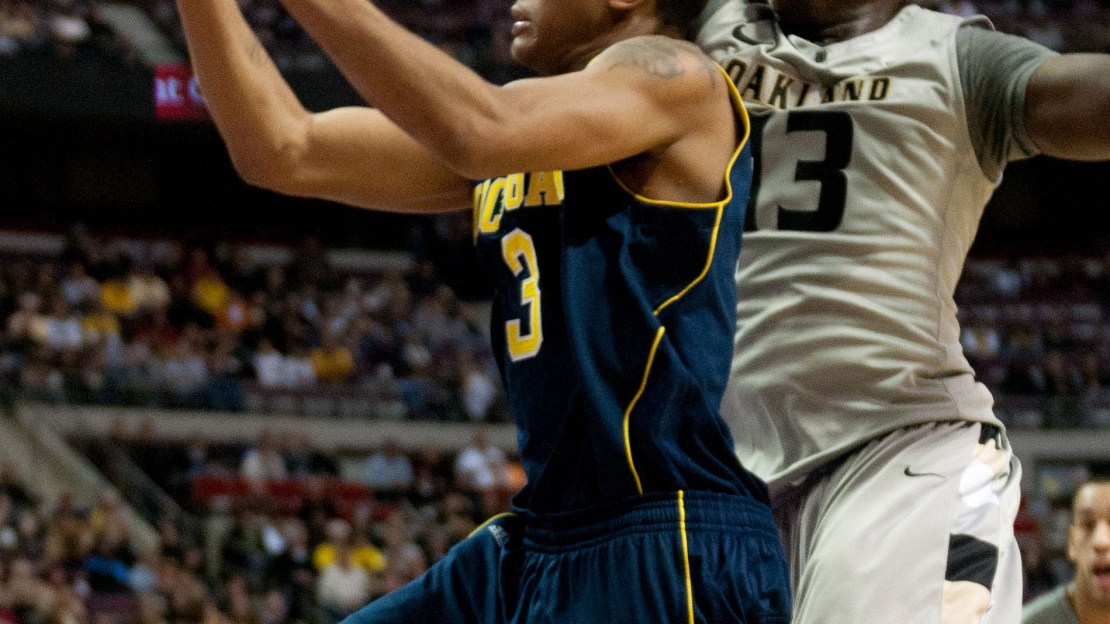 It's time to release my latest Big Ten men's hoops power rankings. The rankings are not meant to mimic the Big Ten standings. What fun would that be? They aren?t scientific, either. They?re simply my thoughts on where each Big Ten team stands right now and who would win on a neutral court. Agree? Disagree? Tweet @BTNBrentYarina or leave your comments below. See Brent's rankings in this post. Also, watch our interview with Aaron Craft, whose Buckeyes host Lamar at 8:30 ET Tuesday on BTN.

1. Ohio State (10-1) – Remember how Deshaun Thomas would enter games last season and immediately start chucking up any and every shot he could? The sophomore still isn't shy, to say the least, but he's picked his spots better and become a lot more efficient. Last week, in fact, he made 17 consecutive two-point field goal attempts, which blows the mind.
Last time: No. 1
This week: vs. Lamar (12/20), at Miami OH (12/22)

2. Indiana (10-0) – Even when the Hoosiers appeared flat and couldn't hit a shot Saturday against Notre Dame, they weathered the storm, locked down on defense and recovered to roll to a pretty easy win over a Big East opponent. File the game under the this-wouldn't-have-happened-the-last-three-seasons category. This game, particularly on the heels of Indiana's upset of then-No. 1 Kentucky, should be a great teaching tool for Tom Crean and his staff.
Last time: T-No. 2
This week: vs. Howard (12/19), vs. UMBC (12/22)

3. Michigan State (8-2) – Here's a prediction: If big man Derrick Nix can give Tom Izzo anything close to the production he's provided the last four games (11.3 ppg, 6 rpg) come Big Ten play, the Spartans will be Ohio State's biggest competition for the conference crown this winter.
Last time: T-No. 2
This week: vs. UMKC (12/19), vs. Lehigh (12/22)

T-4. Wisconsin (10-2) – Perhaps more than any other Big Ten team, Wisconsin has the ability to have any number of players lead it in scoring on any night. Seriously, Jordan Taylor may be the biggest name, but Jared Berggren, Ben Brust, Ryan Evans and Josh Gasser all have led the Badgers in scoring in one game this year. And there's always Mike Bruesewitz, as well. In other words, an opponent never knows who it's going to be when it plays Wisconsin.
Last time: No. 5
This week: at Mississippi Valley State (12/23)

T-4. Michigan (9-2) – If it weren't for Indiana's Cody Zeller, Trey Burke would be this year's Jared Sullinger, claiming just about every one of the conference's Freshman of the Week honors. Of all Burke's strong across-the-board numbers, his minutes played (32.7) might be the most impressive. This is a first-year point guard who rarely, if ever, comes off the floor.
Last time: T-No. 6
This week: vs. Bradley (12/22)

6. Northwestern (10-1) – As expected, the Wildcats rolled to three victories this past week. It's tough to take much from wins over the likes of Texas Southern, CCSU and Eastern Illinois, but it was encouraging to see Northwestern show no hangover at all from its previous game, the disappointing 69-41 home loss to Baylor.
Last time: No. 8
This week: at Creighton (12/22)

7. Illinois (10-1) – In recent seasons, the Illini offense has had its bouts with inept games. The 33-point effort in the forgettable 2009 loss to Penn State immediately comes to mind. There are others out there, too. Well, Illinois has scored 48 points in two of its last three games. This offense features some firepower, but it's also far more inconsistent than Bruce Weber or and Illini fan would like.
Last time: No. 4
This week: vs. Cornell (12/19), at Missouri (12/22)

8. Purdue (9-3) – Aside from Michigan State, no Big Ten team has lost to more respectable opponents than Purdue. Following Saturday's upset loss to Butler, the Boilers have lost to Alabama, Xavier and the aforementioned back-to-back national runner-ups. Regardless of the competition, Purdue needs more offensive playmakers. The defense is there, as always, but the Boilers need some player to get them easy baskets.
Last time: T-No. 6
This week: vs. IPFW (12/20)

9. Minnesota (11-1) – The Gophers have won five consecutive games since Trevor Mbakwe's season-ending knee injury on Nov. 27. Thanks to that winning streak, they're the quietest 11-1 team in the nation, partly because they're without Mbakwe, their senior leader and best player, and partly because their best win is against Virginia Tech at home.
Last time: No. 9
This week: vs. North Dakota State (12/22)

10. Nebraska (7-3) – With center Jorge Brian Diaz out with foot troubles, senior Toney McCray went for season highs in points (20), rebounds (7) and blocks (2) in his first start of the season Saturday against Alcorn State. McCray isn't the shot blocker Diaz is, so the Huskers will need their big man back at full health for when Big Ten play tips off next week.
Last time: No. 10
This week: vs. Central Michigan (12/20)

11. Iowa (6-5) – It's starting to look like Eric May won't soon recapture the play that made him a bright prospect two seasons ago as a freshman. The junior has averaged 16.8 minutes in the last six games, a span in which he's only scoring five points per game. More troubling of late, early and out-of-control fouls have forced him to the bench.
Last time: No. 11
This week: vs. Central Arkansas (12/19), vs. Boise State (12/22)

@BTNBrentYarina I'd flip flop Wiscy and Indiana. And I still think Minnesota (even without Mbakwe) and Purdue are better than ILLY.

@BTNBrentYarina How many weeks in a row are you going to talk about Mbakwe?