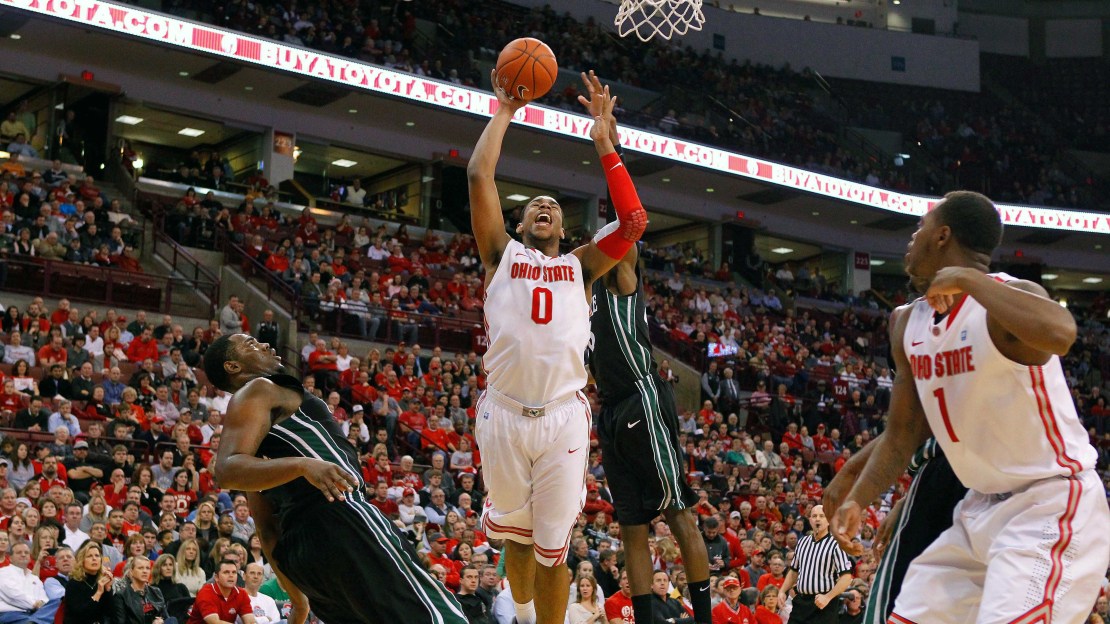 Jared Sullinger returned from back spasms Wednesday night, but it was freshman Sam Thompson and other role players who propelled No. 2 Ohio State to a comfortable victory over South Carolina-Upstate (recap) at Value City Arena. Find halftime and final recap stories from the victory in this post. Oh, and watch the highlights from Ohio State's win now.

Speaking of Thompson, check out his three highlight-reel plays from the victory. Pretty impressive stuff, huh? And then there's this fun feature with Ohio State point guard Aaron Craft. Yes, he completed a Rubik's Cube in front of a camera in just more than a minute.

FINAL: Behind accurate shooting and targeted passing, No. 2 Ohio State topped South Carolina Upstate 82-58 on Wednesday at Value City Arena in Columbus. Ohio State (9-1) shot 57 percent from the field (29-of-51). The Buckeyes shot 20-of-24 from the free throw line. With the victory, Thad Matta locked up his 300th career win. At Ohio State, he has a record of 198-58. Deshaun Thomas gave Ohio State a boost, thanks to 23 points and 10-of-15 shooting from the field. Jared Sullinger stuffed the statsheet for the Buckeyes with a double-double. He tallied 12 points and grabbed 10 rebounds. More Ohio State scoring came from William Buford, who had 14. Torrey Craig scored 20 points and pulled down six rebounds for South Carolina Upstate (6-5) in a losing effort. The Spartans also got a double-digit game from Ricardo Glenn, who had 10 points. South Carolina Upstate lost despite out rebounding Ohio State 27-19. The game was tied 26-26 before the Buckeyes went on an 11-2 run to take a nine-point lead late in the first. Evan Ravenel finished the run off with a field goal, which helped Ohio State lead 37-28 at halftime.