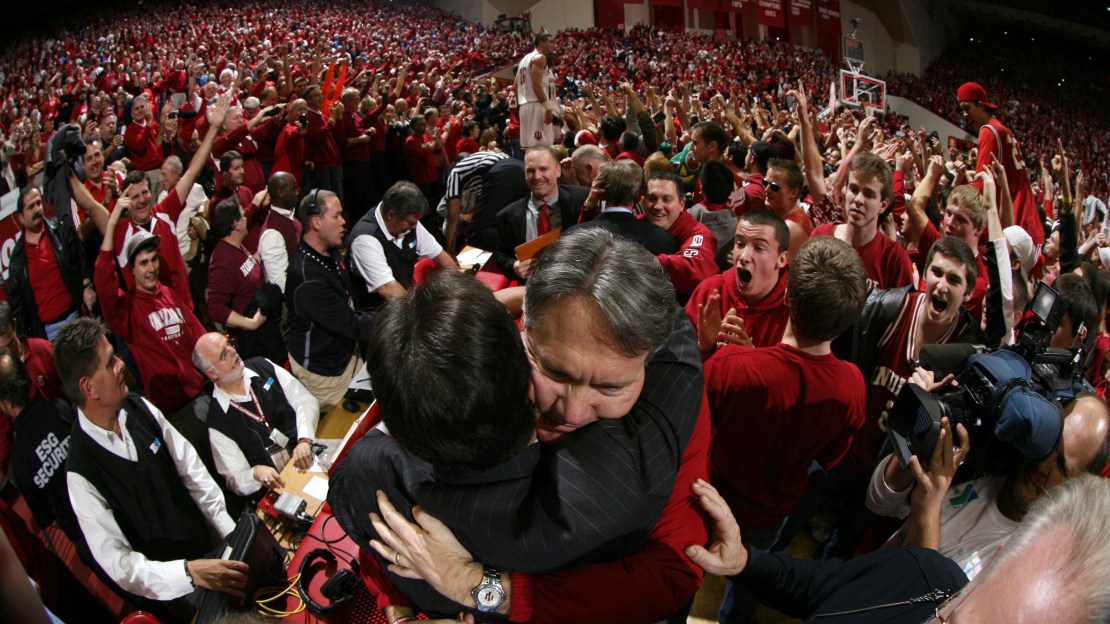 It's time to release my latest Big Ten men's hoops power rankings. The rankings are not meant to mimic the Big Ten standings. What fun would that be? They aren?t scientific, either. They?re simply my thoughts on where each Big Ten team stands right now and who would win on a neutral court. Agree? Disagree? Tweet @BTNBrentYarina or leave your comments below. Watch Gus Johnson call Ben Brust's sixth 3-pointer from Saturday's win over UNLV now and see the rankings in this post.

1. Ohio State (8-1) – The Buckeyes just suffered their first loss of the season, but remember star Jared Sullinger was out with back spasms – a much bigger story if he doesn't return this week – and the loss was against then-No. 13 Kansas at Allen Fieldhouse, where the Jayhawks have won 47 consecutive games over nonconference foes. Not the end of the world.
Last time: No. 1
This week: vs. South Carolina Upstate (12/14), at South Carolina (12/17)

4. Illinois (10-0) – Brandon Paul must drive Illinois fans crazy. The athletic junior has all the talent in the world, and he can take over a game whenever he desires – think Wednesday's performance in the comeback win against St. Bonaventure. It's just a matter of getting him to play that way all the time instead of in spurts.
Last time: No. 4
This week: vs. UNLV (12/17)

5. Wisconsin (8-2) – Here's a surprising stat for you: Jordan Taylor tallied his second career double-double, and the first with points and assists, in Wednesday's win over instate foe Green Bay. His 10 assists were a career-high and came with a Taylor-like zero turnovers.
Last time: No. 3
This week: at Milwaukee (12/13), vs. Savannah State (12/15)

T-6. Purdue (9-2) – There's been two constants for Purdue this season: 1. Robbie Hummel scoring double digits every night; and 2. Purdue struggling from the free-throw line. The latter is a bit discouraging, because it's hard to win games against equal competition when you're hitting 61.7 percent from the charity stripe.
Last time: No. 7
This week: vs. Butler (12/17)

8. Northwestern (7-1) – The Wildcats were off this past week, and that's just what they needed after an embarrassing loss to Baylor on Dec. 4. Considering the amount of rest and the lack of quality opponents looming this week, John Shurna and the Wildcats should have no trouble stringing together another winning streak.
Last time: No. 8
This week: vs. Texas Southern (12/15), vs. Central Connecticut (12/17), vs. Eastern Illinois (12/18)

9. Minnesota (10-1) – The Gophers, the Big Ten's first team to 10 wins, continue to rack up the victories, but they haven't really knocked off a team that turns any heads. Still, you have to hand it to Tubby Smith, Julian Welch, Rodney Williams and company for successfully adjusting to a new style and rotation in the wake of losing star Trevor Mbakwe.
Last time: No. 9
This week: vs. Central Michigan (12/13)

10. Nebraska (6-3) – Bo Spencer entered the week with 13 turnovers in Nebraska's first seven games. In wins over Florida Gulf Coast and TCU this past week, he combined for, you guessed it, 13 turnovers. A 0.6 assist-to-turnover ratio isn't going to cut it, but at least Spencer can make up for miscues with his scoring ability.
Last time: No. 10
This week: vs. Alcorn State (12/17)

12. Penn State (6-5) – All season long, Penn State has needed a consistent No. 2 scorer, and Jermaine Marshall seems to have gotten the clue. The sophomore is averaging 16.2 points the last four games, in addition to 7.5 rebounds, providing Tim Frazier with a worthy sidekick. Despite the numbers, the Nittany Lions are 1-3 in those games.
Last time: No. 12
This week: vs. Mount St. Mary (12/18)