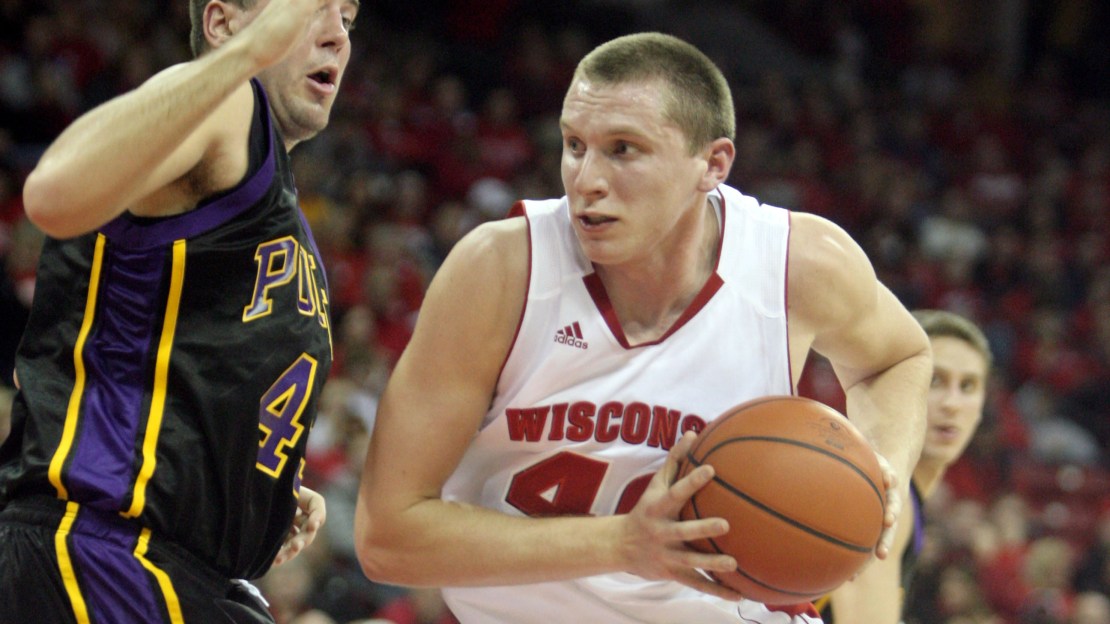 It's Monday, and there are no Big Ten men's hoops games for the first time since Nov. 10. That means it's the perfect time to release my latest power rankings. The rankings are not meant to mimic the Big Ten standings. What fun would that be? They aren?t scientific, either. They?re simply my thoughts on where each Big Ten team stands at that time. Agree? Disagree? Tweet @BTNBrentYarina.

1. Ohio State (6-0) – The Buckeyes lead the Big Ten in scoring, at 85.2 points per game, and they've assisted on 66 percent of their baskets. While Jon Diebler and David Lighty were big losses, Ohio State boasts several players who can beat an opponent on any given night, from Jared Sullinger to William Buford to Deshaun Thomas to Aaron Craft. It's almost a case of pick your poison for Ohio State opponents, and it's not like many, if any, opponents will ever be able to negate Sullinger.
Last time: No. 1

2. Wisconsin (6-0) – Here's a surprise: Wisconsin, which lost last year's leading scorer Jon Leuer and third-leading scorer Keaton Nankivil, is the Big Ten's only team to have four players averaging at least 10 points per game — although Indiana and Ohio State are very close to joining them. Even a bigger surprise, Wisconsin is off to its first 6-0 start in the Bo Ryan era.
Last time: No. 3

3. Michigan (5-1) – Worries about how the Wolverines would survive without last year's star point guard Darius Morris have been eased quite a bit by freshman Trey Burke's immediate strong play. He isn't the same point guard as Morris, in that he won't rack up the dimes at the same rate, but he can drive as well as Morris and is a better shooter.
Last time: No. 2

4. Michigan State (4-2) – Considering all the new faces surrounding Draymond Green and Keith Appling, Tom Izzo must be impressed with his team's start, especially when the first two games were against North Carolina and Duke. Michigan State lost both of those games, but it has since rolled to four victories over inferior foes by an average of 25.5 points per game since.
Last time: No. 5

5. Purdue (6-1) – Robbie Hummel isn't playing like a guy who missed nearly two years due to knee injuries, and if he can stay healthy, the Boilermakers will be in contention. With or without Hummel, Purdue needs to find more easy buckets — 40 percent of its shots are 3-pointers, never the recipe for consistent success.
Last time: No. 4

6. Indiana (6-0) – It's amazing the difference a talented big man can make. The only real addition from last season, Cody Zeller has turned the Hoosiers into a completely different team. Sophomores Victor Oladipo and Will Sheehey having another year under their belts helps matters, too, but Zeller gives Indiana its first inside scoring presence since D.J. White left. As a result, Indiana's eliminated a lot of the 1-on-1 offense it relied on the past few seasons.
Last time: No. 8

T-7. Illinois (6-0) – So this is what all the hoopla surrounding Meyers Leonard was about, huh? The highly touted recruit was a flop as a freshman, but now that he's receiving regular minutes and has a better understanding of the game, he's living up to the lofty expectations. A force on both ends of the floor, Leonard is averaging 12.3 points and 3.2 blocks per game. And as for the question as to who will become Illinois' new go-to guy, it looks like it's going to be junior D.J. Richardson.
Last time: No. 7

T-7. Northwestern (5-0) – Along with Illinois' Meyers Leonard, Indiana's Will Sheehey and Wisconsin's Ben Brust, Drew Crawford is one of the Big Ten's most improved players. Unlike those players, though, Crawford has been a solid contributor in years past — it's just that he's gotten even better, and he and John Shurna give Northwestern a very stout 1-2 scoring punch.
Last time: No. 6

9. Nebraska (4-1) – LSU transfer Bo Spencer has made a seamless transition, leading the team in scoring (16 ppg) and assists (4.2 apg) in his first and only season in Lincoln. The Huskers already have a road win over a major conference team — beating Southern Cal in double overtime — and they have the talent to pull off several upsets this season.
Last time: No. 11

10. Iowa (4-2) – The two losses have come against underrated Creighton and Campell — they're the Fighting Camels, by the way — but the bigger issue is Melsahn Basabe's struggles. The sophomore is averaging 7.2 points per game and has scored two points in each of the last three games. Is there a sophomore slump forthcoming, or is this just a rough patch?
Last time: No. 10

11. Minnesota (6-1) – Despite a strong start and plenty of young talent, the Gophers drop as a result of Trevor Mbakwe's season-ending ACL injury, suffered Sunday night (read about the injury). Mbakwe was as important to his team as any player in the Big Ten, because he averaged a double-double, was one of the conference's few physical big guys, and he led a team full of unproven players.
Last time: No. 9

12. Penn State (5-2)  – As expected, junior point guard Tim Frazier is producing across the board. And, also as expected, Frazier isn't getting much help from his teammates. Averaging 19.1 points per game, Frazier scores 11.4 more points than Penn State's second-leading scorer, Trey Lewis (7.7). The next closet: Iowa, at 7.1-point differential.
Last time: No. 12