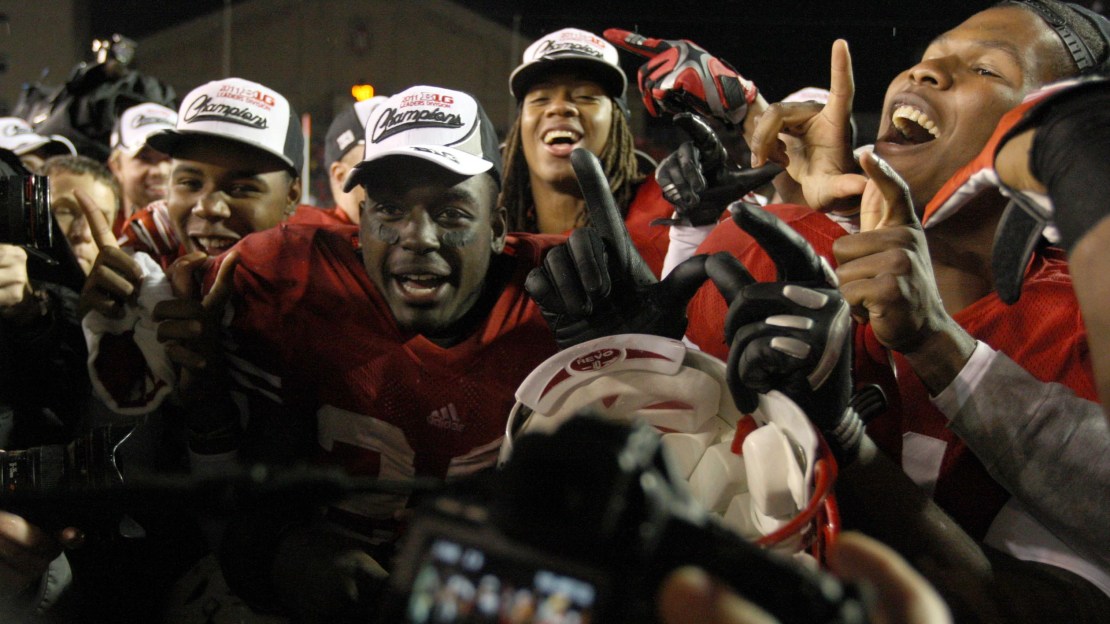 BTN will present the exclusive, live announcement of several Big Ten football awards during the All-Conference Selection Special at 7:30 p.m. ET on Monday. For the fifth straight year, Dave Revsine will host the show, alongside analysts Gerry DiNardo and Howard Griffith. Select award winners will be interviewed during the 60-minute program. Read the full release on our show.

Offensive Player of the Year: Montee Ball, RB, Wisconsin – Teammate Russell Wilson is just as worthy, but Ball's season is historic and something we may never see again — unless Ball returns for his senior season. Basically, when your name is in the same sentence as Barry Sanders, you've had a special season. And, to be honest, special doesn't even come close to describing Ball's 1,870-yard, 34-touchdown season.
Runner-up: Russell Wilson, QB, Wisconsin

Defensive Player of the Year: Lavonte David, Nebraska – The Big Ten was loaded with stud defensive players, from David to Devon Still to Whitney Mercilus, among others. But when it comes to production, big plays and importance to his team, it's tough to argue there was anybody better than David, Nebraska's tackling machine. The senior posted 122 tackles, including 11 tackles for loss, 3.5 sacks, two interceptions, two forced fumbles and two fumble recoveries.
Runner-up: Devon Still, Penn State & Whitney Mercilus, Illinois

Freshman of the Year: Braxton Miller, QB, Ohio State – Miller was the frontrunner for this award for the past several weeks, but he wrapped it up with his career performance in Saturday's defeat at Michigan. The true freshman quarterback threw for career highs in completions (14) and yards (235) and matched a career-high in passing touchdowns (2), all while setting a career-high in total yards (335). He's the real deal.
Runner-up: Marcus Rush, DE, Michigan State

Coach of the Year: Brady Hoke, Michigan – In three seasons under Rich Rodriguez, the Wolverines won six Big Ten games; in eight games under Hoke, they matched that total. Hoke engineered Michigan's quick turnaround on his way to helping the Wolverines win 10 games, the first time they've posted double-digit victories since 2006. On top of all that, Michigan snapped a seven-game losing streak against archrival Ohio State on Saturday, and few take that game more seriously than Hoke.
Runner-up: Mark Dantonio, Michigan State