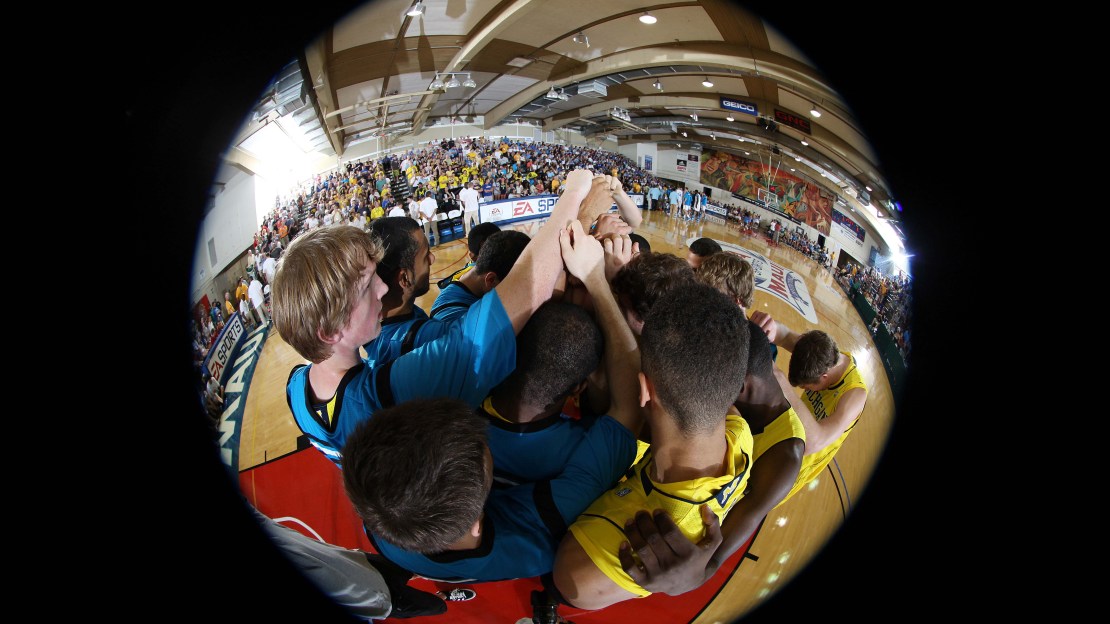 Every Sunday night during the hoops season, BTN.com web editor Brent Yarina recaps the week that was on the men's hardwood and hands out his weekly honors. See Brent's latest installment, for action from Nov. 21-27, in this post.

Player of the week: Jared Sullinger, Ohio State – The sophomore sensation compiled a terrific week, averaging 19.3 points, 12.7 rebounds, three assists and 2.3 steals in three Ohio State victories. Sullinger posted three double-doubles and shot a ridiculous 72 percent on the week, plus he tied a career-high with five assists and set a career-high with four steals in an all-around performance against Valpo on Friday.

Team of the week: Michigan – OK, maybe Memphis wasn't worthy of its No. 8 ranking and UCLA is a shell of its usual self, but it was still an impressive week for John Beilein's 15th-ranked Wolverines, who went 2-1 in the ultra competitive Maui Invitational. Strangely enough, Michigan might have best stated its case as a legit Big Ten contender in its lone loss of the week, an 82-75 defeat to No. 6 Duke. The Blue Devils, the eventual tourney champs, shot 56 percent and hit 11 of 21 treys against Michigan. Some would call it bad defense on Michigan's part, but it was more a case of Duke being unconscious from the floor, and when that happens the score is usually a lot uglier. Oh, and it looks like Michigan has the answer to losing star point guard Darius Morris to the NBA, and it's freshman Trey Burke.

Crowning champions: One week after Northwestern won the Charleston Classic, Illinois, Indiana and Wisconsin added to the Big Ten's list of tournament champions, winning the Cancun Challenge, the Hoosier Invitational and Chicago Invitational Challenge, respectively. Illinois' D.J. Richardson, Indiana's Will Sheehey and Wisconsin's Jordan Taylor took home tournament MVP for his respective team. Of the three crowns, the Badgers were the most dominant, beating UKMC, Bradley and BYU by an average of 28.7 points per game.

Impression of the week: Minnesota could be in big trouble. Star forward Trevor Mbakwe went down with a right knee injury in Sunday night's loss to mid-major Dayton. The senior was a preseason All-Big Ten selection, this after averaging 13.9 points and 10.5 rebounds last year. In five games this season, not including Sunday, those numbers were 14.8 and 10. If this proves to be a serious injury, Minnesota won't only lose its best player, but its most physical player. It could completely derail the Gophers' season, and that's not hyperbole. Mbakwe is scheduled to get an MRI on Monday, according to the school. Here's a tweet from Mbakwe:

Lord please get me through this

Impression of the week II: What happened to Iowa? No one was predicting the Hawkeyes would win the Big Ten title, or even compete for it, however they entered the season as a popular sleeper team. There was reason for it, too, as Iowa returned all but one significant contributor and was entering its second season in Fran McCaffery's up-tempo system. It's still very early, but the Hawkeyes (4-2) are struggling, highlighted by a 77-61 loss to Campbell. Yes, those perennially dangerous Fighting Camels. While Iowa also suffered a double-digit loss to underrated Creighton this past week, the bigger story is the struggles of sophomore Melsahn Basabe, who has scored two points in each of the last three games.

Odd stat of the week: Wisconsin's Jared Berggren – In 21 minutes of a 77-31 win over UMKC, the 6-foot-10 big man posted zero rebounds. This from a guy who averages 6.4 rebounds per contest when you eliminate that performance.

Keep your eye on…: Wisconsin's Ben Brust – It's well known that Brust only played 45 minutes last season and that he's the Badgers' leading scorer, at 12.8 points per game. What's lesser known, however, is how his role impacts the Badgers. He's the sixth man, and a lot like Aaron Craft with Ohio State a year ago, he completely changes the game when he comes off the bench. While Craft immediately impacted the game with his lockdown defense, Brust does it with his outside shooting, forcing opponents to account for his shooting range, thereby opening things up for the rest of the Badgers.