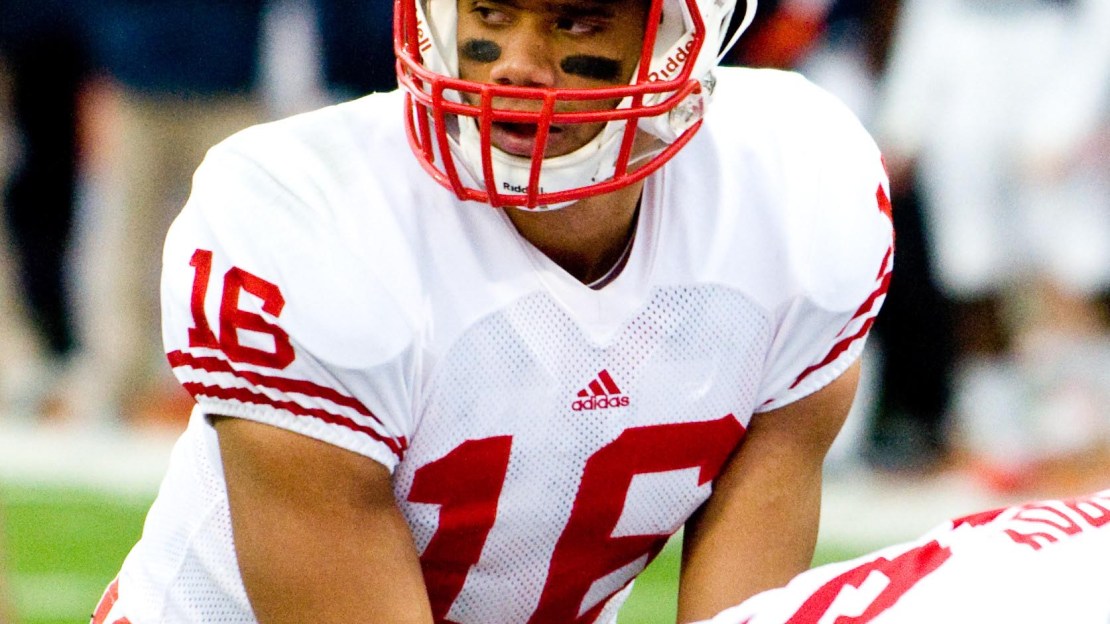 Every week during the football season, Brent Yarina posts his latest Big Ten Power Rankings. Week 12 saw Michigan State clinch the Legends Division and a spot in the Big Ten title game. As for the power rankings, they are not meant to mimic the Big Ten standings. What fun would that be? They aren?t scientific, either. They?re simply Brent?s thoughts on where each Big Ten team stands after its latest game and entering its next contest. Agree? Disagree? Tweet @BTNBrentYarina.

1. Wisconsin (9-2, 5-2) - Even with a season-low 285 total yards, the Badgers managed to score 28 points and rally past Illinois on the road. Montee Ball was the offense Saturday, rushing for a career-high 224 yards and scoring three more touchdowns. Any debate over Big Ten Player of the Year should be silenced by Ball's last three performances: 232 total yards, 3 TDs vs Purdue; 171 total yards, 3 TDs at Minnesota; 223 total yards, 3 TDs at Illinois.
Last week: No. 1
Next game: vs. Penn State

2. Michigan State (9-2, 6-1) - Congrats to the Spartans, the first Legends Division champions and a participant in the inaugural Big Ten Football Championship Game. Michigan State is playing as well as any team in the Big Ten, and much of the credit goes to QB Kirk Cousins, who has thrown for 828 yards and eights TDs, with no INTs, in three games since struggling at Nebraska.
Last week: No. 2
Next game: at Northwestern

3. Michigan (9-2, 5-2) - It's official, this defense is legit. One week after limiting Illinois to 37 rushing yards, on 33 carries, the Wolverines held Nebraska's prolific rush attack to 138 yards. Add it all up, and Greg Mattison's defense has surrendered only 2.7 yards per carry in its last two games, both against run-first teams. Not only is Michigan taking away its opponent's strength, it's also doing its part on offense, where RB Fitzgerald Toussaint is emerging into a star.
Last week: T-No. 4
Next game: vs. Ohio State

4. Penn State (9-2, 6-1) - Under Joe Paterno this season, the Nittany Lions rotated between Matt McGloin and Rob Bolden at quarterback. Under interim coach Tom Bradley, however, they are rotating between McGloin and athletes under center. That's right, Penn State has implemented the Wildcat in the post-Paterno era, and it's given opponents something new to think about. Speaking of running backs, Stephfon Green, who did very little the first 10 weeks, has 164 rushing yards and four touchdowns the last two games.
Last week: T-No. 4
Next game: at Wisconsin

5. Nebraska (8-3, 4-3) - Since handing out the iconic Blackshirts following an impressive 24-3 win over eventual Legends Division champ Michigan State, the Huskers have gone 1-2. More distracting: the defense is primarily responsible for both defeats, allowing 73 points against Northwestern and Michigan. Bo Pelini, Carl Pelini and company have their work cut out with prolific Iowa looming on short rest.
Last week: No. 3
Next game: vs. Iowa

6. Northwestern (6-5, 3-4) - The Wildcats should feel great about winning four in a row, the latest making them bowl eligible, on the heels of a forgettable five-game skid. That said, it's always smart to keep things in perspective. Northwestern's wins during this streak have come against teams with a combined 15-29 record. Take away the upset win at Nebraska, and that number is 7-26. Still, the way Dan Persa is playing, this is a dangerous team – as long as the defense shows up.
Last week: No. 6
Next game: vs. Michigan State

7. Iowa (7-4, 4-3) - The Hawkeyes are a frustrating team this year, but there's nothing frustrating about watching WR Marvin McNutt make highlight-heel catches and torch secondaries. The star wide receiver has dropped jaws each of the past two weeks, the first time on an incredible one-handed catch last week (watch and rate the play!) and the second on a juggling catch and powerful run for a score Saturday (watch and rate the play!).
Last week: No. 7
Next game: at Nebraska

8. Ohio State (6-5, 3-4) - Let me copy and paste what was said in this space last week: It's time for the Buckeyes to open up the old playbook, because it's too hard for a team to have consistent success when it's one dimensional and completing a handful of passes every week. Even with star receiver DeVier Posey back from suspension Saturday, Braxton Miller completed just seven passes. Sadly, that tied for his second-best total in Big Ten play.
Last week: No. 8
Next game: at Michigan

9. Purdue (5-6, 3-4) - The Boilermakers have been a very solid home team, but it's really hard for even the nation's top teams to win when they commit four turnovers. Purdue found this out in Saturday's defeat against Iowa, and it now has to go on the road, where it is 0-4, and beat Indiana in the season finale to become bowl eligible.
Last week: No. 9
Next game: at Indiana

10. Illinois (6-5, 2-5) - Make it five consecutive losses for Ron Zook and Illinois. Indiana aside, no Big Ten team is struggling more than the Illini. They can't run the ball with any success, usually a staple of Zook's teams, they can't get consistent play out of their quarterback, something no one would have predicted the way Nathan Scheelhaase opened the season, and they're struggling on defense, having allowed 27.8 points per game in its four Big Ten home contests.
Last week: No. 10
Next game: at Minnesota

11. Minnesota (2-9, 1-6) - The Gophers have made strides since being outscored 144-31 in their first three Big Ten games, but they're still not consistent enough in any facet. MarQueis Gray is the perfect example of Minnesota's inconsistent ways. While the quarterback has displayed his potential (19-23 for 295 yards, 3 TDs; 71 rushing yards against Michigan State), he's had far too many games with completion percentages under 50 percent (4, plus two at exactly 50) and no passing touchdowns (6).
Last week: No. 11
Next game: vs. Illinois

@BTNBrentYarina NW ahead of Iowa? You crazy.

@BTNBrentYarina Rankings look solid to me. I'm hoping the 'cats can take care of Sparty next week to really earn that #6.

@BTNBrentYarina Anyone that actually watches #B1G football won't agree with 6 win Northwestern at #6, especially with a blow out coming up!