Back And Forth: Big Ten's Best RB 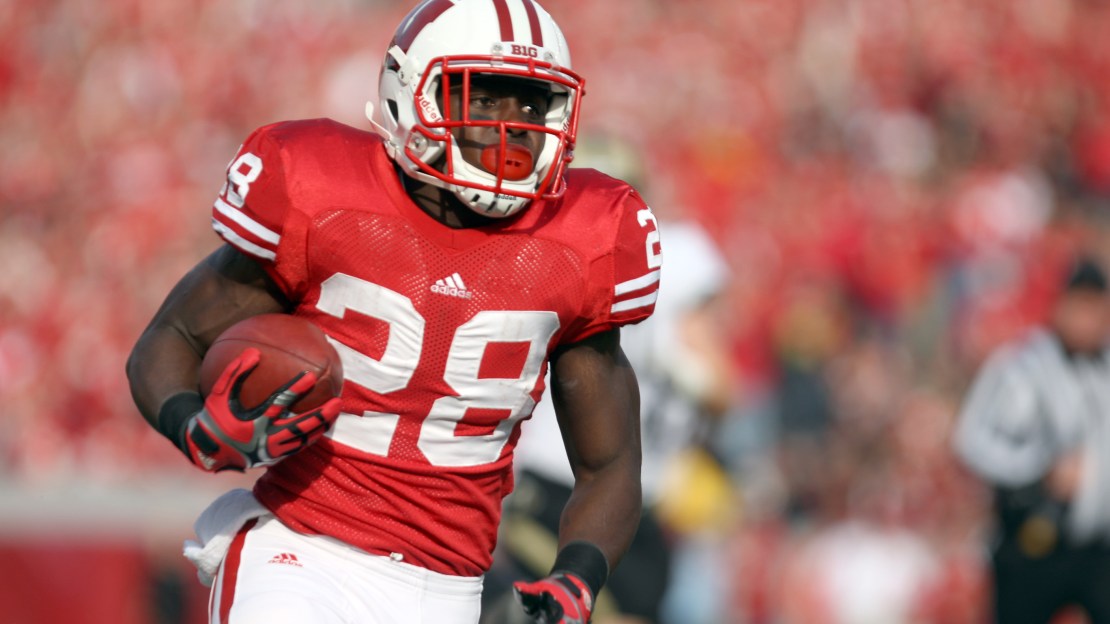 Like running backs? You're in luck, because the position is becoming a point of strength in the Big Ten this season (see the stats). There's Iowa's Marcus Coker, Nebraska's Rex Burkhead, Ohio State's Dan Herron, Penn State's Silas Redd and Wisconsin's Montee Ball. But who's the best of the bunch? That's the topic BTN web editor Brent Yarina and BTN senior writer Tom Dienhart discussed over email Monday. Read the entire thread in this post.

Brent:  There?s a ton of Big Ten running backs having really good seasons this year. I saw in your latest trophy tracker that you had Iowa?s Marcus Coker as the leader for the OPOY and Running Back of the Year. What?s the case for Coker over all the other talented guys?

Tom: I just love how physical and tough Coker is. He?s a 230-, 240-pound wrecking ball who has literally and figuratively put the Hawkeyes on his back and carried them through the middle part of the season.

Brent: That he has. Coker is a beast, and he?s getting into the end zone at a great rate, too, scoring twice in each of the past four games. Speaking of touchdowns, I have to take Montee Ball for the title of Big Ten?s best back. Like Cris Carter before him, all he does is score touchdowns. Seriously. The guy has at least two touchdowns in every game this season and has had a pair of three- and four-score days. Yes, he plays behind the conference?s best offensive line, but he?s well on his way to putting his name up there with Ron Dayne, numbers-wise. Ball may never be held out of the end zone in a game the rest of his career.

Tom: I like Ball, too. In fact, the Big Ten is loaded with great backs, with Silas Redd at Penn State, Rex Burkhead at Nebraska and Dan ?Boom? Herron of Ohio State also worthy of mention. But in the Coker-Ball debate, ask yourself this, Brent: If you took Coker off the Iowa roster and Ball off the Wisconsin roster, which team would be worse off? I think we all know the answer: Iowa. Coker plays a more vital role to Iowa than Ball to Wisconsin, as the Badgers have more weapons. Chief among those is a Heisman Trophy-caliber quarterback in Russell Wilson. And the Badgers also have another great back in James White, a luxury the Hawkeyes lack. Still, despite being the main weapon for Iowa and main focus of defenses, Coker STILL has thrived to pace the Big Ten in rushing yards. Oh, and his team still controls its destiny in division play. Ball?s team? It doesn?t.

Brent: Excellent points, especially the one about Coker?s importance to his team. He?s definitely more important than Ball, who has White and Wilson. Still, if talking about the best running back, not the most valuable, it?s tough to ignore Ball?s incredible play and stats. Heck, he has eight more rushing touchdowns than his closest competitor (Burkhead)! I agree Coker, Burkhead, Redd and Herron are more valuable to their teams – the latter is the wild card in this race. Herron has been terrific since returning from suspension, to the point where I almost feel robbed that we didn?t get to see that Ohio State offense, with Terrelle Pryor, DeVier Posey and Herron, for one final season. That?s another story, though.

Tom: Yes, I have to think Ohio State probably would have runaway with a seventh Big Ten title in a row this season had the Buckeyes had Pryor, Posey, Adams and Herron. Coker vs. Ball is like steak vs. lobster. You really can?t make a bad choice. In addition to their vast running skills, each can catch, as Coker has 15 receptions while Ball has 13. Still, in Big Ten football, give me Coker. He may lack Ball?s explosiveness, but Coker excels at running between the tackles, moving the chains and breaking tackles, all of which wears down defenses. Coker is a true workhorse-and the best running back in the Big Ten.

Brent: Argument over! No, there's probably no sure-fire choice. Thanks for your time.

Here are the picks that Big Ten fans tweeted to @BTNBrentYarina:

@BTNBrentYarina It has to be Penn State's Silas Redd. A north/south power runner who can be depended upon to get the needed yardage.

@BTNBrentYarina the one and only Monte "Money" Ball

@BTNBrentYarina Dan Herron is a tank. Picked up right where he left off before suspension RT Who's the #B1G's best RB this season, and why?

@BTNBrentYarina Boom Herron. On the field, his vision is unparalleled. Killing it after his suspension, woulda been in award talk.

@BTNBrentYarina Rex Burkhead, he's a workhorse during the game, a closer at the end, and reliable.He always wants it more than anyone else

@BTNBrentYarina Daniel "Boom" Herron. His return completely resurrected a program. Probably don't lose at Nebraska if he is in the game.

@BTNBrentYarina montee ball, because you're clearly not watching closely if you say anybody else.

@BTNBrentYarina Herron, even though I'm a mich fan. The impact he has had on them is incredible – they are a new team with him back

@BTNBrentYarina Rex Burkhead because he's the heart and soul of our offense. Without him, we probably wouldn't beat Michigan State.

@BTNBrentYarina seriously? no way its not Montee Ball. When he went out against MSU, Sparty made their comeback from 0-14. #endofstory

@BTNBrentYarina easily @MomentOfSilas25 ! he is the reason we are 8-1 without him we would be 1-8

@BTNBrentYarina Win or lose, it's still Rex Burkhead. He's more than just stats – He's the heart of a team.

@BTNBrentYarina Montee Ball if you're looking at stats Coker is a stud and Rex Burkhead is right there with 'em all.

@BTNBrentYarina Homer pick: SIlas Redd… hasn't had much of a passing game to help him lead the conference in yards.

@BTNBrentYarina with the workload and results Marcus Coker has seen this year, it would be hard not to go with him