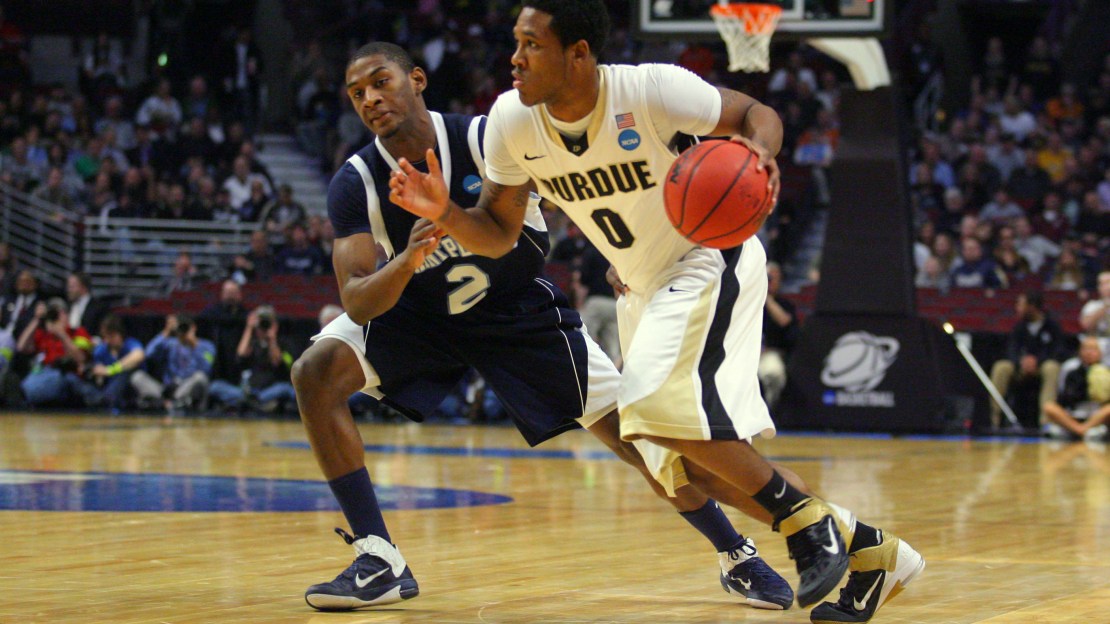 It's always fun trying to predict the next breakout players, the Trevor Mbakwes and Darius Morrises of last season. To me, those are the true breakout players, the guys who didn't do much of anything the previous season(s) before figuring things out and making a name for themselves. How about possible 2011-12 Big Ten breakout players? See my five candidates in this post.

Meyers Leonard, Soph., Illinois – No matter who you ask, Leonard's freshman season was a complete disaster. The highly touted recruit didn't come close to living up to the hype, and it showed in his playing time (8.2 minutes per game). Reports indicate he's matured, and with Mike Tisdale and Mike Davis out of the picture, he has a great chance to take advantage of this opportunity.
2010-11 stats: 2.1 ppg, 1.2 rpg

Will Sheehey, Soph., Indiana – Sheehey has no shortage of athletic ability – something Indiana fans know very well from his highlight-reel dunks. The Florida kid provided brief flashes of what he's capable of doing as a freshman, although he was far too inconsistent in every facet of the game to garner serious minutes. That will change this year.
2010-11 stats: 4.8 ppg, 2.1 rpg, 0.4 apg

Adreian Payne, Soph., Michigan State – Take one look at Payne, and you can't help but predict huge things for the 6-foot-10 Spartan. Blessed with an NBA body, Payne battled inconsistencies and foul trouble (averaging a foul every 7 minutes) as a freshman. In Year 2, he will get plenty of run and he has the size, length and skills to become a terrific defender and lead the Big Ten in blocks.
2010-11 stats: 2.5 ppg, 2.4 rpg, 0.8 bpg

Alex Marcotullio, Jr., Northwestern – Replacing point guard Juice Thompson will be no easy task, but Marcotullio is ready for the challenge. The guy can shoot, dish and take care of the ball, evidenced by a 2-1 assist-to-turnover ratio last season. Having John Shurna and Drew Crawford at his disposal will only make the transition easier.
2010-11 stats: 6.2 ppg, 2.5 rpg, 2.1 apg

Terone Johnson, Soph., Purdue – Someone has to join Robbie Hummel and Lewis Jackson in helping the Boilers replace JaJuan Johnson and E'Twaun Moore's production, and Johnson is a strong candidate. While he struggled from the floor as a freshman, he has a scoring pedigree and is improving as a defender, always a positive for a Matt Painter player.
2010-11 stats: 4.9 ppg, 2.5 rpg, 1.7 apg

First guy off the bench
Eric May, Jr., Iowa – May oozes athleticism, and he can be a force on both ends of the floor. He lost his starting job last season in Fran McCaffery's first season, but the junior has improved a ton, according to Matt Gatens and Bryce Cartwright, and figures to be a big part of what Iowa does on offense and defense.
2010-11 stats: 7.8 ppg, 2.9 rpg, 1.3 apg