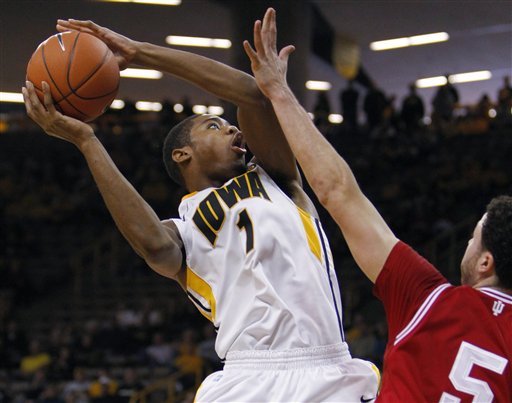 For the fifth consecutive season, every regular-season Big Ten men's hoops conference game will be nationally televised. On Wednesday, the Big Ten office released that BTN will air 64 men's conference games, to go along with what CBS and ESPN will carry. All together, it means Big Ten fans can once again catch every Big Ten game. See the entire schedule inside and get Brent Yarina's top 5 Big Ten games.

Brent's Top 5 BTN Games
1. Indiana at Purdue/Purdue at Indiana, 7 ET Feb. 4/6 ET March 4 – The series has been down since the Kelvin Sampson mess set Indiana back a few years, but there are few rivalries that top this one. Purdue returns Robbie Hummel and expects to compete for the Big Ten crown, while Indiana welcomes back almost all of its youthful roster and adds freshman Cody Zeller. This could be the year that the rivalry starts to become competitive again.

2. Ohio State at Northwestern, 8:30 ET Feb. 29 – Northwestern, as everyone knows, is still searching for its first NCAA tourney appearance. With John Shurna and Drew Crawford, among others back, the Wildcats figure to be in contention for that elusive first berth. A win over likely very high-ranked Ohio State would serve as that all-important signature win. Before you roll your eyes, don't forget that the Wildcats scared the top-ranked Buckeyes in last season's 58-57 decision in Evanston.

3. Minnesota at Wisconsin, 8 ET Feb. 28 – Bet you didn't know Minnesota has won three of the past four meetings in this heated series. One of those wins came at the Kohl Center, too, where the road team barely ever wins. The Gophers return star big man Trevor Mbakwe and figure to be a formidable opponent, so the chance for another road upset could be there. They'll have to do it in front of a raucous Kohl Center, though.

4. Minnesota at Illinois, 7:30 ET, Dec. 27 – It's BTN's first conference game of the season, in addition to the teams' Big Ten openers, and that's enough to get me interested. Be honest, at this point in the season, you're beyond frustrated with all the non-conference mismatches and can't wait to watch some competitive action. This one should deliver.

5. Indiana at Michigan State, 7:30 ET Dec. 28 – This is another conference opener for both teams, but it also pits Tom Crean and Tom Izzo, former Michigan State assistants and friends, against each other. The Hoosiers are coming off a third straight down year, however they took the Spartans to overtime last season at the Breslin Center before falling 84-83.

All dates and times subject to change All Times Eastern

This hoops season, don?t forget about our awarding winning series, ?The Journey.? We?ll also have ?Big Ten Basketball And Beyond,? and the ?Tip-off Show? back for another season. Oh, and give our expert analyst, @BTNJimJackson, a follow on Twitter.

Check out the full release from BigTen.org:

"Sixty-four Big Ten men?s basketball conference games will appear on BTN during the 2011-12 regular season, marking the fifth consecutive year that every regular-season conference game will be nationally broadcast.

BTN will carry the first game of the conference season as Illinois hosts Minnesota at 7:30 p.m. ET on Dec. 27. BTN will typically air one game on Tuesday nights, before or after the start of the ESPN game that same evening. BTN will also broadcast Super Wednesday doubleheaders with games typically starting at 6:30 and 8:30 p.m. ET. BTN will also carry games on Thursdays and frequent Saturday and Sunday doubleheaders throughout the season.

The Big Ten Men?s Basketball Tournament will be held Thursday, March 8, through Sunday, March 11, at Conseco Fieldhouse in Indianapolis. With the expansion of the Big Ten to 12 teams, the tournament will feature 11 games for the first time in history. All games will be broadcast nationally on ESPN, ESPN2, BTN and CBS Sports. BTN will carry the first two games on Thursday and the two primetime contests on Friday."