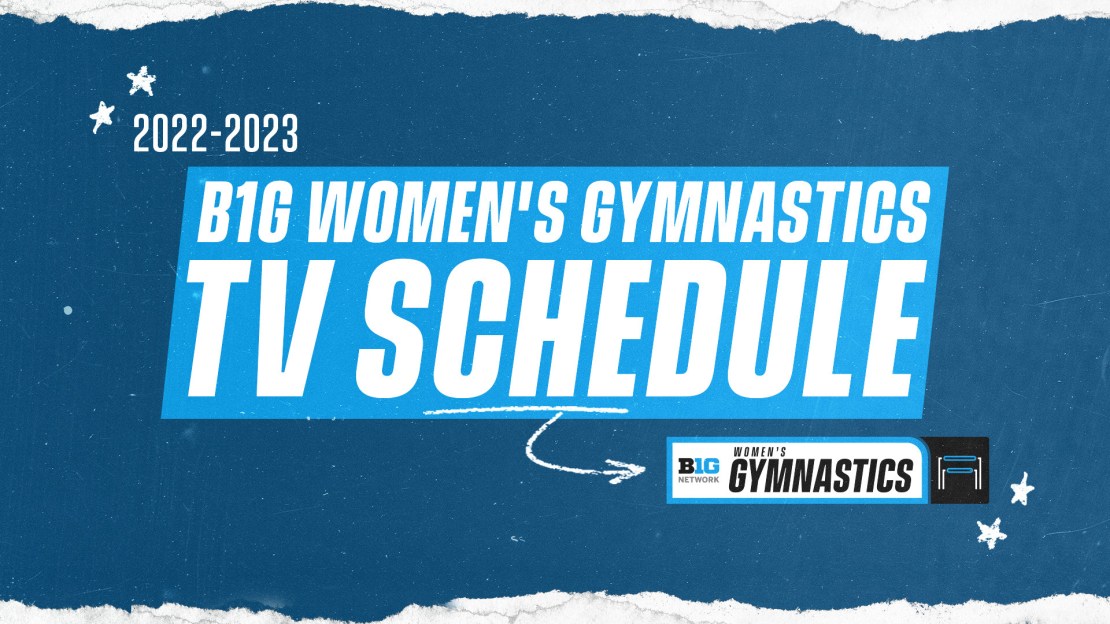 Following the season opening broadcast of the Super 16 from Las Vegas, the Big Ten Network continues its 2023 gymnastics coverage later this month, including a top-15 rivalry meet between No. 4 Michigan and No. 13 Michigan State.

On Friday, Feb. 24 and Saturday, Feb. 25, BTN will provide live coverage of the Big Ten's annual Big Five meets. Coverage of two additional quad meets involving Big Ten squads will also be televised - one live, and one on delay (streamed live on B1G+).

Season long coverage concludes on Saturday, March 18, with two live sessions televised from the Big Ten Championships in Iowa City. Throughout the season, another 40 women's gymnastics events will be live streamed on B1G+, the Big Ten Network's home for non-televised events, replays, archives of original programming and classic games. School and conference subscriptions, starting as low as $9.95 per month, are available here.