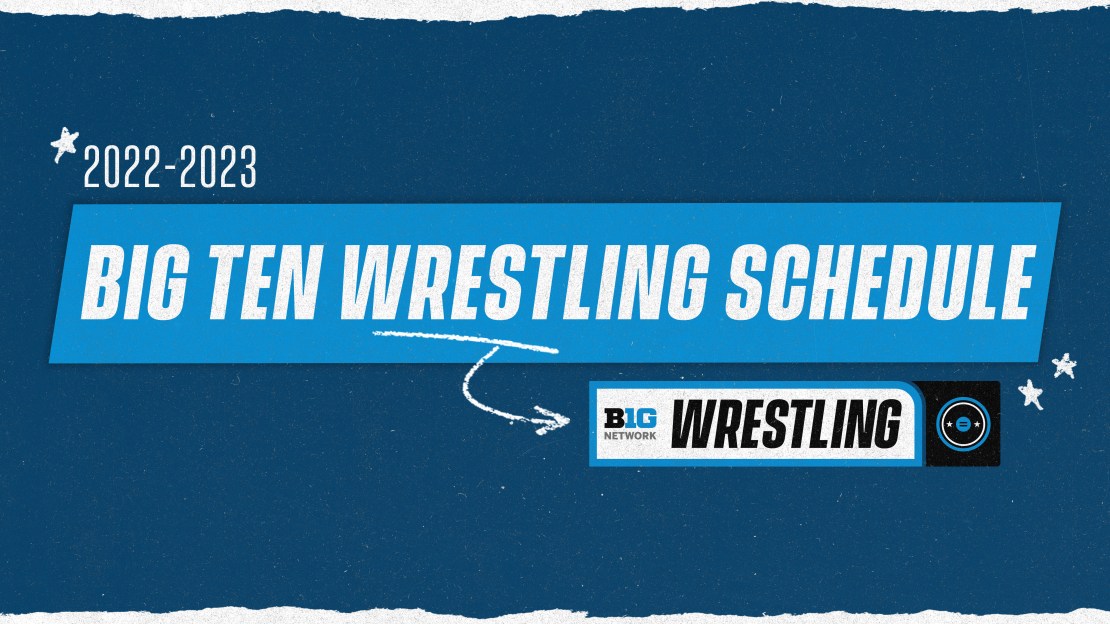 The nation's most dominant wrestling conference returns to the Big Ten Network this fall in search of a 16th consecutive NCAA Championship, with 24 duals airing live on BTN and the FOX Sports app.

Action starts on Sunday, Dec. 4, with the Cy-Hawk dual as Iowa looks to extend its streak to 18 consecutive wins over Iowa State at 2:30 p.m. ET. Conference wrestling on the network begins in 2023 with a Friday night doubleheader on Jan. 6, featuring Ohio State at Indiana at 7 p.m. ET, followed by Penn State at Wisconsin at 9 p.m. ET.

B1G Wrestling & Beyond will return in January of 2023 with host Rick Pizzo and analyst Shane Sparks taking you around the Big Ten with an assortment of highlights, analysis and guests.

More than 60 additional contests will be available for streaming on B1G+, BTN's home for non-televised events and on-demand archives. Subscription options include a conference wrestling pass, which delivers all Big Ten wrestling on B1G+, for just $69.99 per year.

Complete details regarding Big Ten Wrestling Championships coverage on BTN, the FOX Sports app and B1G+ will be announced at a later date.

The Big Ten Network's wrestling schedule is below and is also subject to change.

About The Big Ten Network

A joint venture between the Big Ten Conference and Fox Networks, Big Ten Network is the first internationally distributed network dedicated to covering one of the premier collegiate conferences in the country. With more than 2,200 live events across all platforms, the 24/7 network is the ultimate destination for Big Ten fans and alumni across the country, allowing them to see their favorite teams, regardless of where they live. The Fox Sports App is the digital extension of the Big Ten Network, delivering live games and on-demand programming to Big Ten Network customers via the web, smartphones, and tablets. Network events include football, men's and women's basketball games, dozens of Big Ten Olympic sports and championship events, studio shows and classic games. With over 1,700 events annually, B1G+ is the subscription streaming service for thousands of live non-televised games, next day on-demand archives, 14 school channels programmed 24 hours a day and access to Big Ten Network's library of previous season classics and original programming. Original programming highlights activities and accomplishments from some of the nation's finest universities, including the Emmy-nominated The Journey. The network is carried by all the major video distributors across the United States and Canada, such as DIRECTV, DISH, Verizon Fios, Spectrum, Xfinity, Optimum, Cox Contour TV, Mediacom, Astound Broadband and approximately 300 additional video providers across North America. Big Ten Network is also available through the majority of streaming providers, including DIRECTV Stream, FuboTV, Hulu + Live TV, Sling TV, Vidgo and YouTube TV. For additional information, please visit www.btn.com.