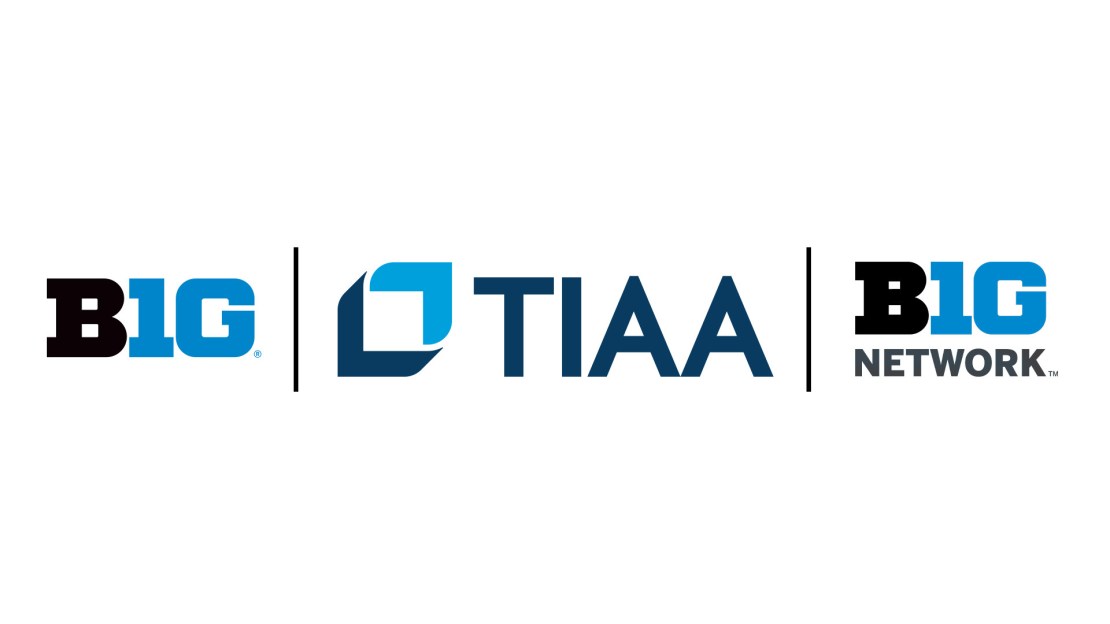 "The Big Ten Conference is proud to partner with TIAA for both our Big Ten Basketball Media Days and our Men's and Women's Basketball Tournaments," said Big Ten Commissioner Kevin Warren.  "The Big Ten Conference and TIAA, under the leadership of TIAA President and CEO, Thasunda Brown Duckett, embrace similar values associated with gender equality, diversity, equity, inclusion, financial stability, and empowering our future leaders. We look forward to our partnership and elevating our men's and women's basketball programs."

TIAA, a leading provider of secure retirements and outcome-focused investment solutions, will present the on-air coverage of all 22 tournament games (12 women's and 10 men's) on BTN. In addition to on-site activation at the Big Ten Conference men's and women's basketball media days, TIAA will have activation at conference tournaments and promotional assets across BTN's linear, digital and social media platforms.

"For more than 100 years, TIAA has helped those who serve others reach their goals," said Micky Onvural, TIAA chief marketing & communications officer. "Today, we're proud to continue our support of the Big Ten Conference and the student athletes working toward theirs on and off the court."

TIAA currently partners with the NCAA and the Women's Sports Foundation on the #RetireInequality initiative, aimed at reducing the 30% retirement income gap between men and women.

"Following the overwhelming success of last year's men's and women's basketball tournaments - both were the most watched in Big Ten Network history - we are thrilled to welcome TIAA back as an official partner," said BTN President François McGillicuddy.

About the Big Ten Conference

The Big Ten Conference is an association of world-class universities whose member institutions share a common mission of research, graduate, professional and undergraduate teaching and public service. Founded in 1896, the Big Ten has sustained a comprehensive set of shared practices and policies that enforce the priority of academics in the lives of students competing in intercollegiate athletics and emphasize the values of integrity, fairness and competitiveness. The broad-based programs of the 14 Big Ten institutions will provide over $200 million in direct financial support to more than 9,500 students for more than 11,000 participation opportunities on 350 teams in 42 different sports. The Big Ten sponsors 28 official conference sports, 14 for men and 14 for women, including the addition of men's ice hockey and men's and women's lacrosse since 2013. For more information, visit http://www.bigten.org.

About The Big Ten Network

A joint venture between the Big Ten Conference and Fox Networks, Big Ten Network is the first internationally distributed network dedicated to covering one of the premier collegiate conferences in the country. With more than 2,200 live events across all platforms, the 24/7 network is the ultimate destination for Big Ten fans and alumni across the country, allowing them to see their favorite teams, regardless of where they live. The Fox Sports App is the digital extension of the Big Ten Network, delivering live games and on-demand programming to Big Ten Network customers via the web, smartphones, and tablets. Network events include football, men's and women's basketball games, dozens of Big Ten Olympic sports and championship events, studio shows and classic games. With over 1,700 events annually, B1G+ is the subscription streaming service for thousands of live non-televised games, next day on-demand archives, 14 school channels programmed 24 hours a day and access to Big Ten Network's library of previous season classics and original programming. Original programming highlights activities and accomplishments from some of the nation's finest universities, including the Emmy-nominated The Journey. The network is carried by all the major video distributors across the United States and Canada, such as DIRECTV, DISH, Verizon Fios, Spectrum, Xfinity, Optimum, Cox Contour TV, Mediacom, Astound Broadband and approximately 300 additional video providers across North America. Big Ten Network is also available through the majority of streaming providers, including DIRECTV Stream, FuboTV, Hulu + Live TV, Sling TV, Vidgo and YouTube TV. For additional information, please visit www.btn.com.

TIAA is a leading provider of secure retirements and outcome-focused investment solutions to millions of people and thousands of institutions. It is the #1 not-for-profit retirement market provider 1, paid more than $6.4 billion in lifetime income to retired clients in 2021 and has $1.2 trillion in assets under management (as of 6/30/2022) 2

2 As of June 30, 2022 assets under management across Nuveen Investments affiliates and TIAA investment management teams are $1,222 billion.