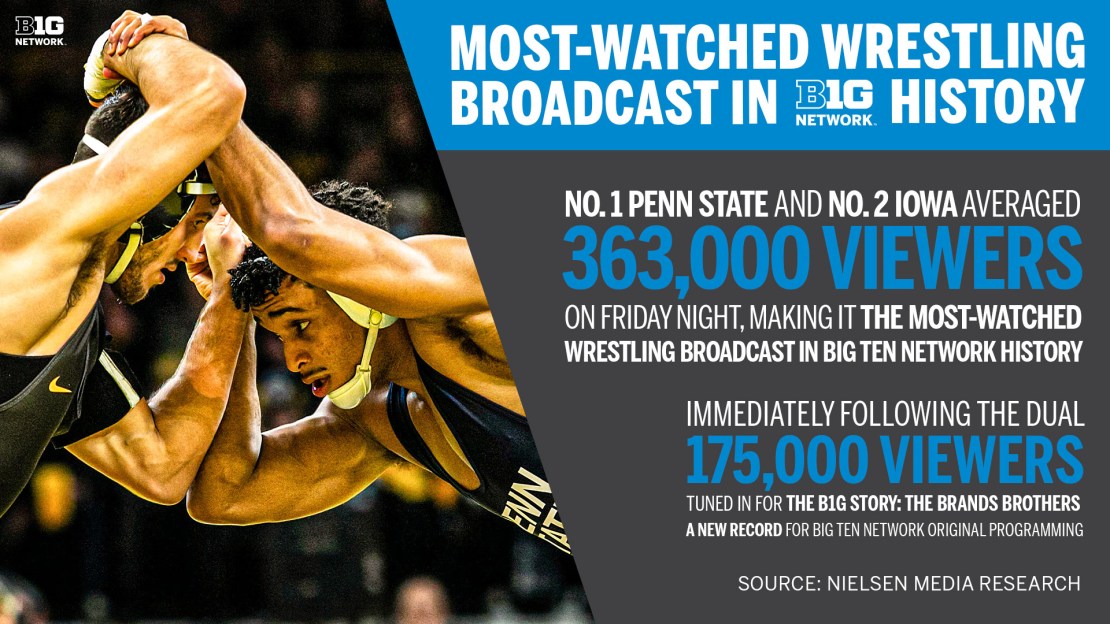 Last Friday's (Jan. 28) dual between top-ranked Penn State and No. 2 Iowa averaged 363,000 viewers, making it the most-watched wrestling broadcast in Big Ten Network history. The previous record was 343,000 viewers, also set by Penn State vs. Iowa in January of 2020.

Immediately following the dual, 175,000 viewers tuned in for The B1G Story: The Brands Brothers. The 175,000 viewers set a new record for Big Ten Network original programming, which was previously held by an episode of On The Mat with 146,000 viewers.

Friday's viewership continues a promising trend of increased wrestling audiences on the Big Ten Network, which grew by +23% last season to an average audience of 150,000.

BTN's wrestling coverage continues this weekend with four duals featuring ranked teams, beginning with No. 8 Ohio State travelling to Happy Valley to take on No. 1 Penn State. This weekend's television schedule is below and all matches can be streamed live on the FOX Sports app.