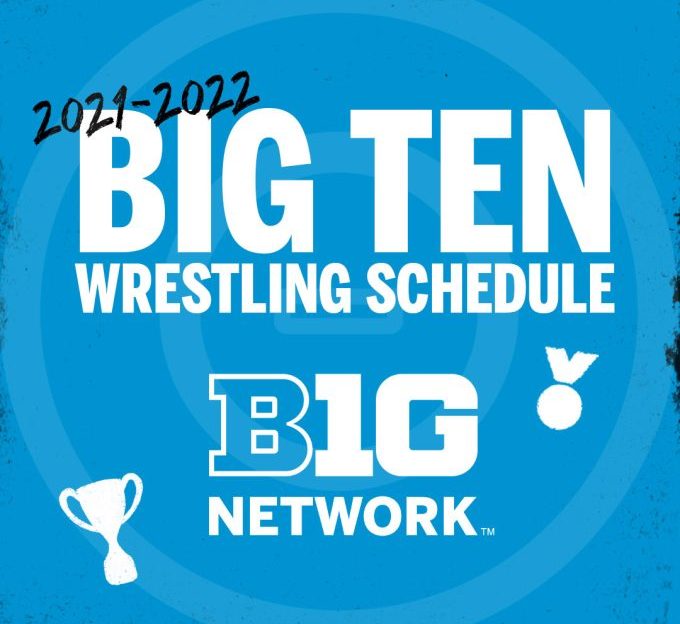 The Big Ten's race to a 15th consecutive NCAA Championship begins on Wednesday, Nov. 17, as No. 12 Nebraska welcomes No. 17 North Carolina at 9 p.m. ET. Conference wrestling begins in 2022 with a Friday night rivalry when No. 8 Minnesota visits No. 1 Iowa at 9 p.m. ET on Jan. 7. Additional schedule highlights include a pair of Friday night doubleheaders in January. On Jan. 21, No. 2 Penn State visits Ann Arbor to take on No. 5 Michigan, while top-ranked Iowa visits No. 10 Ohio State. On Friday, Jan. 28, No. 8 Minnesota travels to No. 5 Michigan at 7 p.m. ET and at 9 p.m. ET, No. 2 Penn State travels to take on No. 1 Iowa.

Shane Sparks and Ray Flores will call the action this season on the Big Ten Network, with analysis from Jim Gibbons and Tim Johnson.

All televised matches can be streamed exclusively on the FOX Sports app, while more than 60 additional duals will be available for streaming on B1G+. Additional coverage details for the 2021-22 wrestling season will be announced at a later date.

The Big Ten Network's wrestling schedule is below and is also subject to change.