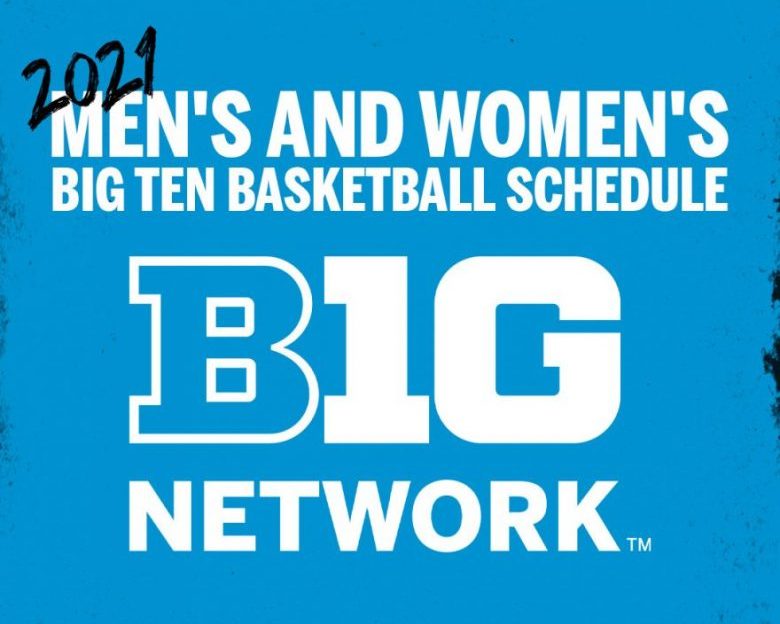 Men's play begins with a non-conference doubleheader on Tuesday, Nov. 9. Eastern Michigan visits Indiana and Jackson State heads to Illinois, in one of nine games on BTN featuring historically black colleges and universities, including Michigan's Nov. 13 appearance in the Coaches vs. Racism HBCU Roundball Classic. Additional non-conference highlights include the debut of Indiana head coach Mike Woodson (Nov. 9) and Penn State head coach Micah Shrewsberry (Nov. 10), a pair of Basketball Hall of Fame Invitational games, with Florida vs. Maryland and North Carolina State vs. Purdue on Sunday, Dec. 12, at the Barclays Center and the Braggin' Rights game between Illinois and Missouri on Wednesday, Dec. 22, in St. Louis.

Men's conference play gets started on Friday, Dec. 3, with Iowa traveling to West Lafayette to take on Purdue at 9 p.m. ET and continues with three more games on opening weekend with Nebraska at Indiana on Saturday, Dec. 4, and Northwestern at Maryland and Ohio State at Penn State on Sunday, Dec. 5. Throughout the season, the Big Ten Network will air more than 75 men's conference basketball games.  An additional 40 men's non-conference basketball matchups will be available via B1G+, the network's home for non-televised events.

The women's schedule is led by a combined 15 appearances for two of the premier players in the game, Iowa's Caitlin Clark and Michigan's Naz Hillmon. Clark, a first team All-American standout as a freshman, makes her debut on Sunday, Dec. 5, at 4 p.m. ET versus Michigan State, while Hillmon, the 2021 Big Ten Player of the Year, makes her debut on Thursday, Dec. 9, at 9 p.m. ET against Wisconsin.

The season begins with a non-conference battle between Baylor and Maryland on Sunday, Nov. 21, at 1 p.m. ET, followed by four Big Ten/ACC Challenge games in primetime on Dec. 1 and 2. Additional highlights include Oregon visiting Northwestern on Tuesday, Dec. 21, and a tripleheader of action on Sunday, Feb.20. Rutgers welcomes Purdue at 1 p.m. ET, Michigan will host Maryland at 3 p.m. ET and Indiana will visit Iowa at 5 p.m. ET. On Friday, Feb. 25, Indiana travels to College Park for a late season game against Maryland with potential Big Ten championship implications.

All basketball programming on the Big Ten Network can be streamed via the web, smartphones, tablets and connected devices on the Fox Sports app.