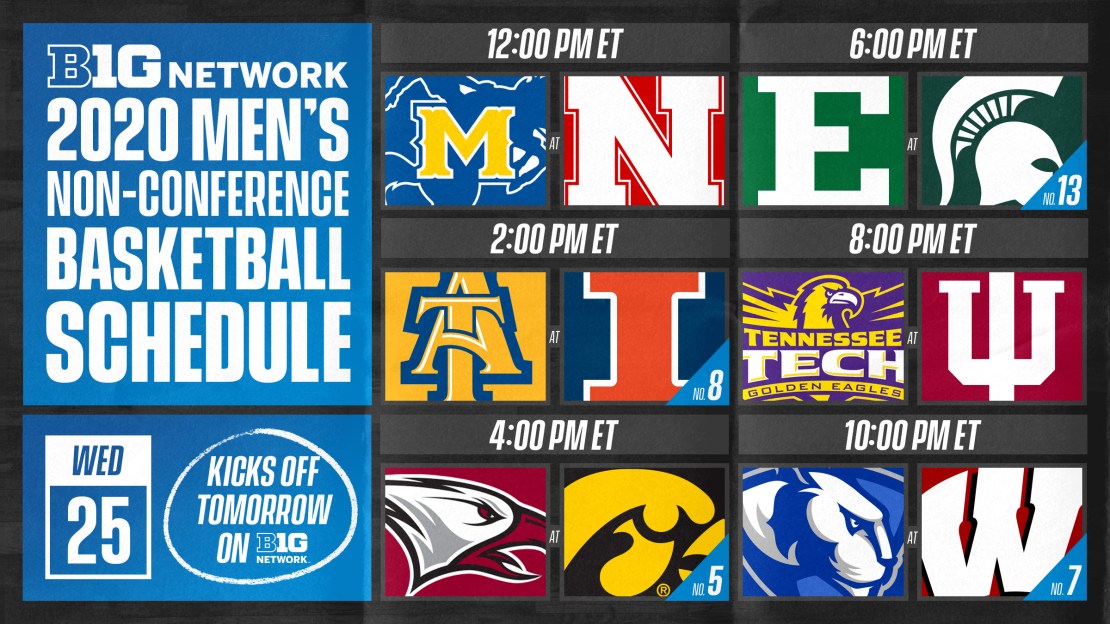 The Big Ten Network today announced its 2020 non-conference television schedule for Big Ten men?s basketball, featuring over 40 games throughout the next three weeks.

The schedule opens tomorrow at noon ET with six consecutive games, 12 hours of action and four teams ranked inside the AP Top 25 when Nebraska, No. 8 Illinois, No. 5 Iowa, No. 13 Michigan State, Indiana and No. 7 Wisconsin make their season debuts. Additional non-conference highlights include Notre Dame at No. 13 Michigan State, Iowa State at No. 5 Iowa, Nebraska at No. 11 Creighton and Seton Hall at Penn State.

All basketball programming can be streamed via the web, smartphones, tablets and connected devices on the Fox Sports app.

Scheduling notes: Games on Saturday, Dec. 5 and Saturday, Dec. 12, will be set following the confirmation of that same date?s corresponding Big Ten football games. The Big Ten Network?s men?s and women?s conference basketball schedules will be unveiled at a later date.