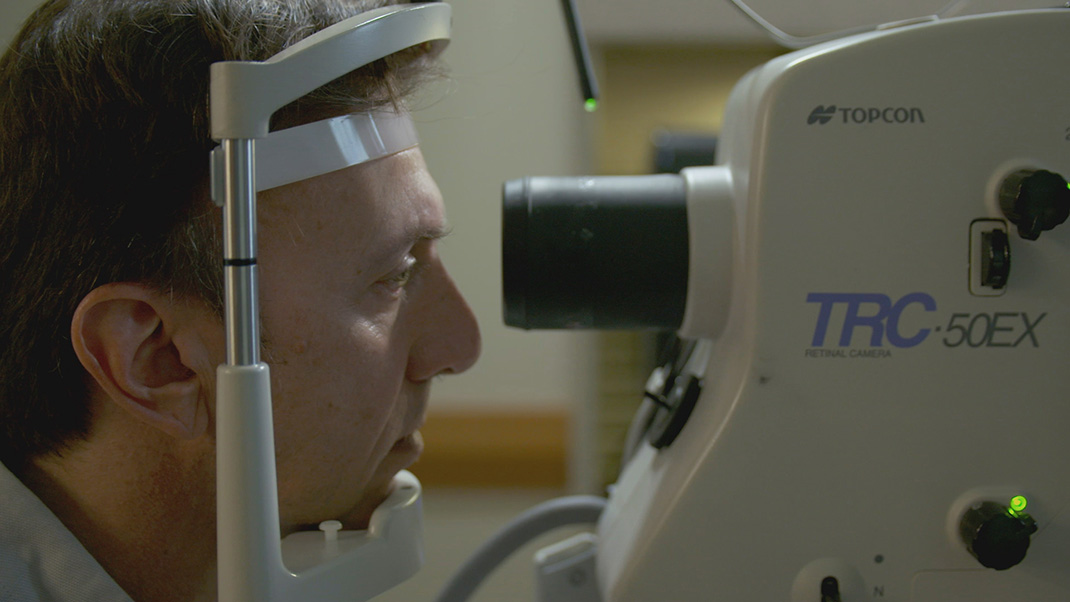 Alzheimer?s disease is a particularly pernicious malady. It quietly, gradually degrades the brain with an overload of proteins that collect into plaques. By the time outward signs present and a PET scan confirms, the progression of the disease is quite often advanced.

But, if there was a way to catch Alzheimer?s earlier, to see its onset in the most nascent of stages, medical researchers postulate that would allow patients to access novel treatments earlier than ever before.

At the University of Minnesota?s Center for Drug Design (CDD), researchers are working towards that goal. First, however, the must surmount the problem of early detection.

?There?s a need to develop something very early, but in order to do that, you have a method of detecting early Alzheimer?s,? says Bob Vince, CDD Director. ?So, one of our projects is to develop a method for early detection and then use that early detection method to follow the progress of a drug that we are trying to develop.?

To that end, Vince and his team designed an imaging camera that looks at the retina. The eye being an extension of the brain, what is going on in the brain of an Alzheimer?s patient is evidenced in the eye. Specifically, the exam, which takes around 8 seconds, scans for elevated levels of a protein known as amyloid beta.

To date, says Swati More, an assistant professor and researcher in the CDD, clinical studies have proven the testing method to be particularly sensitive to cases of Alzheimer?s in their earliest stages, where only mild cognitive impairment presents.

The next step will be to see how it stacks up against amyloid beta PET imaging, the current gold standard in Alzheimer?s diagnostics. PET scans, while effective, have several drawbacks, though, that the Minnesota-developed retinal scan could eliminate.

?This provides us with a non-invasive way to identify Alzheimer?s related symptoms,? notes More. ?PET imaging being invasive, is expensive, requiring radio isotopes. Our technique is not invasive, doesn?t need any extra labels and it?s cost effective for population screening.?

Their hope is to get these cameras into physicians? offices around the world, so that those with predisposition or elevated risk of Alzheimer?s can easily access diagnostic testing.

?Our long-term hope is to be able to have this as a routine eye exam a person gets maybe once a year,? Vince says. ?They can take a scan with our camera and then they can compare the scan each year to the previous one to see if any changes have been made. If they start seeing a variation from their original scan, then they could be a good candidate to keep following up as an Alzheimer?s patient. And, if new drugs are being developed for early Alzheimer, they can be a good candidate for taking these drugs.?