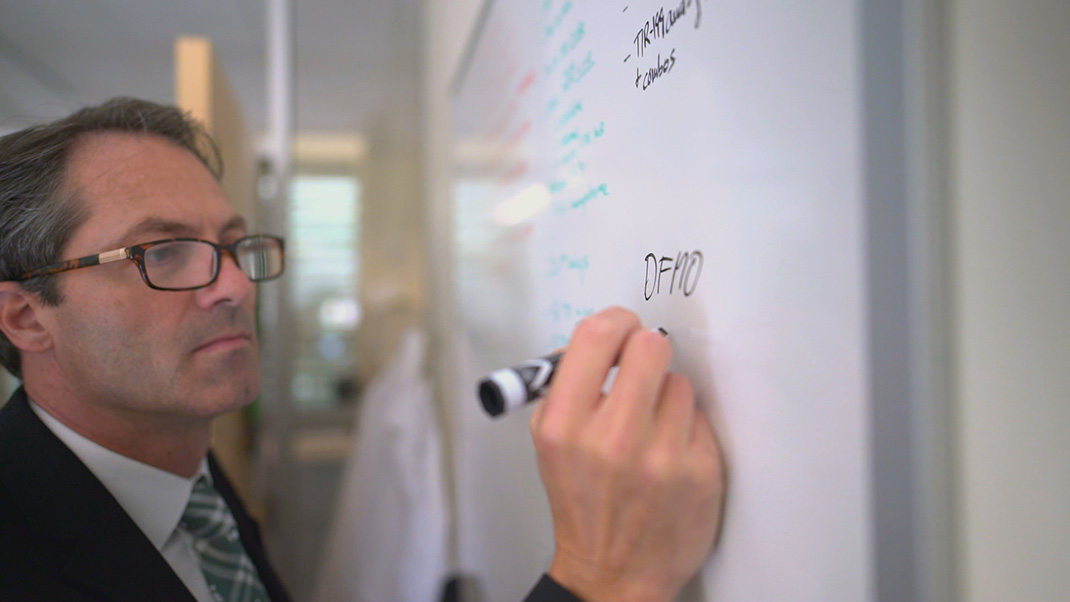 Neuroblastoma is a rare form of tumor that develops in immature nerve cells, called neuroblasts, found near the kidneys. Thus, children are the most susceptible to developing them, with neuroblastoma representing 7 to 10 percent of pediatric cancers.

The treatments are much like any other cancer. Chemotherapy and/or radiation therapy can help shrink and kill neuroblastoma cells. But these treatments are harsh for adults; for children they can be their own kind of illness.

That?s why a team of researchers at Michigan State University led by André Bachmann, PhD, are looking into treatments that are expeditious in more ways than one. 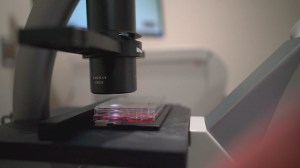 ?Our goal is to find new therapies that are already available but used for different treatments in different diseases,? explains Bachmann, associate chair for research in the Department of Pediatrics at MSU. ?Repurpose those drugs so that we can use those faster, that the patients can be treated more readily, and also save costs because drugs that have already been used somewhere else, they already went through rigorous testing. So, our goal is to speed up the process of treating children with cancer with FDA-approved used drugs.?

The development of new therapies is both costly and time-consuming, luxuries that young cancer patients often are short on. By taping into the well of medications that have already been tested in humans and greenlit for other uses, patients can access critical care much easier.

One example is the drug difluoromethylornithine, or DFMO, which Bachmann has worked with for the past 26 years. It is an effective treatment for Africa Sleeping Sickness that targets a protein found in the parasite that causes the disease. That protein, ODC, is also found in humans, and is important in neuroblastoma. DFMO, over years of clinical study, has shown to be effective not only in killing neuroblastoma cells, but also preventing remission in patients.

Another benefit of the DFMO treatment, Bachmann emphasizes, one that sets it far apart from the intense regimens of chemotherapy, is how little it impacts a child?s quality of life. The water-soluble drug can be taken at home, dissolved into lemonade or as a tablet. ?So, it's also convenience when it's quality of life. It's not just the treatment, which is, of course, the most important part, but the quality of life. These children can go to school. They don't lose their hair. All those things count as well.?

Today, Bachmann?s work mostly revolves around research possibilities and raising the funds needed to operate his lab. To that end, he is quick to note that the researchers working in his lab are a crucial part of discovering potentially life-saving treatments.

Further, Bachmann points out that medical research is inherently a collaborative job. For the clinical trials of his DFMO treatment, 140 patients were enrolled, requiring the combined efforts of 40 hospitals and numerous physicians.

Within the Big Ten Conference, the Big Ten Cancer Research Consortium facilitates collaboration and communication between member institutions as well as assisting with the launch of studies.

?The Big Ten Cancer Research Consortium is important because it provides a large platform to do clinical trials at a larger level or larger scale than a single institution can do,? says Bachmann. ?The Big Ten Cancer Consortium, is absolutely essential to perform larger trials and to learn more about how we can best treat patients.?