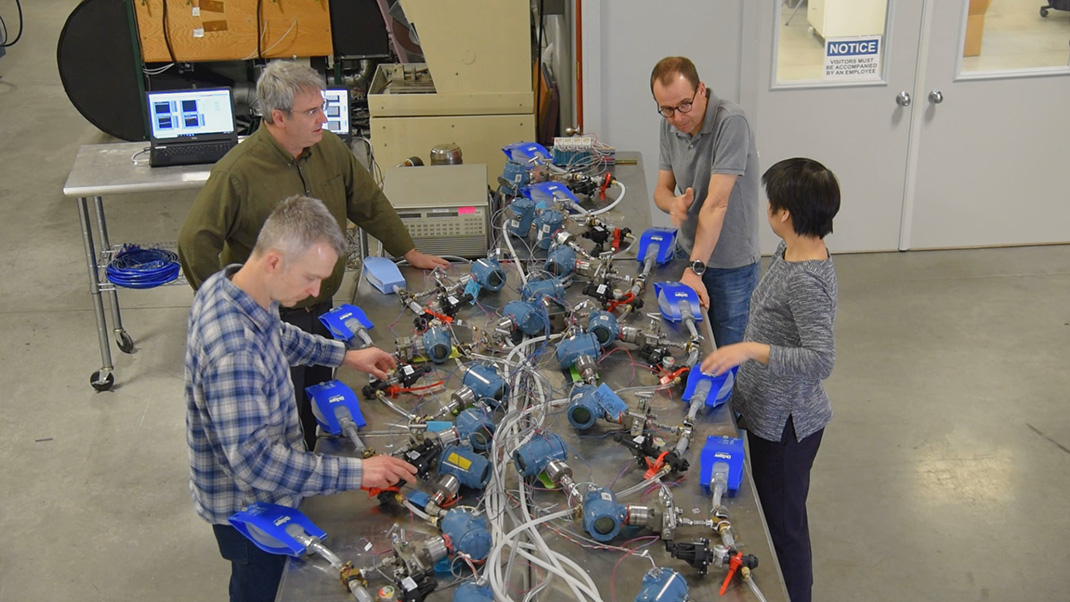 University of Illinois at Urbana-Champaign

In mid-March, representatives from the Carle Foundation Hospital, the teaching facility for the University of Illinois? Carle College of Medicine, reached out to university colleagues for assistance with a dire problem on the horizon. As the coronavirus spread around the nation, the hospital could potentially need hundreds, or even thousands, of ventilator systems.

These are expensive and technically-complex devices that aid in respiration for those with illnesses such as COVID-19. And, they?re not usually a commodity that hospitals have in spades.

Illinois, though, has an ace in the hole: the university?s renowned engineering prowess. Not only is the Grainger College of Engineering one of the nation?s top-rated programs, but the Carle Illinois College of Medicine is one of the first engineering-focused medical programs in the world.

A team quickly assembled to work on alleviating the ventilator problem, not just for Illinois, but for the world.

?Engineers, physicians, designers went to work trying to solve the problem,? explains Bill King, a professor with The Grainger College of Engineering. ?What we did is we identified an emergency ventilator, simple device that's powered by oxygen from a hospital room. It can also be powered by oxygen from a portable tank. And this is a device that is simple, and it can be deployed in an emergency, to help a patient breathe.?

Illinois RapidVent is a simple gas-powered device, it has relatively few moving parts and weighs less than a pound, making it small and portable. It is also relatively-inexpensive making it possible to stockpile hundreds or even thousands of these devices, so they could be ready in an emergency.

King is quick to note that a project of this scope, on the timeline proposed, seems, on its face, a near impossibility. But Illinois? incumbent skillset pushed the development forward at a lightning clip.

?If, we had been given six months to do this project, I would have said this is going to be difficult,? King remarks. ?We didn't have six months. We had a week. And we did something that I thought was nearly impossible. We had a working prototype within the first week and upon testing that first prototype, our critical care physician said, this device that could save someone's life.?

The team built 75 Illinois RapidVent prototypes for testing. In both the lab and humane animal tests, the design worked remarkably well, completing well over 2 million breathing cycles without fail.

The technology is available on the Illinois RapidVent website for free. More than sixty organizations from fifteen different countries have accessed the design.

It is a project that speaks to the core of the university?s principles of scholarship in action, king explains. ?The mission of the University of Illinois is to create new knowledge that helps the world. And here we are in an emergency situation where we can do something very specific that can actually help people in a tangible way. We were just delighted to have this opportunity.?