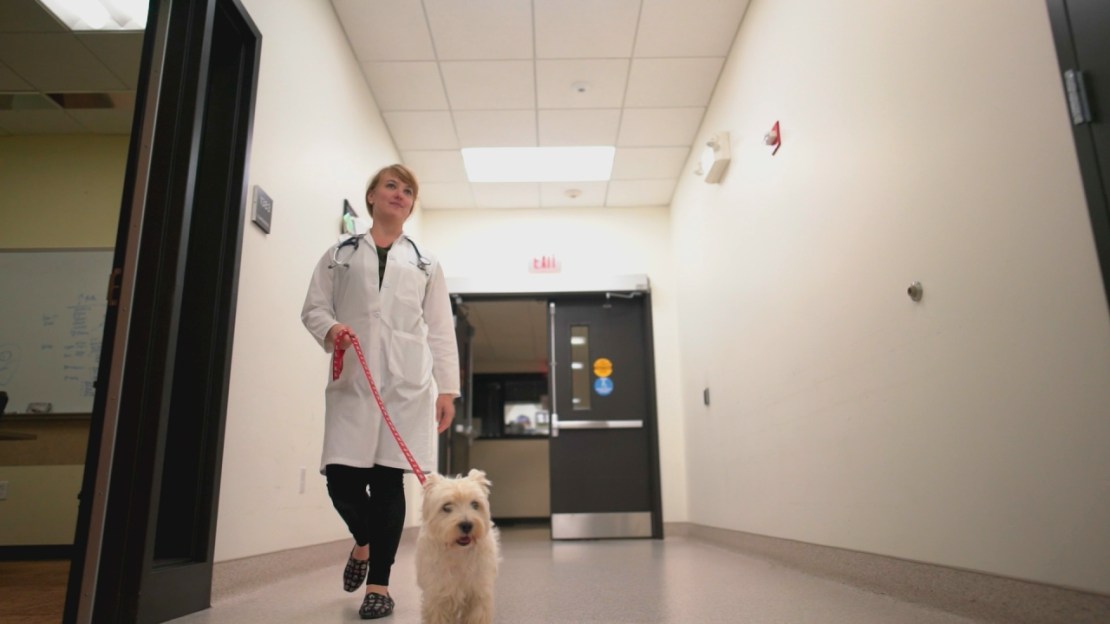 There are so many reasons dogs are considered ?Man?s Best Friend.? They protect us. They provide companionship. They?re pretty darn cute.

And if a new study from the University of Wisconsin-Madison School of Veterinary Medicine goes according to plan, they may very well help us find a vaccine that will fight cancer.

?It essentially is looking at a novel technology to create a relevant immune response in dogs before they've developed cancer,? says David Vail, an oncology professor and Barbara A. Suran Chair in Comparative Oncology at Wisconsin. ?Such that when they do develop cancer, their immune system is primed (with) what to look for to kill the cells before we actually develop cancer. And, if the technology were to work in dogs with cancer and pet dogs with cancer, then clinical trials involving humans would be the follow up to that.?

The massive study - in conjunction with Colorado State University and the University of California, Davis - focuses on up to 800 dogs. Each dog will be given a thorough screening to hopefully determine it doesn?t have cancer. The control group will then be given an anti-cancer treatment and monitored for the next five years.

They are in the process of screening candidates - healthy dogs of certain breeds from six to 10 years old. The hope is that the vaccine given to dogs will keep them cancer-free, and also give a roadmap for using a similar treatment in humans.

?The goal is to benefit our canine patients and to hopefully be able to prevent cancer in them,? says Kara MaGee, first year medical oncology resident at Wisconsin who is working on the study. ?Eventually (we want) to move this into humans as well and find something that would be preventative of cancer as opposed to try and treat it after it occurs.?

There are many similarities between dogs and humans, something Vail says he hopes the study is able to take advantage of. One of those is the rate of occurrence of cancer in the general populations.

?The opportunities of this comparative oncology approach is that studying cancer in our pet population may help the human population and vice versa,? Vail says. ?Dogs and cats get the same types of cancer generally that people do. If you look at them genetically, they're very similar. Many cancer types are almost identical to the human counterpart.?

The fact that humans live about seven times longer than dogs is also a benefit, when looking at the study. The researchers hope to be able to see the results of a cancer vaccine in dogs on an escalated time frame. In that regard, they will be able to see if results have the potential of carrying over into humans.

?It?s exciting even just getting to know all these owners and the patients who come in and work with them,? MaGee says. ?And to see them do really well long term would be really exciting, too. Just knowing that you're doing something that's making a difference.?