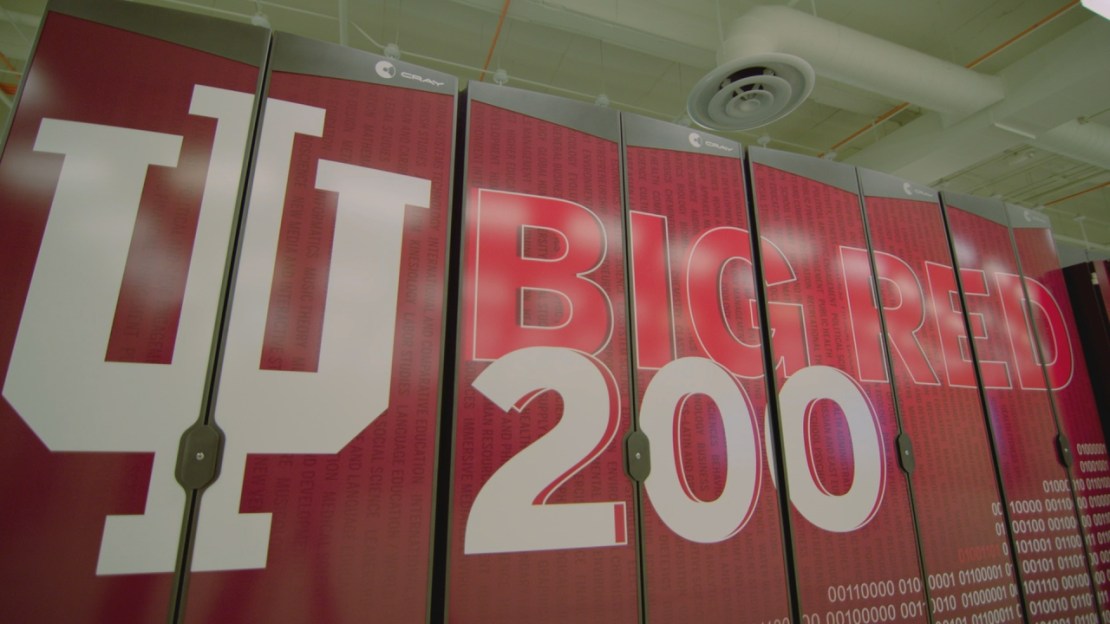 Want to imagine what it would be like to operate at the same level as Indiana University newest supercomputer Big Red 200? Let?s have Brad Wheeler, Indiana?s Vice President of information Technology, put that in perspective.

In technical terms, Big Red 200 operates at 6 petaFLOPS. A single petaFLOPS is a measure of computer performance qual to a quadrillion floating-point operations - a mathematical equation - per second. That makes Big Red 200 over 6 times faster than its predecessor, Big Red II, and the fastest university-owned supercomputer in the nation.

Why does Indiana need such a powerful tool at their disposal?

As one of the world?s leading research universities, professors and researchers across campus are asking ever bigger questions. Wheeler points to the work done on climate science and genomic research, which pull together many billions of data points.

But he is quick to note that Big Red 200 isn?t just supercharging research in what are traditionally considered the ?hard sciences.?

?One of the things that?s unique at Indiana University is when we have high performance computing gear, it?s available to all the faculty and all the disciplines and all the graduate students and many undergrads who work with faculty,? says Wheeler. ?So, on that machine you?ll see over 300 academic disciplines make use of it. What often surprises people is to know that our humanists make use of this machine. We have research on over 15,000 fully digitized books in over 400 languages that our humanists can study the evolution of particular themes, pronouns, over the centuries. It?s a remarkable new form of scholarship.?

Dr. Tatiana Foroud is the chair of the Department of Molecular & Medical Genetics at the Indiana University School of Medicine. Her work deals with the identification of genes that contribute to complex disorders, such as Parkinson?s or Alzheimer?s disease.

It?s research that requires whole genome sequencing. And not just for one person, but for tens of thousands. Beyond that, Big Red 200 allows for rapid and efficient analysis of that data.

Foroud says the supercomputer?s performance is critical in not only powering current research projects, but inspiring the next-generation of them.

?One of the things Big Red 200 lets you do is dream of what you want to be able to do,? Foroud says. ?Not just ?What can I do right now?, but ?What can I imagine, propose that?s really new, really exciting that you suddenly have the capability to do.? For me it?s about analyzing genetics, finding genomes that cause disease. But across all our IU colleagues, it?s a whole raft of questions that we can all ask. Importantly we can all ask them at the same time. It?s not like it?s one question at a time. We have the capability to ask lots of questions simultaneously.?

Big Red 200 is one in a suite of supercomputers available to Indiana researchers. But its almost futuristic capabilities are what make it an unparalleled asset to the university and the world.

?By harnessing the power of AI and machine learning and doing it on a massive scale, our researchers are going to be able to solve some our most pressing issues related to health, the environment, addiction, the list goes on,? says Wheeler.