How Iowa is advancing our understanding of autism: BTN LiveBIG 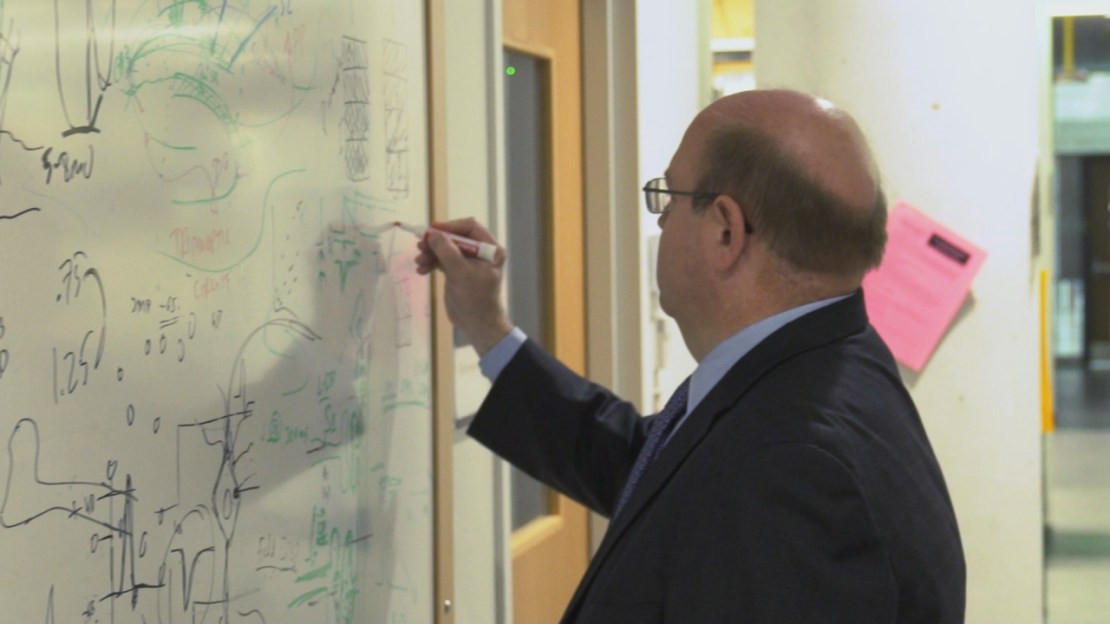 The study of autism contains quite a bit of gray area. There?s a reason they call it an autism spectrum, as each person afflicted by autism reacts differently.

The more we learn about it, the more it takes people who really care about those who are dealing with autism and their families. That?s why Ted Abel, the director of the new Neuroscience Institute at the University of Iowa, is such a good fit to lead the research that is going on there.

Abel?s son, Seamus, was diagnosed on the autism spectrum as a young child. Now 20 years old, Seamus has gone through the ups and downs of dealing with autism.

?I really have an understanding of what [other families] are going through, of the challenges they face,? Abel says. ?People don't necessarily understand where you have particularly individuals that are high-functioning with autism, you might think that they are doing well because they are able to perform in math class or do well in a foreign language.?

The Neuroscience Institute conducts research to find causes and preventions for many diseases that affect the brain and nervous system. Research priorities include auditory neuroscience, epilepsy, Alzheimer?s and autism.

Abel is so dedicated to those on the autism spectrum that he switched his field of research upon his son was diagnosed.

?I realized that we could use our knowledge of genes to study behavior when I was a research fellow and a junior faculty member,? Abel says. ?And so, I was studying behavior in the context of memory when Seamus was born and then since his birth, we've changed our research to focus more on neurodevelopmental disorders and autism.?

Psychiatric and neurological disorders impact a large amount of the population - 50 million people suffer from epilepsy and nearly 24 million deal with Alzheimer?s or other dementias worldwide. One of the main goals for the Neuroscience Institute is to better understand how the brain works, which in turn will enable researchers to develop better treatments.

Part of the way to really understand these diseases is by taking different approaches to learning about them. Abel uses autism as an example.

?When you think about (something like) cardiovascular disease, they can measure heart rate or blood pressure and we can diagnose an individual,? he says. ?There is not that measurement for these disorders.?

You can?t just say someone suffers from autism and really know what they are going through. It?s more of a case-by-case basis.

?The autism spectrum is not a disease, it's a spectrum of behaviors and those behaviors include exceptional behaviors, as well as behaviors that are quite challenging,? he says. ?But everyone with autism finds social interactions challenging.?

Abel understands that it takes a bit of an eccentric mind to be able to understand issues with, well, the mind.

?We're all different,? he says. ?I've been called a lot of things. You don't get to do this stuff if you're not a little quirky.?

If he?s quirky enough to find out how to best deal with issues in the mind, he will have done a great service to us all.