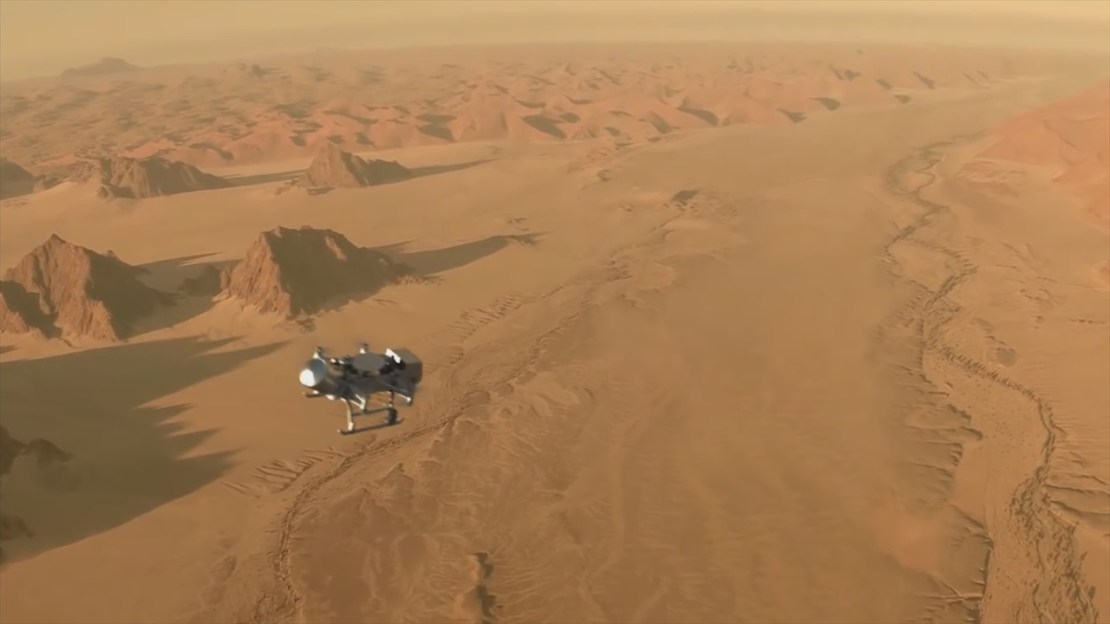 When NASA?s New Frontier mission Dragonfly touches down on the surface of Saturn?s moon Titan, it won?t stay in one place for long. That?s because the scientific probe for the mission - both of which carry the Dragonfly moniker - is a rotorcraft drone designed by a team of Penn State aerospace engineers.

Proposed and overseen by Johns Hopkins University?s Applied Physics Laboratory, Dragonfly?s main directive is to deepen our understanding of this unique celestial body. Save for our own planet, Titan is the only other place we?ve found significant stable surface liquids - in Titan?s case seas and rivers of liquid methane.

This fact, combined with the moon?s carbon-rich chemistry, make Titan the ideal place to study astrobiology, the prebiotic origins of life, and the possibility of extraterrestrial habitation.

To get the mission off the ground, quite literally, the team at Johns Hopkins needed a partner with exceptional expertise in the field of rotary aeronautical engineering.

Penn State was a clear choice given the mission parameters, notes Jack Langelaan, associate professor of aerospace engineering. ?For the past 25 years, Penn State has been at the forefront of helicopter research through our Vertical Lift Research Center of Excellence, which is one of three national helicopter research centers. Johns Hopkins needed a group that had really significant helicopter experience to come in and start to look at the helicopter aspects of the mission.?

Unlike NASA?s previous missions to Mars, which have all included ground-based rovers, Titan?s environment presents unique opportunities. The atmosphere is dense, thick and nitrogen-rich and the gravity is low making flight feasible. With that comes an expanded mission scope.

But the surface conditions also present a host of challenges for the Penn State team to overcome, explains Jose Palacios, an associate professor of aerospace engineering who specializes in rotorcraft aeromechanics and aircraft icing.

?The challenges of having an atmosphere now is that when you're so far away from the sun, it's a very cold atmosphere,? says Palacios. ?We're talking about nitrogen and methane, temperatures down to -180 degrees Celsius. So that's one of the main challenges of flying in Titan. You're dealing with bearings in a rotating frame that might freeze if you don't have the right greases. You might have parts that might expand or contract in size, and differently, that might give you some seizure of the components. These are things that must be experimentally evaluated and demonstrated before we fly.?

Another consideration which must be made when dealing with a flying vehicle is, well, flying. Dragonfly, equipped as it is with scientific instruments, must still adhere to the clean design rules necessary for moving through Titan?s atmosphere.

?One of the challenges that I have is to talk with colleagues at Johns Hopkins and NASA that are used to mass rovers that have all kinds of antennas sticking out left and right,? says Schmitz. ?As an aerodynamicist, I'm trying to teach them aerodynamics 101 and say, ?Hey, can we put that antenna somewhere else at a different angle?? and so forth to make the vehicle just more aerodynamic. Because it supports the mission in how far can we go with one given flight and how well we can control the aircraft.?

Once design, testing and delivery of the final vehicle are complete, the team from Penn State will be on hold for a while. From launch to Titan is an 8-year journey. Upon arrival, Dragonfly will ?awaken? and begin its mission with operational support provided by the design team.

The project, from the outset, has been an interdepartmental and interdisciplinary effort. Rounding out the team of Palacios, Schmitz and Langelaan is Ed Smith, who is the director of the Vertical Lift Research Center of Excellence. According to Schmitz, that collaborative approach is indicative of the university?s ethos.

?Penn State is a great place that really supports and celebrates working together,? notes Schmitz. ?It's the ?We are? Penn State all the time. It goes from administration through faculty through staff to students to everything.?