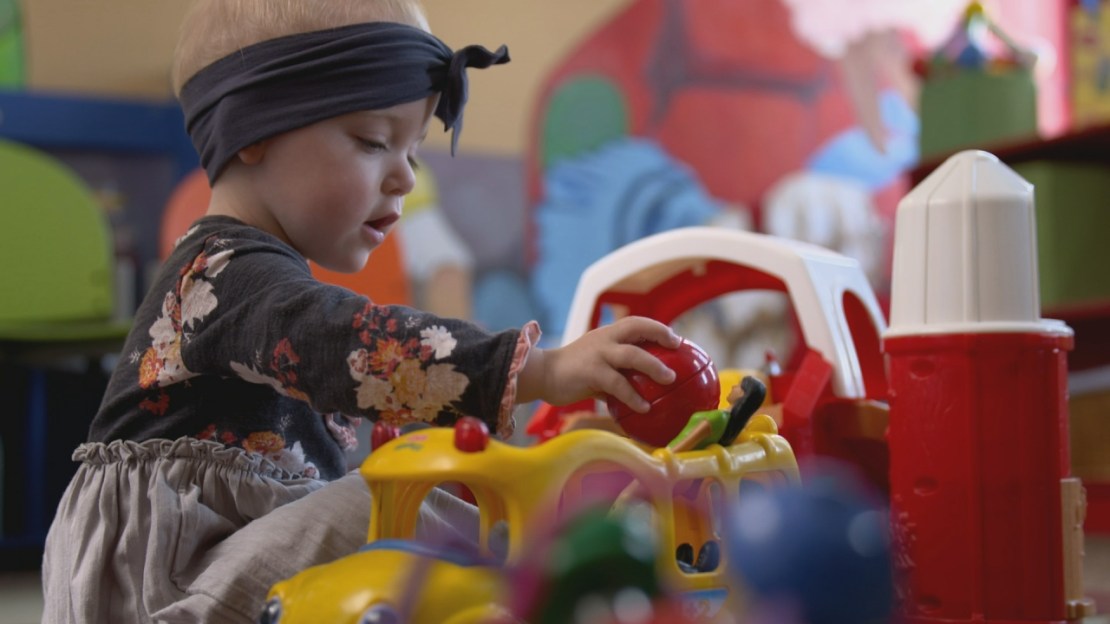 According to a recent estimate, perinatal strokes occur in roughly 1 out of every 2,300 live births.

Many of these strokes go unnoticed because the infant might not show signs of the stroke, such as a seizure, when they?re born. And, because strokes are silent, in utero neuroimaging or ultrasound procedures often do not detect them.

The effects of a perinatal stroke can also be hard to discern in the early stages of life, with many simply confused for slight developmental delays.

They can include partial weakness on one side, respiratory difficulties, jitteriness, feeding problems, focal weakness and abnormal tone.

University of Minnesota neuroscientist and pediatric physical therapist Dr. Bernadette Gillick is a leading researcher in the field of infant strokes. She is part of team working to expand our understanding of these events and how we might best deploy treatments.

?Here at Minnesota, we are leading the world in investigations of the recovery and development of the infant brain after stroke,? explains Gillick. ?We look at how does the infant change and develop after the stroke has happened. We start monitoring how are they moving, how is their brain functioning and how is the brain connecting to the muscles. And then we look at that over the course of the first two years of life. So, we?re looking at the trajectory of how is the brain both developing and recovering after a stroke.?

With funding from a National Institutes of Health Challenge Grant, Minnesota researchers began looking into improving the hand function of children who had stroke at or before birth. These patients, who ranged in age from 7 to 21 years of age, received over the course of two weeks alternative brain stimulation and one-on-one therapy with an occupational or physical therapist.

These paired therapies proved quite successful in restoring significant hand function. From there, the team was able to decrease the age range after showing the interventions were both safe and feasible, and that children could tolerate them closer to the time that the stroke occurred.

?We?re actually beginning to work in the neonatal intensive care unit looking at directly after the stroke occurs, what?s happening in the brain and how is the brain recovering,? says Gillick. ?We?d like to optimize those same type of interventions, the rehabilitation and brain stimulation, in these infants and for now, that first step is to say that we can track how that child?s brain is recovering and developing.?

One significant finding has been in how the brain reroutes functioning after a stroke. As each hemisphere of the brain controls the opposite side of the body, when one side is damaged, the other begins to exert dominance. While superficially a boon, the result is limited movement and range.

Whenever possible, retaining or strengthening the hemispheric connection early can result in improved function, speed and accuracy in control.

Gillick notes that her team is mindful that their work involves one of the most important organs humans have, and they remain cognizant of the influence they may have upon development. Strokes can vary, she says, in just how they affect a young brain. A pinpoint stroke in one area may prove far more influential than a larger stroke in a different region.

Conversely, she notes that the young brain is also capable of amazing resilience and strength. Children strong need for engagement and connection spurred by development, Gillick notes. This can translate into a level of motivation to overcome adversity that she says is inspiring.

?They want to play, they want to be with their friends, they want to keep up,? says Gillick. ?They want to have fun and so they actually use their brain in ways I don?t think that we even can do anymore as adults. Whatever it is that?s holding them back is the very challenge they put in front of themselves every day to say, ?No, I can do more.? It?s incredibly exciting to work with children and their brains in this process.?