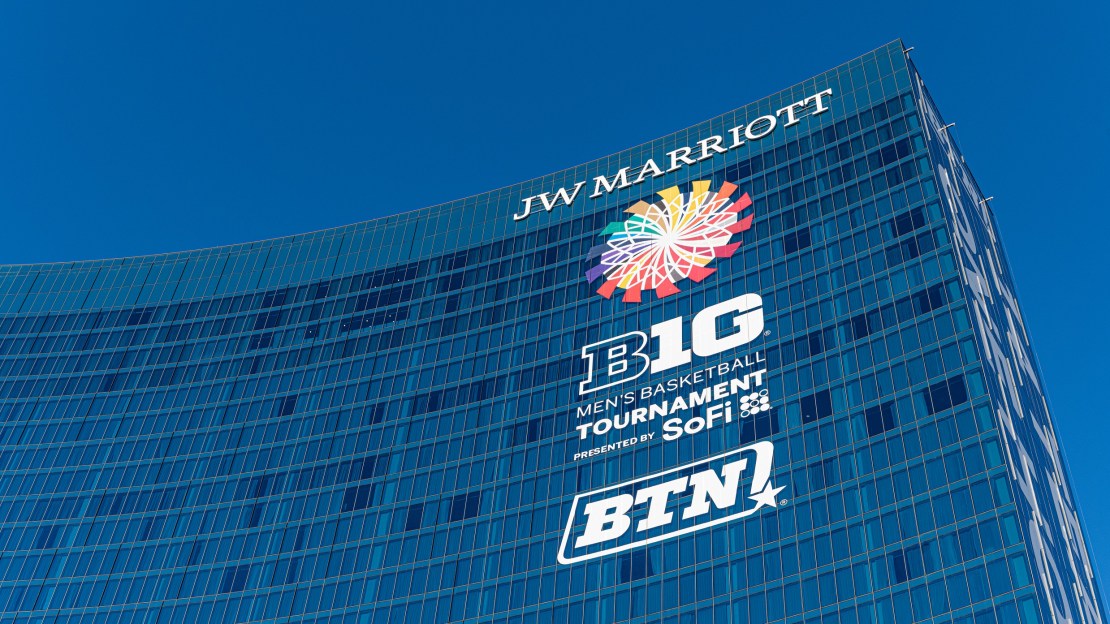 BTN?s week-long coverage of the Big Ten Men?s Basketball Tournament presented by SoFi continues tonight and features the tournament?s first 10 game broadcasts, 26 studio shows and an array of experienced broadcasters and analysts on-site for the conclusion of the Big Ten season.

BTN is the exclusive home of the first 10 games of the Big Ten Tournament. The broadcast pairings feature talented play-by-play voices and analysts, including a Friday evening trio of Brian Anderson (play-by-play), Bill Raftery (analyst) and Andy Katz (sideline). Brandon Gaudin (play-by-play), Stephen Bardo (analyst) and Mike Hall (sideline) will handle duties for opening night in the Bankers Life Fieldhouse, with the first game tipping off at 6:00 p.m. ET on Wednesday followed by game two at approximately 8:30 p.m. ET. Coverage resumes at Noon ET on Thursday, when Anderson, Shon Morris (analyst) and Katz call the first session. For session two, beginning at 6:30 p.m. ET, Kevin Kugler (play-by-play) closes out the night alongside Bardo and Rick Pizzo (sideline). On Friday at noon ET, Kugler will be joined by Morris and Pizzo for the first session, before Anderson, Raftery and Katz (sideline) lead the tournament into the weekend.

Game broadcasts, along with pre and postgame studio shows, will be available in 4K on DIRECTV, XFINITY, Verizon Fios, RCN and other select partners. Additionally, games and studio programming can be streamed in 4K via compatible devices on Fire TV, Apple TV 4K and Roku.

BTN?s Studio coverage continues before and after games all week, including four live shows on Wednesday, eight live shows on Thursday and Friday, three shows on Saturday and two on Sunday. Dave Revsine and Hall will anchor BTN?s studio presence, along with a combination of Ben Brust, Brian Butch, Mike DeCourcy, Tim Miles, Jess Settles and Bardo and Morris.

All games and studio programming on BTN can be streamed via the web, smartphones, tablets and connected devices through the FOX Sports App.

The Journey, BTN?s Emmy-nominated original series, will also be on-site to capture behind-the-scenes footage throughout the tournament. The one-hour season finale of The Journey: Big Ten Basketball 2020 will debut at 5:00 p.m. ET on Wednesday, March 18.

This week?s schedule on BTN is below. Please note, times are approximate: