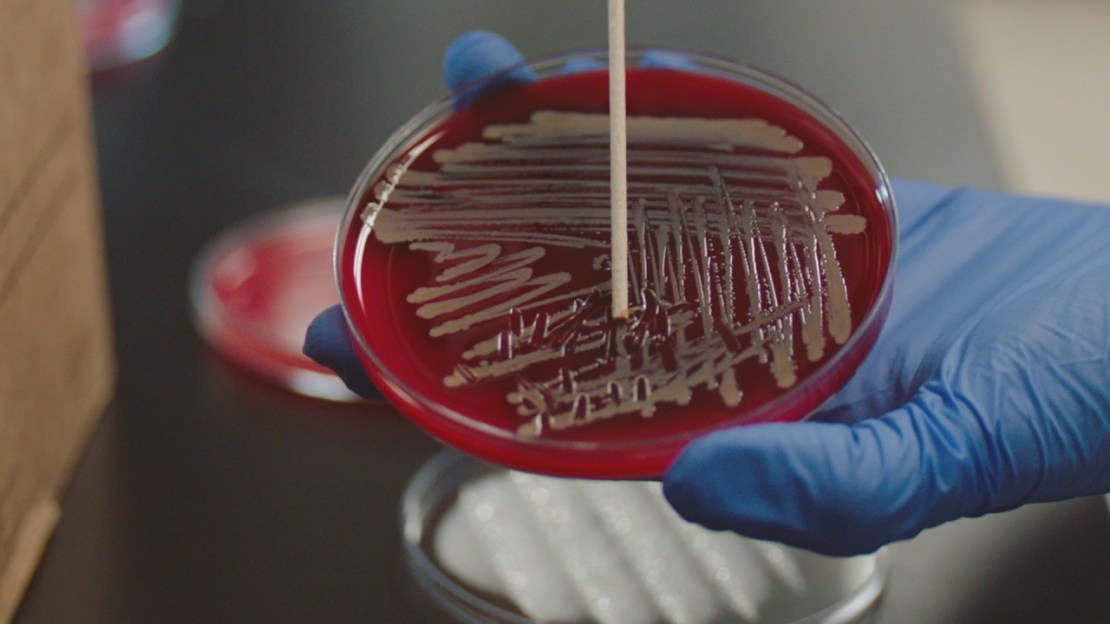 Microbes are everywhere. They make up a large swath of life on our planet, and even orbit the Earth. Some are helpful, others harmful, but most are relatively benign.

Yet, when most people think of microbes, germs come to mind. In our zeal for cleanliness, we dispatch powerful antimicrobial agents into the world around us. Wipes, aerosol sprays, sanitizing gel and antibacterial soap kill most microbes they encounter, but not all, and therein lies the problem.

?We think that they get rid of all of the microbes everywhere, but, in fact, they don't,? explains Erica Hartmann. ?The ones that survive have the potential to be, basically, superbugs. They?re super anti-biotic resistant, super hardy because they've survived the harsh conditions around us and they've survived the chemical attack that we've just exposed them to.?

Hartmann is an assistant professor of civil and environmental engineering at Northwestern University. Her work deals with these ?superbugs? and how they?re affected by and survive despite exposure to harsh chemicals.

The goal is to devise environmentally-sound and balanced cleaning practices that allow us to harmoniously coexist with microbes, a group which includes bacteria, fungi, archaea, viruses and eukaryotes.

To accomplish this, Hartmann and her team perform fieldwork in the world around them. In everyday environments, like gyms, hospitals, or bathrooms, they collect samples in situ. These form a record of the specific environment. They contain the shed cells of human and animal inhabitants, plant matter, chemical traces and a host of microbes.  Back in the lab, they analyze the microbial DNA to gauge what response, if any, has been triggered by the specific chemicals used in the environment.

Hartmann?s team also grow colonies of microbes, known as microcosms, in the lab.  This allows them to manipulate the environment and understand how individual factors like temperature, lighting or humidity alter the way microbes respond to chemicals.

One of the most significant discoveries has been the existence of mobile antibiotic resistant genes. These pernicious bits of DNA can transmit from one microbe to another, allowing the genetic tools for antibiotic resistance to spread among species.

Because of this, Hartmann explains, efforts to curb antibiotic resistance mustn?t focus solely on one microbe at a time.

If we want to stem this tide, we need to begin asking ourselves when we truly need antimicrobial substances in our life, says Hartmann. The most ubiquitous example, of course, is antimicrobial soap. But several products that are not so obvious contain these chemicals. Manufacturers lace carpets and paints with antimicrobial agents, and they serve as a preservative in many moisturizers and lotions.

?What I want is, first off, for people to be able to make informed choices as consumers,? says Hartmann. ?So, we should understand where there are antimicrobial products in our consumer products.  And then to think about do we really need these, because there are some places, like hospitals or space craft, where it's really important that we have antimicrobials that are really effective.?