How Michigan State is harnessing the power of electrons: BTN LiveBIG 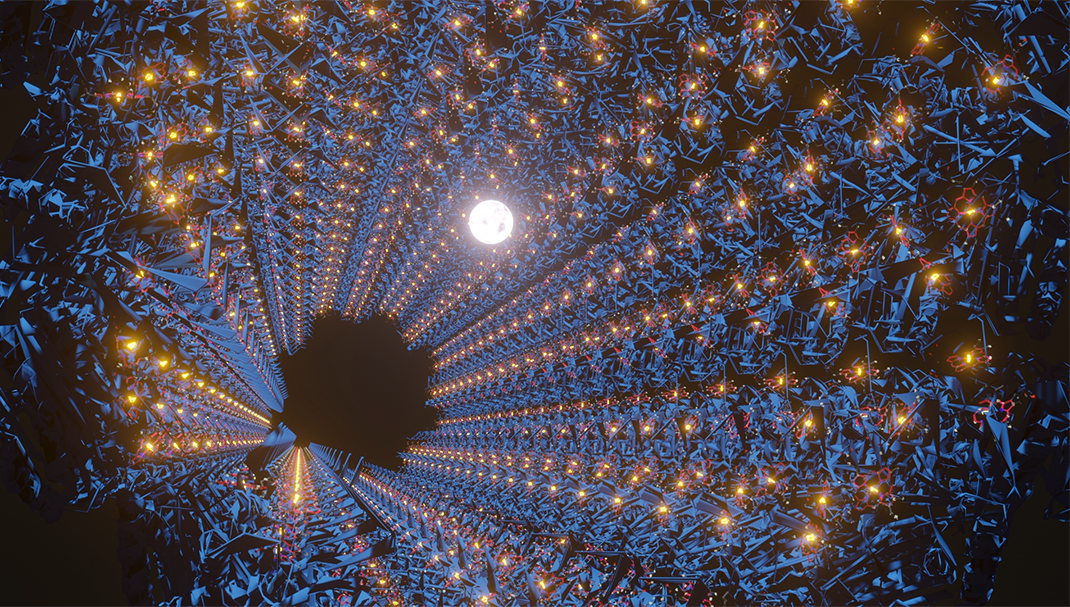 Electrons are vital for balance in all aspects of life. With a negative electric charge, electrons counter positive protons in the plants humans eat and the blood that flows through our bodies.

The electron's ability to power our world makes it an attractive area of study for researchers who are attempting to tap in to that energy.

Recently, a team of researchers at Michigan State University developed a synthetic system for directing electrons to a targeted location over long distances. This ability to guide electrons has a number of applications, and key to the process is heme, the iron-binding molecule that gives blood its color. The hemes serve as road maps, guiding the electrons to where they need to go.

The work is being led by Dr. Jingcheng Huang , along with Dr. Cheryl Kerfeld and Dr. David Kramer. Huang was co-mentored by Kramer and Dr. Daniel Ducat at the MSU-DOE Plant Research Laboratory. Their research hinges on harnessing electron transference in the biological systems.

?Electron transfer reactions are crucial for the survivability of cells,? says Huang. ?For example, the majority of the energy generated in our body cells or the growth of plants comes from the release of potential energy of moving electrons. Since the moving of electrons is an important way for biology energy conversion, we believed that if we could re-route the pathway of electron transfer, then we could control the flow of energy in cells, and therefore we can push more resources to producing desired products from engineered bacteria and plants.?

The way Kerfeld explains it, the system would be like if a person dumped a bunch of Lego blocks onto the floor and they magically formed a ladder. Everyone knows the Lego?s can connect and create the desired shape, but they need some guidance to be placed in the correct spot. The Michigan State team is working to create that guidance to help electrons go where they need to.

?The idea is that living things naturally move electrons around. They recognize one another, so one protein hands off an electron to another protein. But this is all predicated on them bumping into each other. Jingcheng?s idea was to try and direct them using a scaffolding system,? says Kerfeld, a professor of structural bioengineering at the Michigan State Department of Biochemistry & Molecular Biology. ?This is what they call synthetic biology, where you take parts of naturally occurring systems and put them together in new ways that don?t exist in nature that might be able to do something special by design.?

The next step for the team?s synthetic system is focusing on where all the proverbial Legos will be located. The researchers realized through the course of their study that attaching a heme to a protein could potentially cause the structure of the protein to change some, leading to larger issues down the road. Locating the proper locations will be vital to ensuring the system?s success.

?Electron transfer reactions are an important process in biology, but this reaction is also hard to control since the rate of electron transfer is highly sensitive to the structure of proteins that carry the electron carriers, such as hemes,? notes Huang. ?Unlike the daily electronics that are made of metals, living beings are not conductive and the movement of electrons are made possible by pathways of closely positioned electron carriers. Therefore, we don?t need to use expensive reagents to attach heme and proteins in test tubes. More importantly, this means that we could build electron transfer pathways inside living cells.?

The research was primarily funded by a National Science Foundation Emerging Frontiers grant, from Cellular Dynamics and Function and BIO Innovation Activities Programs to Dr. David M. Kramer, in addition to funding from the US Department of Energy, Office of Basic Energy Sciences.