Inside the Maryland program that is "Fostering Terp Success": BTN LiveBIG 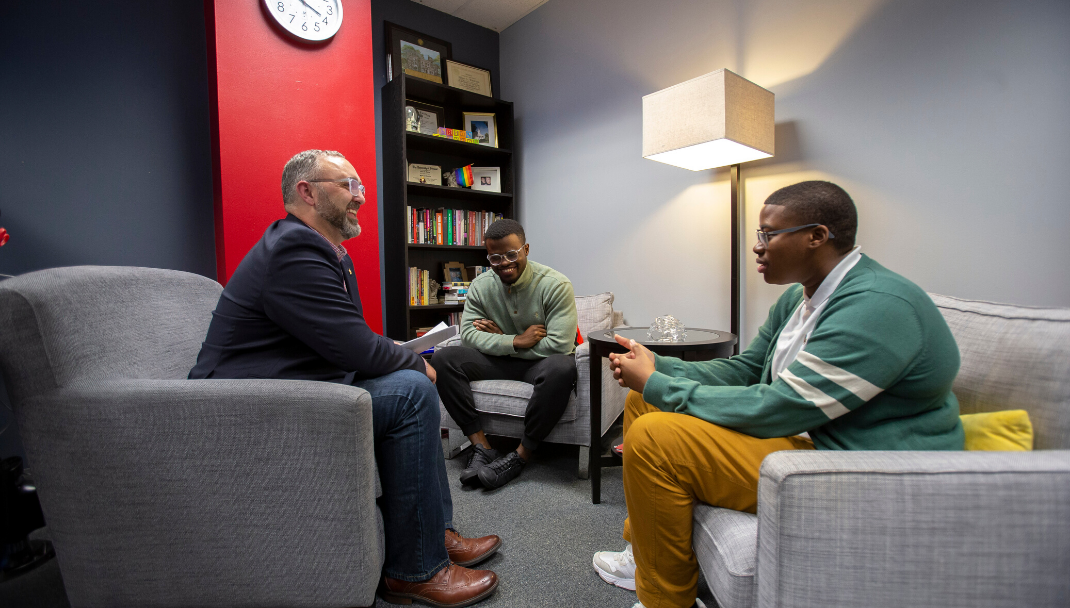 Going through the college experience is hard enough for students who have the full support of a family. But when you take that away - or throw in obstacles such as food or housing insecurity - and it can become a daunting task.

A new program at the University of Maryland, called Fostering Terp Success, aims to alleviate that for students. It provides a campus-wide community of support for students who have been in foster care or have been homeless.

"We wanted to just throw the doors open wide and make sure that whatever we were doing, we were providing support for students who have no network of family support," says Brian Watkins, the university's Director of Parent and Family Affairs and the program's chair.

It is part of an increased awareness on the Maryland campus and throughout the university community nationwide focused on combating food and housing insecurity among students. The Fostering Terp Success program sprouted from the creation of the campus food pantry in 2014.

"A national conversation was occurring with food and housing insecurity for students," Watkins says. "We said, 'What are we doing on our campus? What are we doing for our foster care students? And what can we do?'"

He started the conversation with the campus as a whole, looking for the best ways to provide comprehensive support for the students who needed it most.

"I gathered a group of folks together from across the campus who I knew either had an interest or would be key partners with what we wanted to do. That became the start of our working group. We looked at how other institutions across the country were offering support."

The Fostering Terp Success program started this fall with 10 students, but has quickly ballooned to 15. After seeing the latest campus census, Watkins expects that number to rise going forward.

"The numbers were shocking," he says. "For the fall census, we got about 4,000 responses, and more than 200 had responded yes to the fact that they had been in foster care sometime since the age of 13. It's a lot of students, a significant population."

Students in the program receive monetary help, such as the purchase of meal plans and bedding for their rooms. The athletics department also provided team backpacks filled with school supplies.

But the goal is to provide them with so much more.

Each student in the program is given a campus coach, which they meet with periodically to talk about struggles they may have and how to overcome them. They also attend monthly workshops to teach them how to use the resources they have and to hopefully become campus leaders.

"They really are workshops that could benefit all students, but we want to cater to our foster and care students," Watkins says. "How do they use the experiences they have to turn those into strengths and use them in a way that benefits them in the best way possible? That's what we're really trying to achieve."

As the primary point of contact for the program, Watkins hears gut-wrenching stories from students who have no place to go and no idea how to ask for help.

While the problem of food and housing insecurity won't be solved overnight, programs like these are going a long way to get students the help they need.