No. 1 Iowa vs. No. 2 Penn State Wrestling Sets BTN Record 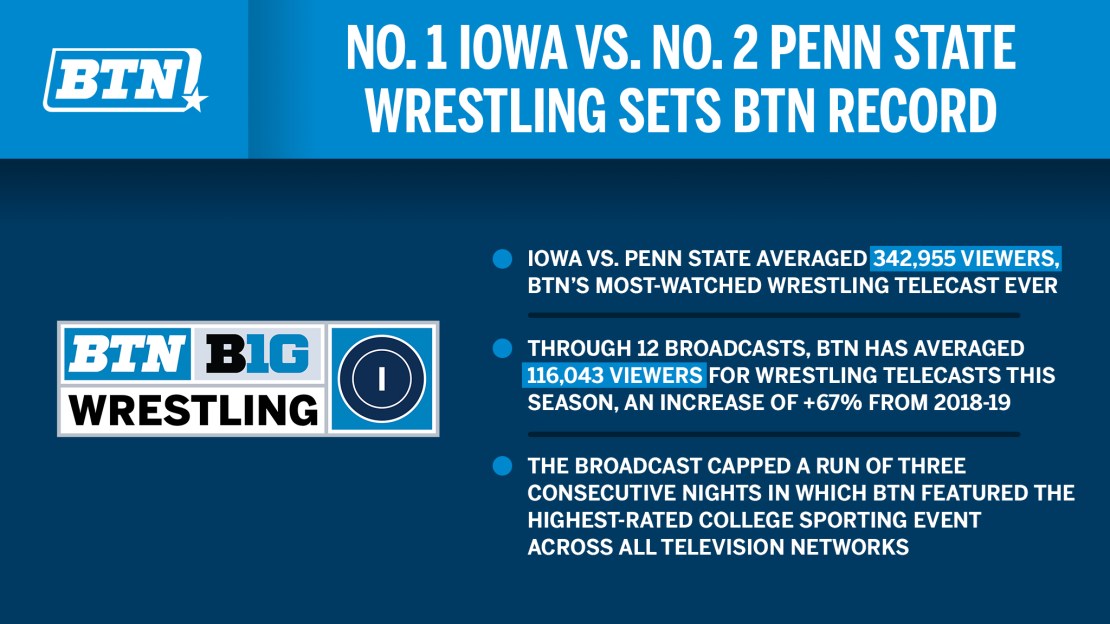 On Jan. 31, No. 1 Iowa vs. No. 2 Penn State became the most-watched wrestling telecast in BTN history as well as the day?s highest-rated college sporting event across all networks. The Big Ten dual averaged 342,955 viewers, according to Nielsen Media Research, which eclipsed the Ohio State vs. Penn State meet in 2018 (309,265 viewers) by +11%.

The Hawkeyes and Nittany Lions broadcast capped a run of three consecutive nights in which BTN featured the highest-rated college sporting event across all television networks. On Wednesday night, Indiana vs. Penn State men?s basketball averaged 325,205 viewers and earned the No. 1 distinction. On Thursday, Iowa vs. Maryland men?s basketball averaged 455,490 viewers en route to the top spot.

BTN?s complete wrestling schedule for this weekend is below (all times ET):