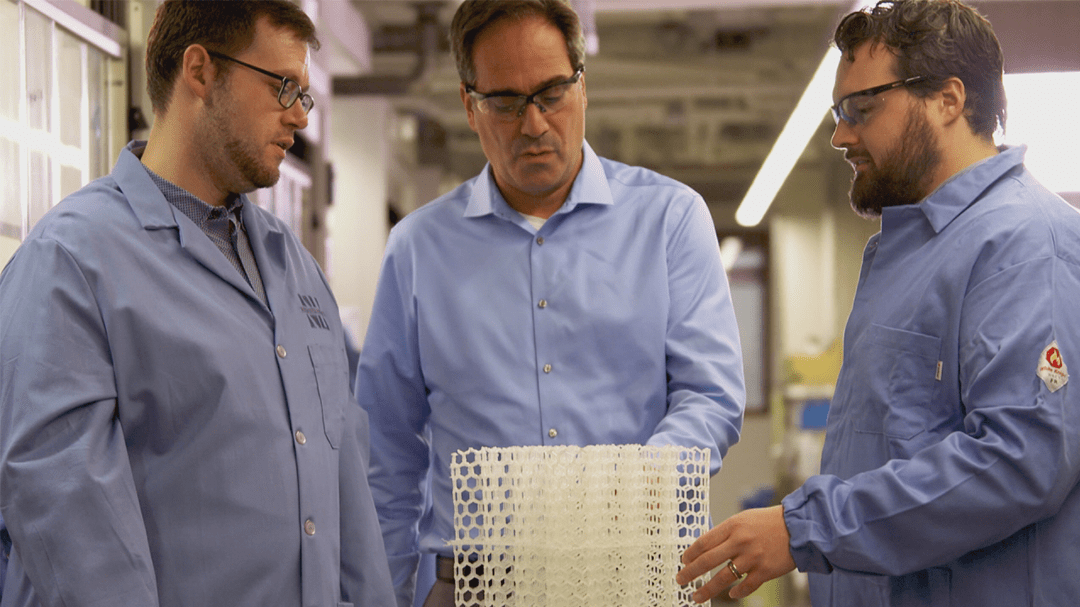 3D printing is a technology that is over 30 years old. Yet, despite that, it remains a relatively slow and laborious process. Most of the current state-of-the-art printers painstakingly deposit layer after layer of material - in precise fashion, mind you - to create an object that is often small.

But that is set to change, thanks to an innovative new printer developed at Northwestern University. HARP, or High Area Rapid Printing, not only prints faster, it prints items on a scale that a high-speed printer has never done before.

Most 3D printers work in much the same fashion. They deposit layers of hot, liquid polymer in a steady fashion, giving rise to the creation. In addition to the object, though, 3D printers also produce copious amounts of heat from the polymerization of resins. Past efforts to create a rapid-operating, large-scale printer resulted in product deformations and actual flame-outs. Thus, many have opted to keep the scale of their printers small.

The 13-foot tall HARP printer boasts a 2.5 square foot print bed that vertically deposits resins at a rate of half a meter per hour. It?s a gamechanger in comparison to current polymer manufacturing, which relies largely on rigid injection molding.

?Instead of having to have a remote site, you can do it at the point of use. It changes the way we think about storing goods. We no longer have to have warehouses where we have lots of parts stored in case, we might need them. We can actually print them on demand.?

In addition to the literal speed of the HARP technology, Mirkin is quick to note the rapid development within the project. From the initial conception of the HARP printer to proof-of-principle was a scant six months.

?I've never seen anything like this,? Mirkin says. ?This is truly remarkable both in terms of its impact - we like to say seeing is believing; when you see the printer work, it's just truly remarkable - but also in the pace at which it's been developed. This occurred over warp speed, and we see a path to taking it from the university into manufacturing very rapidly.?

Mirkin and his colleagues established a startup to bring HARP to the marketplace. Azul 3D touts the technology?s unrivaled scale, speed and throughput that allows users to move beyond prototyping and into production.