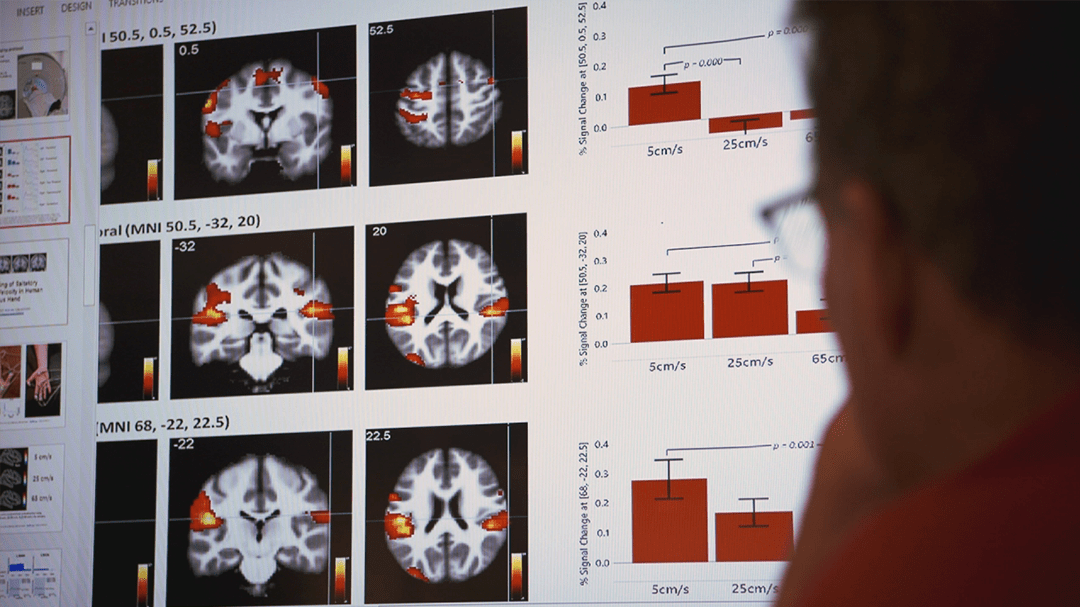 Every year, more than 795,000 Americans have a stroke, according to Center of Disease Control and Prevention. Almost 90 percent of those are considered ischemic strokes, a condition where an obstruction in one?s artery prevents blood from flowing to the brain.

At the University of Nebraska, researchers Steven Barlow and Greg Bashford have developed technology that can simulate the blood flow to areas of the body that are generally impacted by an ischemic stroke.

The pair, along with the help of graduate students, created a somatosensory stimulator, which can increase the velocity of blood flow up to 20 percent. For a victim of an ischemic stroke, that amount of blood coming back to the brain can be the difference between life and death.

?Our brains need blood,? says Bashford, a professor in the Biological Systems Engineering Department and faculty affiliate at Nebraska?s Center for Brain, Biology and Behavior. ?Our brains are made up of cells like every other tissue in the body, and these cells are little cities. They are little powerhouses that work. They need oxygen, they need food. Blood is what brings those nutrients and oxygen to the brain.

When that doesn?t happen, brain cells die quickly. That?s a big problem as neurons do not regenerate. Millions of  neurons die every minute that blood flow is blocked.

The initial technology, known as the Galileo, was released in 2017 along with a study of findings published in the Journal of Neuroimaging.

Barlow, a professor in the Department of Special Education and Communication Disorders and associate director of the Center for Brain, Biology and Behavior, initially thought the Galileo would just be used for research purposes. However, the group soon realized it had unique potential for a controlled simulation of an offset brain injury. Tests with animal models showed that the technology helped the brain determine where in the body the excess blood is needed.

?It?s cutting edge. We?re actually the only laboratory in the United States that has developed from the ground up,? Barlow says. ?We?ve engineered these stimulus control systems using pneumatics. And, we have an ongoing NIH trial in extremely premature infants using another variant of this type of stimulation. We?ve discovered it?s highly effective in modulating brain activity in premature infants.

?So we?ve borrowed many of those principles from our other lines of research to begin this journey in exploring the therapeutic effects in adult stroke. And to do that, we need not only to have a very good stimulation methodology, but we also need to combine it with real time brain imaging. Imaging of the hemodynamics of blood flow and the hemodynamics of activity that?s associated with this form of stimulation.?

A pair of graduate school students working with the researchers determined that Galileo couldn?t do everything that the team was hoping. They recently redesigned the technology, now called the pTACS Somatosensory Stimulator. The new device is smaller and connects plastic tubes to capsules placed on a stroke victim?s hands or face, creating a nerve response when stimulated. The capsules are placed in specific patters that allow for the brain to determine where blood flow in the body is required.