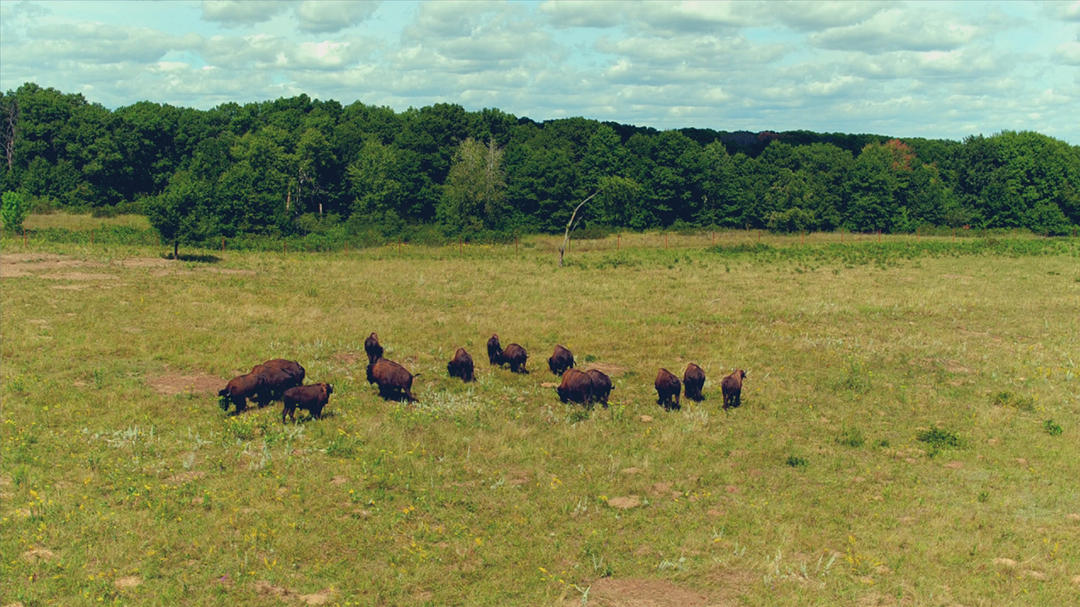 The University of Minnesota?s mascot is, and forever will be, Goldy Gopher.

But, at the university?s Cedar Creek Ecosystem Science Reserve, researchers looking to save oak savannas are betting big on bison.

?Oak savannas are diverse ecosystems that used to thrive throughout Minnesota and they are being converted to croplands and cities and urban areas and backyards at an unprecedented rate,? explains Forest Isbell, Associate Director of Cedar Creek.

Home to a diverse array of flora and fauna, oak savannas are  found across the globe. In the Midwest, they traditionally formed the border between the western prairies and the forests of the east.

Isbell and his colleagues aren?t trying to restore the wild landscape of pre-Columbian Minnesota. What they are doing is trying to preserve and strengthen the few oak savannas that remain.

?We know that fire is important, but fire by itself is not doing the trick,? notes Isbell, who is also an assistant professor in the Department of Ecology, Evolution and Behavior. ?So, we?re hoping that by bringing in bison, we can have the right combination of disturbances to allow oak trees to regenerate in these systems and to keep our savannas healthy.?

Fire has always been essential to this ecosystem. Lightning-ignited and manmade conflagrations clear brush and thin the tree population back to only those particularly resistant to fire.

Since 1964, Cedar Creek has been using prescribed burns to bolster their savannas. But abundant grasses overly-fuel these fires. The result is too drastic a thinning. That?s where they hope their hungry herd of bison can help.

?We know that oak trees need fire in order to regenerate and be healthy in the system,? says Isbell. ?But too much fire is not a good thing and bison might be able to reduce the intensity of those fires by grazing down the grass.?

To test the bison?s impact, researchers planted hundreds of oak seedlings within and outside of the herd?s enclosure. They?re closely monitoring the growth of seedlings to see which lot fares the best.

Once, millions of bison roamed the prairies and plains of the United States until European settlers all but wiped them out. Today, there are roughly half a million in the US, all descended from a stock of 500.

Why bison? They?re the perfect animal for the job. Where other herbivores that roam oak savannas shy away from grasses as a food source, bison actually prefer it. As they graze through the dominant grass species, they keep the whole ecosystem in check.

One added benefit is that by strengthening - and possibly even expanding - oak savannas in the Midwest and Plains region, we may, in turn, help the bison.

It is still too early to say definitively whether the bison can make a substantive difference in oak savannas. But initial results have been promising.

After wildfires swept through Cedar Creek in the spring of 2019, researchers were able to compare oak seedlings across the area. So far, the oak seedlings from within the bison enclosure have proved to be more resilient than those from areas with more intense burning.