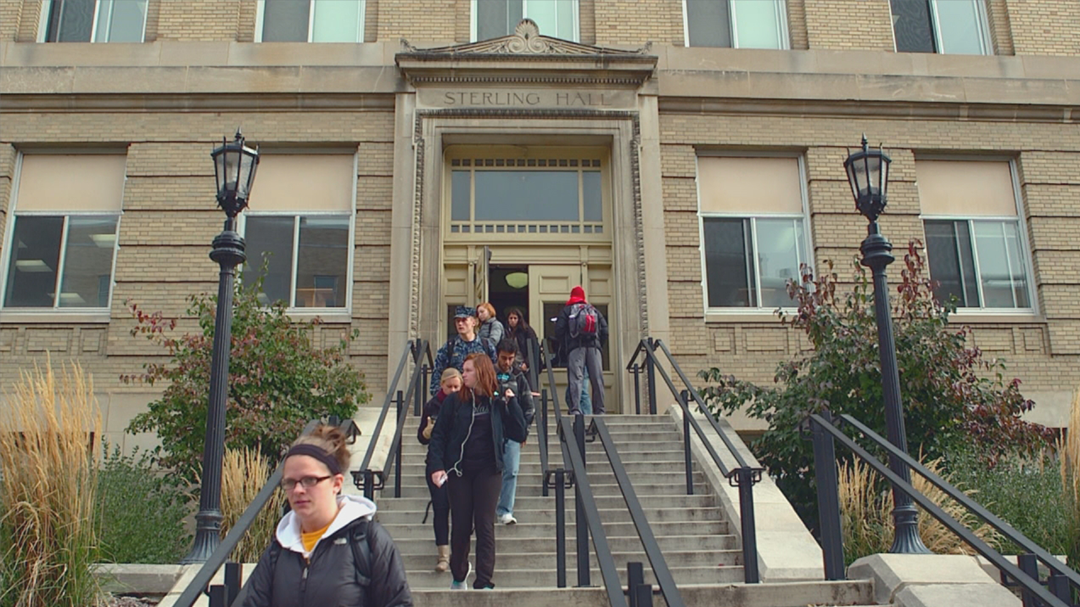 The learning experience in college comes from so much more than books. It?s about figuring out where - and how - you fit in with others.

For students who have served in the military, this can be a much trickier proposition than for the average student. Often, veterans are much older than their undergraduate classmates. They may already have a spouse and a family. And they have usually seen much more of the world than their counterparts.

Those vast gulfs in experiences serve as the basis for the Peer Advisors for Veteran Education (PAVE), a program that started on the campus at University of Michigan and has been implemented in 37 universities across the country, including seven Big Ten schools.

?Our goal is to provide individual tailored support to each student. It?s a battle buddy for college, someone who has a shared lived experience in military,? says Timothy Nellett, a Program Manager for PAVE.

Nellett might be considered a poster child for the program. While in the Marine Corps, he served in both Iraq and Afghanistan before returning to earn an undergraduate degree at Michigan, then a master?s degree at Eastern Michigan University. He got involved with the PAVE program while at Michigan, became a Team Leader and now oversees the implementation and training of the program on partner campuses.

Nellett says it?s so important for military veterans - like every other student - to know they have a place on campus. That starts by showing them that they have more to share with other students than they think.

?We kind of have a narrative, like, ?OK, you?re never going to understand what it?s like to serve.? At the core of it, that?s true,? he says. ?At the same time, there?s a lot that veterans can learns from fellow students. And vice versa, of course. You never really know. That?s why the power of peers is so important.?

Nellett says he found himself lost during his first year in Ann Arbor. Fortunately, he was able to reach out to campus organizations and came across the Military Support Programs and Networks (M-SPAN), a set of campus initiatives dedicated to military and veteran mental health and wellness.

That?s where he met Phillip Larson, who serves as Program Director for the Veteran and Military Services at Michigan. Their organization works with PAVE to create programming and provide support for all veterans on campus.

?I started bothering Phil a lot,? Nellett says. ?I said ?Hey, how did you become you? How do I get your job someday???

It turned out to be a fortuitous meeting for both Nellett and the program. At that time, PAVE was in its infancy and there were many kinks to work out.

?We had two other coordinators before Tim,? says Larson. ?It just wasn?t working as well. But Tim really got it. He could relate to students. He could tell them both, ?Do what I did and don?t do what I did.? He?s exceptionally relatable to people.?

Nellett has been a catalyst in growing the PAVE program to campuses across the country. He says the approach may vary, but the objective stays pretty much the same between schools.

?The goal is to take these student veterans and figure out what it is they need to succeed,? he says. ?I get to work with those amazing people and then set up a procedure. We have veterans who want to give back.?

Larson says one of the keys is finding mentors that have shared these experiences and are able to ensure their fellow students have the resources they need.

?What our mentors do a lot of is really breaking down that myth inside their own mind,? he says. ?When you?re in the military, reaching out for help is not only not encouraged but many times actively discouraged. We try to tell students that help seeking is not a bad thing. You?re not going to make it through college alone. It?s the collaborative nature of college that we?re trying to get them used to. We want you to succeed.?

With each success story that piles up, they can keep calling the program a mission accomplished.