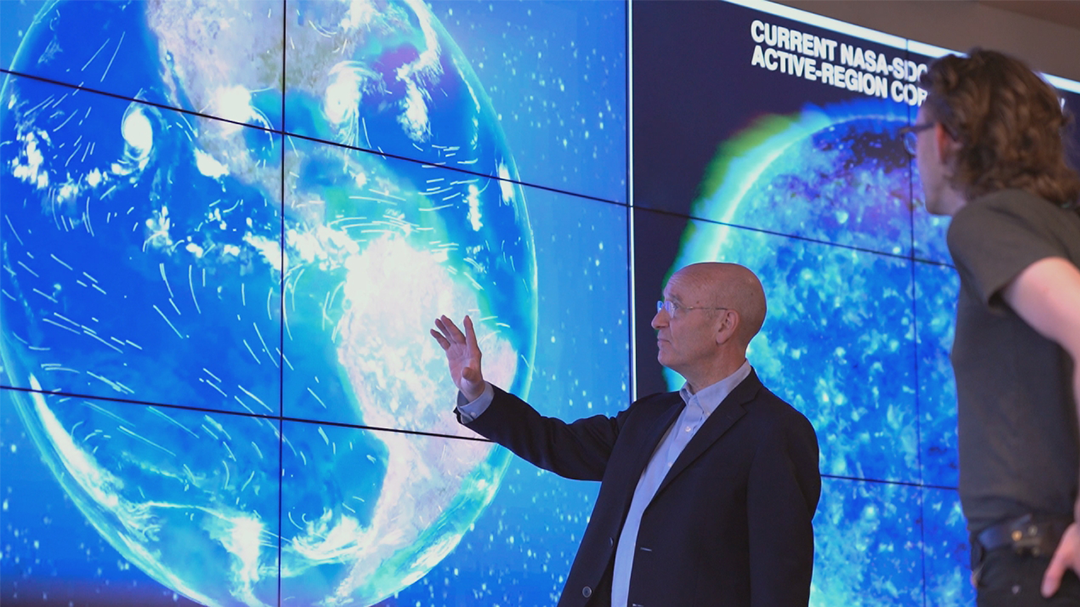 We know that weather can impact our health. It?s why we call it a cold, and why our parents always reminded us to put on a coat and a hat. But what if we used weather patterns to track and predict outbreaks of disease and other medical incidents?

At Penn State, Dr. Steven Schiff, Director of the Center for Neural Engineering, is taking the correlation between weather and health to the next level.

Years back, while visiting a colleague?s practice in Uganda, Schiff noticed an abnormally high rate of hydrocephaly among infants brought in. This condition causes water to collect on the brain and the head to swell. It was a problem that vexed the local medical community.

?They knew that they had an infection first,? says Schiff. ?They were born normal and then they'd come in when they were maybe two months of age with their head growing and they needed neurosurgery. I asked [my colleague] what is the most important problem he had found in Africa that he couldn't solve, and he said, ?Why don't you try and figure out what makes these kids sick???

While a definitive answer as to why the children contract hydrocephaly is still forthcoming, Schiff has identified a unique strain of bacteria that, coupled with a virus, seems to play a major role. These germs exploit the vulnerabilities of an infant?s brain to infect a rather selective part of the body.

Schiff notes that the mysterious infections he saw in East Africa are part of a global trend of hydrocephaly cases. The vast majority of these are in developing nations where access to medical care is often scant at best.

To better understand the rash of cases, Schiff and his team have been analyzing samples in their labs at Penn State. Generous funding from the National Institutes of Health aids their work. Despite that though, testing every patient exhibiting symptoms simply isn?t feasible.

?It is so expensive to do this kind of testing and it takes so long to do this testing that you can't simply apply it to every sick infant who needs it,? explains Schiff. ?And, because it takes so long, we wouldn't get the results back in time to have made a difference in their care.?

With lives on the line, Schiff decided to take a novel approach to this quandary. Rather than focus on reactive treatment that hinges on lengthy lab tests, he took take a page from modern meteorology, applying predictive weather models to better understand where and when an infection may strike.

?We found a number of years ago that these infants tend to get sick with the rainy seasons,? says Schiff. ?Many infectious diseases are sensitive to environmental effects. Many infections are dependent upon elevation, temperature.  That helps us predict when these infections are present.?

Schiff assembled an interdisciplinary team of meteorologists, statisticians, mathematicians, genomic experts, and infectious disease experts. They started by plotting out every village in Uganda onto satellite weather maps. To this they overlaid census, rainfall, temperature and elevation data. These basic factors form the foundation of a new class of predictive models that help guide the diagnostic decision-making of clinicians on the ground.

?This is all about reducing the guesswork that's really common in a lot of medicine and making it much more scientific,? says Schiff. ?If we look and we see that these infants get sick at certain times of year and at certain areas on that satellite map, and we also show that the rain goes up and down, maybe just before those infants get sick, then immediately you know that there's a relationship to both.  And that helps us narrow down our ability to be precise about what made someone sick.?

The potential impact information such as this has on speeding treatment is critical. Rather than depend on expensive, time-consuming tests to identify infectious agents, doctors will be able to narrow their scope and begin targeted interventions.

The project is now in its third year. The first two saw the formation of the team and construction of their models. This year, they plan to test, theoretically, whether doctors following their guidance would enact better outcomes compared to the current standard of care. The hope is that they will soon be able to deploy their recommendations in affected areas.

For some, launching a project of this scope would seem nearly unthinkable to pull off. Schiff credits the unique collection of expertise found at the university for facilitating what stands to be a breakthrough in infectious disease medicine.

?Penn State is very well known for its strengths in infectious disease, genomics and meteorology. We've managed to bring all of these different types of people and their different expertise together,? explains Schiff. ?I think we've found here that our best formula for success is cooperation, skill and people all pulling in the same direction.?