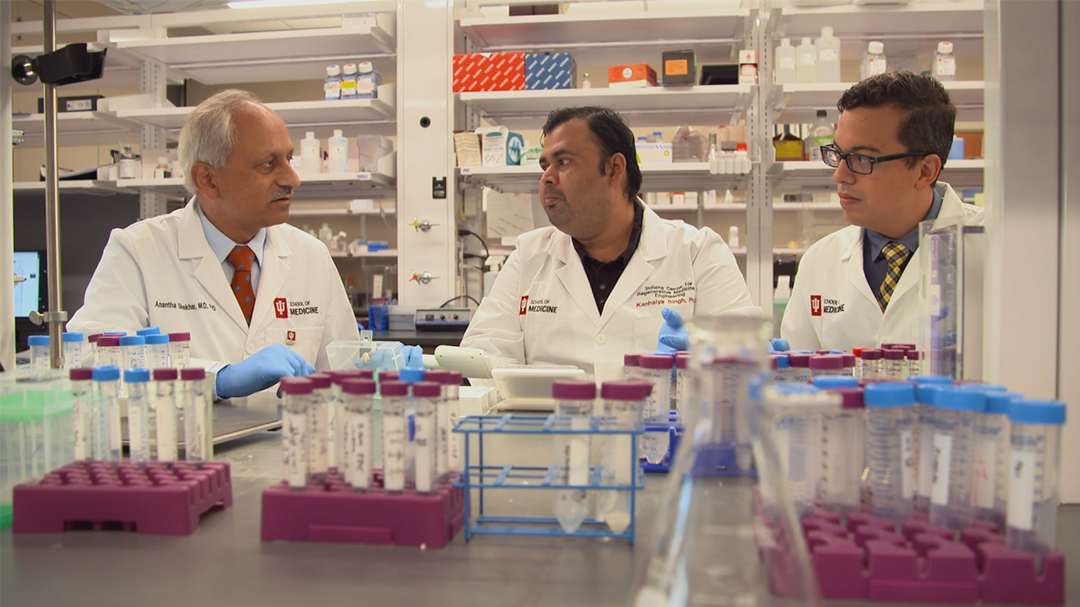 At the 200-year mark, some institutions would be content to rest on their laurels. But not Indiana University. As their bicentennial celebrations nears, the Hoosiers have dedicated themselves to a tackling what they are calling Grand Challenges, a suite of economic, social and environmental problems plaguing Indiana and the world. These challenges are marked by their impressive scale, immense impact, driven commitment to solutions, and a spirit of interdisciplinary collaboration.

One of the Grand Challenges is the Precision Health Initiative, which aims to match patients more closely and carefully with treatments that meet their individual needs. According to Anatha Shekhar, the executive associate dean of research affairs at the Indiana University School of Medicine, the initiative derives that precision by taking a decidedly holistic look at a patient?s health.

?What we're trying to do here is to have a comprehensive approach to understanding a person's health, taking into account their genetics, their environment, their behavior, their culture, and to understand the diseases that are caused by these factors,? Shekar explains. ?We're particularly focusing on five major serious illnesses that currently have no good treatments and that are uniformly lethal or disabling.?

The Precision Health Initiative was the first project to receive Grand Challenges funding. A truly transformative undertaking, Indiana is pulling together researchers and physicians from across the university ecosystem to create new approaches to prevention, treatment and health care delivery.

?The Precision Health Initiative is trying to just marshal the great resources we have here, all the scientific minds, all the technology, to attack big, bold problems,? says Aaron Carroll, professor of pediatrics and associate dean for research mentoring at the IU School of Medicine.

Carroll likens it all to a moonshot. Where research is normally understood to move slowly, taking tiny steps towards a solution, Indiana seeks great strides founded in unfettered access to both real and mental capital. And, as one of only two medical schools in the state, as well as a regional and national research leader, their charge is an imperative. ?It's certainly very Hoosier. I think the idea that we're going to take our local expertise and really try to band together and cross boundaries to try to make a big difference, it's, it's very Indiana,? Carroll says. 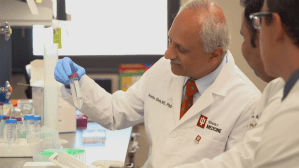 Clinically speaking, the Precision Health Initiative is not just seeking to draw down instances of the maladies their targeting. Rather, they seek wholesale cures for the cancers, and robust, workable preventative measures for diabetes and Alzheimer?s disease.

Their patient-focused approach is already being taught to physicians-in-training at the IU School of Medicine. The importance of factors such as genetic and family medical history, sleep and eating habits, exercise levels and overall mental health is emphasized alongside traditional testing in making a diagnosis.

In the lab, Indiana researchers are matching that holistic approach to patient health with an equally vibrant understanding of how diseases operate. They?re working towards a more-perfect model of exactly how cancers evolve and how they become resistant to certain treatments. Concurrently, pharmaceutical scientists are making gains in drug discovery for the treatment of Alzheimer?s.

Shekhar says that the feeling among the Precision Health Initiative team is that the work being done now is serving as inspiration for others to ?think big and to go for the fences rather than do incremental work.?

There are, though, factors limiting the speed at which the team can make new discoveries. Key among them is the need for an expansion in data analysis and management as well as advances need in AI to help researchers make sense of extremely large data sets.

One such set derives from the All In project, which is under the Precision Health Initiative umbrella. Researchers are asking people from across the state and all walks of life to share with them a blood sample as well as specific, yet anonymous health data. This will aid immensely in their understanding of how and why diseases flourish and progress in various populations.

That particular project is indicative of the larger initiative, says Shekhar, echoing Carroll?s sentiment that Indiana is uniquely positioned to helm such an audacious undertaking.

?I think Indiana is unique in that first of all, we have the largest medical school in the country, that is a state wide medical school with nine campuses,? he says. ?We have the largest health system in the state. We serve about two million people every year for their health needs. So, we have gone all the way from engaging large scientific teams, recruiting nearly 50 new scientists to Indiana University to work on this, to engaging nearly hundred thousand people from the community. It's an initiative that couldn't happen in very many places except in Indiana.?