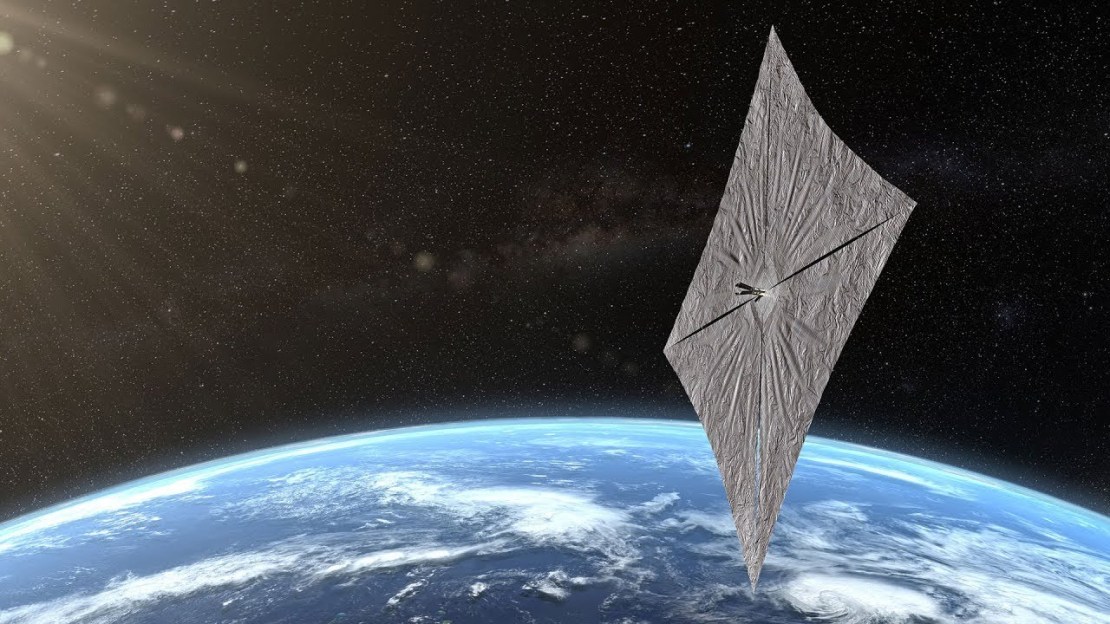 In the future, when we are sailing the solar seas between the planets and the outer reaches of our galaxy, we?ll have Purdue University professor David Spencer to thank.

OK, there may be a few more people involved. But the associate professor at Purdue?s School of Aeronautics and Astronautics has been on the cutting edge of harnessing the momentum of solar energy in order to push the boundaries of space travel.

His latest project, called LightSail 2, was just named as one of Time magazine?s Best Inventions for 2019. In conjunction with students and faculty from Cal Poly and Georgia Tech, it was launched into space over the summer and has been sailing in orbit around the Earth ever since.

It earned the honor in Time?s ?Experimental? category, alongside other inventions like AI-powered robotic hands and fully foldable laptops.

It?s not the first time an object like this has been launched into orbit. But the big discovery was the ability to shape the craft?s orbit around the Earth solely by the use of the sun?s energy.

The project was funded by public support from The Planetary Society, a group started by Carl Sagan and now headed by Bill Nye (yes, The Science Guy). The aim was to use solar propulsion to affect its orbit around the Earth.

?It?s a nice honor for the team as well as the thousands of people who contributed to it,? Spencer says of the award and monetary support through Planetary Society backers.

It?s all about the fuel, or lack thereof. Fuel is heavy, costly and, eventually, it runs out. That severely limits the ability to travel great distances. Spencer?s sail uses photons from the sun to make the spacecraft move.

"The key is harnessing the momentum from solar photons,? he says. ?That limitless propulsion allows you to do things you can?t with chemical propulsion. You can dive in close to the sun, get a push and get speeds high enough to get to the edge of the solar system.?

The spacecraft is made of material that is only five microns thick, which is ? really, really thin. Before launch, it was about the size of a loaf of bread. Once in orbit, it expanded to about the size of a boxing ring. Spencer projects it will be in orbit for about a year.

?We?re losing a little bit of altitude every day,? he says. ?It will burn up in the atmosphere once it gets back into the orbit. That?s the good news because we don?t want that to fall on anyone?s head.?

Spencer, who has worked on a number of other high-profile space projects like the Mars Pathfiner and Phoenix Mars Lander, says he didn?t necessarily have any doubts that the craft would work in space. But it was still a weight off his shoulders once he got the word that the craft was working properly.

?I have to tell you, when we first got the signal from LightSail that it was on orbit and functioning and healthy, it was such a relief,? he says. ?A lot had to go right to get there. It wasn?t a surprise, because we had tested enough to make it work. It felt really good.?

Spencer says the possibilities are endless. But he hopes this will pave the way for other crafts to quickly get to the edges of our solar system and possibly explore other systems. Well, maybe not that quickly.

?Decades, not centuries,? he says.

But this is one of the first steps, hopefully of many.