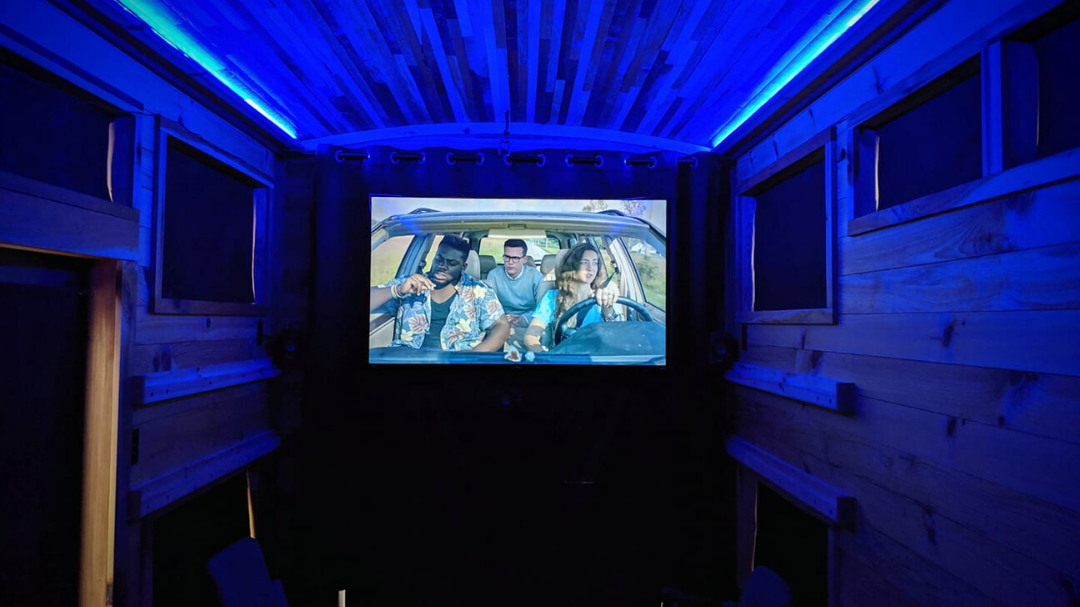 Indiana shouldn?t be a dream setting for a movie, or even a dream place to shoot a movie. It?s flat as basketball court and smack in the middlest part of the Midwest. Yet, the Crossroads of America has been the setting or shoot location for some iconic films: Hoosiers, Breaking Away, A Christmas Story, Blue Chips.

A new film streaming service is celebrating the cinematic history and heritage of Indiana. Started by filmmaker Thomas DeCarlo and his wife, Indiana University alumna Meredith McGriff, Hoosier Films is a platform for directors, screenwriters and producer to share their work with the larger Indiana film community.

McGriff, who received both her master?s and doctoral degrees in Folklore Studies from IU, says the sprouted from her research into artistic communities and DeCarlo?s abiding love for cinema. While he was building a network of regional filmmakers he could work with, she was studying the world of pottery in northern Indiana.

?So, the whole time I'm working on writing about potters, but I'm also seeing what he's doing with filmmakers and with indie films,? she explains. ?We're having these really great conversations about the parallels between those things and about how professionals are networking. He had had this idea for a streaming service that would be really locally-oriented. So, it was really just this perfect integration of our interests and I was really excited to support the community that I had seen him build with other filmmakers.?

Currently, Hoosier Films hosts nearly 30 feature-length and short films, with genres including horror, animation and documentaries. Viewers have the option to stream the entire library for $12 per year or purchase and download films individually.

Hoosiers Films supplements the streaming service with screening events and an upcoming 2020 film festival. They?ve even added a mobile cinema that will allow them to take their films across Indiana.

?We have a film festival that will be held in Bloomington at the Buskirk-Chumley Theater downtown [Bloomington] in March,? she notes. ?We're going to be providing workshops and showing all Indiana made films. And, we've got our mobile cinema that we're hoping to take all around the state eventually to different events and just different places where people would love to stop in and watch a few short films made by Indiana filmmakers.?

To that end, McGriff, who is the membership director for the American Folklore Society, uses her background in business management and event planning to coordinate Hoosier Films presentations. Additionally, she is the venture?s chief grant writer as they pursue further funding. DeCarlo, who stays at home with their two children, builds their network of filmmakers and maintains the Hoosier Films platform.

In the near future, McGriff says, Hoosier Films aims to strengthen their ties with the IU ecosystem. While talks are still in the works and plans still tentative, that could include on-campus film events and broad student involvement from a number of colleges and departments, such as the The Media School at IU.

Beyond film, McGriff is quick to note that the launch of this homegrown streaming service is evidence of one of the Indiana?s strong suits: appreciation and support for the arts. Contrary to cultural stereotypes, Indiana artists thrive with the backing of their fellow Hoosiers.

?The thing that I've mentioned to some folks before that I think is just so important to what we're doing is that there's just such incredible support for the arts in Indiana,? she notes. ?We've seen that all around the state, the art fairs and festivals, and I see that with the potters that I've studied. We're just so excited to put something together that really makes it easy for supporters of the arts to support indie films in Indiana. We know that support's out there and we're just wanting to make it easier to connect people.?