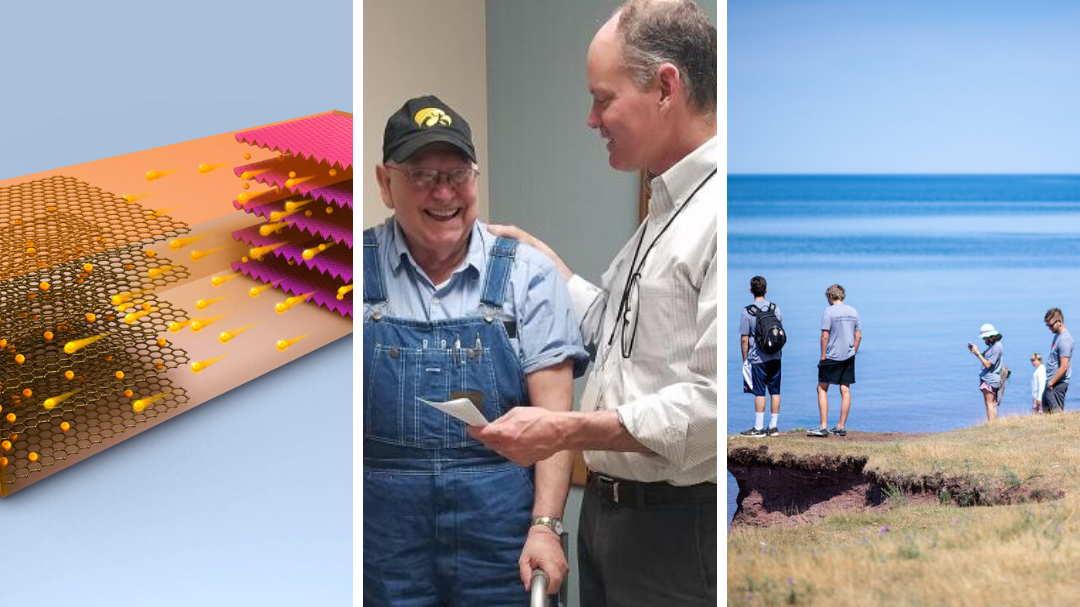 Every week, BTN LiveBIG?s B1G Bites brings you the latest news from around the conference on the topics of health, environmental issues and economic innovation.

These stories showcase the breadth and depth of research occurring at our 14 member universities. From robotics to recycling, smart agriculture to spirited entrepreneurship, the Big Ten is committed to pushing boundaries that will help build a more prosperous, peaceful, just, clean and healthy future for generations to come.

Remember, these B1G Bites are just the tip of the iceberg. For more, please check out the BTN LiveBIG archives.

Penn State: In and out with 10-minute electrical vehicle recharge

Electric vehicle owners may soon be able to pull into a fueling station, plug their car in, go to the restroom, get a cup of coffee and in 10 minutes, drive out with a fully charged battery, according to a team of engineers.

?We demonstrated that we can charge an electrical vehicle in ten minutes for a 200 to 300 mile range,? said Chao-Yang Wang, William E. Diefenderfer Chair of mechanical engineering, professor of chemical engineering and professor of materials science and engineering, and director of the Electrochemical Engine Center at Penn State. ?And we can do this maintaining 2,500 charging cycles, or the equivalent of half a million miles of travel.?

Before the first group of teen campers from the University of Michigan?s Earth Camp began exploring northern Michigan?s waters and dunes, the Upper Peninsula?s mines and Wyoming?s mountains five summers ago, fewer minority students in Michigan were choosing environmental sciences as a major and potential career.

?A lot of communities where underrepresented minority students come from are the ones that are hit hardest by environmental problems, and it?s important to have representatives from those communities to help solve those problems,? said Jenna Munson, outreach specialist for U-M?s Department of Earth and Environmental Sciences and an Earth Camp leader.

In the late 1980s, a Cedar Rapids-based pharmacist got a call from a Midwestern physician he had helped train many years before. During the call, the physician described his experience with an older woman who had come to his hospital.

?The physician told me the woman had come in quite ill and confused. While medically she improved, she had remained confused, and she was likely going to a nursing home,? recalls Jay Currie, an alumnus of the University of Iowa College of Pharmacy. ?But then he said he remembered some things I had taught him. He took her off of two medications, and she just ?came right back? and went home.?