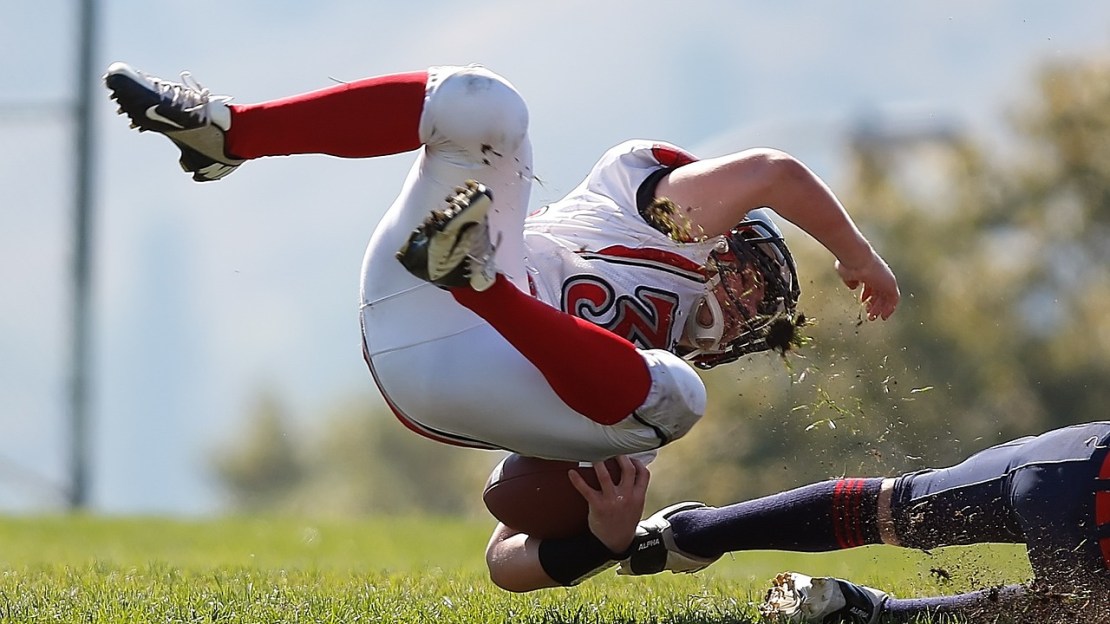 Head impacts and concussions have been at the forefront of sports consciousness for several years. Research has linked NFL players to the brain disease chronic traumatic encephalopathy (CTE), and the issue gained further publicity with the release of the 2015 film "Concussion."

Youth participation has increased in flag football and decreased in tackle. In 2018, the Aspen Institute, a regulatory body that makes policy suggestions, issued a white paper recommending a focus on flag football rather than tackle before age 14.

And yet, there is a shortage of data to truly support parents and youth in the decision-making process. A team of researchers at Indiana University is seeking to remedy that with a new study on head impacts in high school football players.

"I think people are becoming a little reactive in saying, 'Oh no, if you play football, then you get CTE,'" says Jesse Steinfeldt, Associate Professor in Counseling and Educational Psychology at IU. "?we don't have data to support that reality. But, parents are not having their kids play as much, play as early, and so we want to help them make an informed decision."

The study, currently in its pilot phase, is tracking the Bloomington High School North football team for one season. Researchers are hoping to study how subconcussive hits in football impact the adolescent brain over time.

The term "subconcussive" is not universally defined, but Keisuke Kawata, Assistant Professor at the IU School of Public Health, explains it in the following way:

"The consensus terminology of subconcussive impact is the hit to the head that does not cause any concussion-related symptoms, such as headaches, dizziness, blurred vision, disorientation, sensitivity to light, vomiting. Those hits without those symptoms, that is considered subconcussive."

Researchers are collecting data in several key areas. Sensory mouthguards measure each impact sustained in practice and games. A detailed MRI is performed to look at microstructural damage in brain cells. Other assessments include blood biomarkers, eye movement and cognitive functioning.

In addition to the multi-modal nature of the research, the study is also unique for its longitudinal design. Following the pilot season, and pending funding, the study will grow to include athletes from four schools and follow those same athletes for the duration of their respective high school football careers.

"I think a longitudinal study is by far the most important way to do it, because now we're not just getting snapshots of kids, like we are in the pilot study or in general research," says Steinfeldt. "We are getting trends over time."

In addition to tracking every hit in practice and games, researchers are also looking at the results from various practice drills. The hope is that conclusions will be able to substantiate specific recommendations, not just the number of hits, for example, but perhaps even types of drills in which to limit hits.

Ultimately, the goal is to provide rich data to inform recommendations for parents, athletes and policymakers.

"In order to make some sort of guideline, or policy, you need a substantial amount of strong and clear evidence. That's something that we don't have yet," says Kawata. "After five years of this project, we will have enough sample size to justify, [for example], maybe 200 hits or above can be a warning sign, so you have to start watching. And if you exceed 500 hits in this period of time, then you have to reduce the head impact exposure or you might have to sit them out."