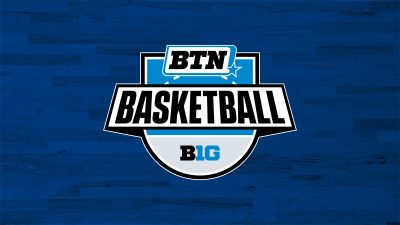 With exhibition games getting underway on BTN+ and the 2019-20 Big Ten basketball season officially tipping off on Nov. 5, BTN today announced its on-air talent for an enticing lineup of 200 men?s and women?s games.

Alongside Lisa Byington, Jeff Levering and Chris Vosters, the network?s lead play-by-play voices for women?s basketball, BTN is also home to a talented group of women?s basketball analysts. In addition to Winters Scott, Vera Jones, Shelley Till and Brenda VanLengen, the network is also adding Tyra Buss and Jantel Lavender to its roster.

Lavender, the 5th overall pick in the 2011 WNBA draft and current member of the Chicago Sky, was named the Big Ten Player of the Year all four seasons at Ohio State. She is the only player in Big Ten history, male or female, to accomplish such a feat. As a prolific player at Indiana, Buss set Hoosier career records in points, steals, assists, free throws and points per game.

Men?s nonconference play begins with a doubleheader on Tuesday, Nov. 5, when Juwan Howard and Fred Hoiberg make their Big Ten coaching debuts as Michigan faces off against Appalachian State and Nebraska takes on UC-Riverside. The women?s non-conference schedule gets rolling on Wednesday, Dec. 4, with back-to-back doubleheaders in the ACC-Big Ten Challenge.

Basketball games and coverage can be streamed all season long via the web, smartphones, tablets and connected devices on the Fox Sports app.