Record-Breaking Wrestling Coverage on BTN in 2019-20 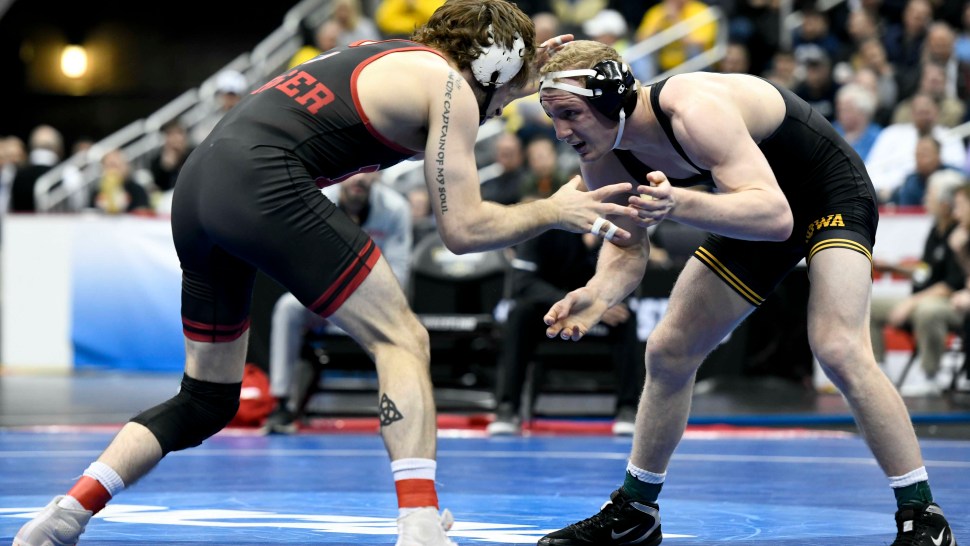 With the Big Ten seeking its 14th consecutive wrestling national championship, BTN will bring fans along for the ride with the most wrestling coverage in network history - a 40% increase from last season.

BTN?s schedule begins with a non-conference matchup as No. 17 Virginia Tech heads to Columbus on Nov. 17 at noon ET to face the No. 4 Buckeyes and includes the Big Ten Championships, a Super Saturday dual between Rutgers and No. 7 Michigan from Madison Square Garden, a battle of last year?s top-two team finishers at the NCAA tournament in No. 1 Penn State and Ohio State and a primetime matchup between the top-ranked Nittany Lions and No. 2 Iowa on Friday, Jan. 31 at 9 p.m. ET. Jim Gibbons, Tim Johnson and Shane Sparks will once again anchor BTN?s coverage.

?The Big Ten is home to the most dominant wrestling programs in the country and that distinction has made wrestling the fourth most-watched sport on BTN,? said BTN President François McGillicuddy. ?Our goal is to continue to showcase and amplify Big Ten Wrestling, including an increase in our live event broadcasts, a commitment to original storytelling and an investment in on-campus digital content.?

BTN will debut a new wrestling-centric episode of The B1G Story, a documentary-style program produced by the Emmy-nominated BTN Originals team. At 10 p.m. ET on Sunday, Dec. 1, The B1G Story: Alex & Eli will explore the friendship and bond of Iowa wrestler Alex Marinelli and former Wisconsin wrestler, Eli Stickley.

According to FloWrestling?s rankings, the Big Ten has nine teams ranked in the top 25. Four-time defending national champion and No. 1 Penn State is looking for its ninth title in the past 10 seasons, but will face stiff competition from No. 2 Iowa, No. 4 Ohio State, No. 5 Wisconsin, No. 7 Michigan, No. 9 Nebraska, No. 11 Minnesota, No. 16 Northwestern and No. 24 Illinois.

Additionally, BTN+ will carry nearly 100 matches, also a new record-high. A portion of those streamed events will be televised on delay on BTN as part of the Student U initiative.

All televised matches and The B1G Story can be streamed exclusively on the FOX Sports app.

BTN?s 2019-2020 wrestling schedule is below and is also subject to change.