How Indiana is building a culture of care in rural communities: BTN LiveBIG 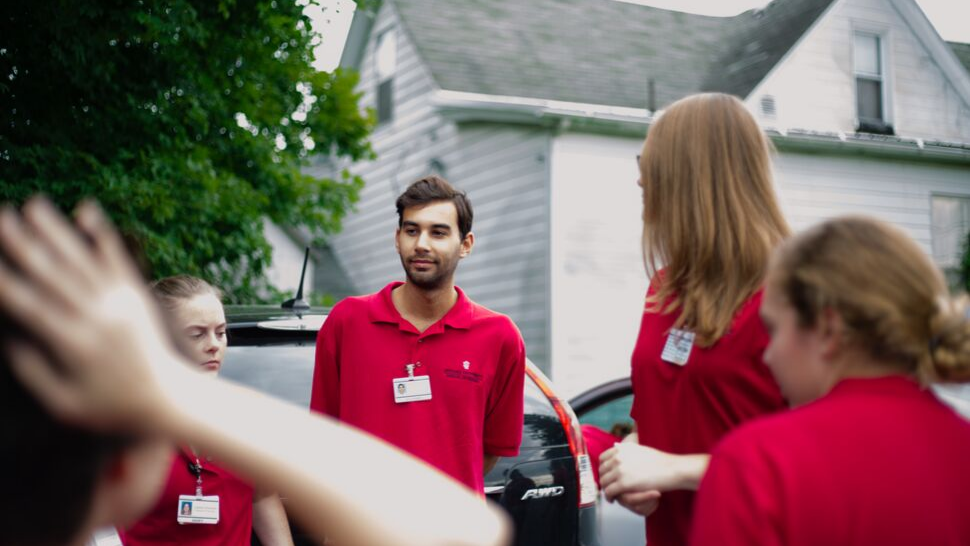 All photos by Jeni Waters, IU Center for Rural Engagement

Many parts of rural America are struggling, especially in the Midwest. Regions like Central Indiana have seen declines in education, employment and opportunities while enduring rises in poverty and drug abuse.

But Indiana University is aiming to be a catalyst for change. Its Center for Rural Engagement has been tackling issues like education and health care for nearly two years.

The program, which is funded by the Lilly Endowment, builds partnerships between the university and communities throughout the state, while providing the tools to not only start programs but also see them through until they are ingrained in the community.

"We look at what we do as a long-term investment, instead of short term, where we're here and gone. These are continuation projects," says Kerry Thomson, the center's executive director. "Once a high level of involvement has been completed, this is really a partnership. The communities have to host these projects. There's a runway to gear up and host. It takes some community resources to make it happen."

One of the center's main goals is to provide education for communities and working with local leaders to come up with strategic and fundraising plans. Along with that they network with groups who can make food production more efficient. The center also provides services through direct partnerships with groups like IU Corps, a university-wide group of volunteers.

"They find this approach to university engagement refreshing," Thomson says. "It's nimble and responsive. We're working on their projects. And because the center is long term, the center really serves as the front door to these opportunities. When we're working on a community of place, an arts project, we know how to tap into the education school as well and do things the right way."

Much of what they do is focused around health care. But it's more than just the university's nursing students providing basic needs. The center's plans are more long-term oriented, making sure the people they help are able to take care of themselves.

Greg Carter, an assistant professor in the IU School of Nursing, has a group of students who go out in the community to provide health assistance for those who need it in rural areas. He says it is more than just diagnosing and treating patients.

"We work with people on things like diabetes, but It's not really about diabetes," he says. "It's so much more. It's about poverty and depression and isolation and the stigma these patients are facing."

He says his students have learned so much from the real-world experience they get, as well as the ability to help those who need it most.

"At the start, it was difficult. It was just to be present," he says. "We had to convey that we are actually here because we want to hear your story. We want to know about your health conditions. We shouldn't define what individuals want."

And students never knew what they might encounter next. He remembers one of the patients who didn't have a front door on their house. The students not only had to figure out how to provide care, but to do so in a professional manner.

"It was one of the learning moments for students," Carter recalls. "It was like, 'I'm here to talk about diabetes, but this person doesn't have a front door.' That can be challenging."

Now in 39 communities around mostly Central Indiana, the center has utilized the services of nearly 2,000 students and engaged more than 175 faculty members. Thomson says she hopes this is just the beginning of a fruitful partnership that can touch the lives of Hoosiers throughout the state.

"We intended to start relatively rapidly and sustain ourselves," she says. "We've gotten such a welcoming response. People are reaching out, saying, 'Can you bring in this program? Or assist with this and we'd like to start building our assets as well.'"

With the center's help, those in rural communities will have as much access to the resources they need as anyone else.