How a Husker slid into unexpected glory: BTN LiveBIG 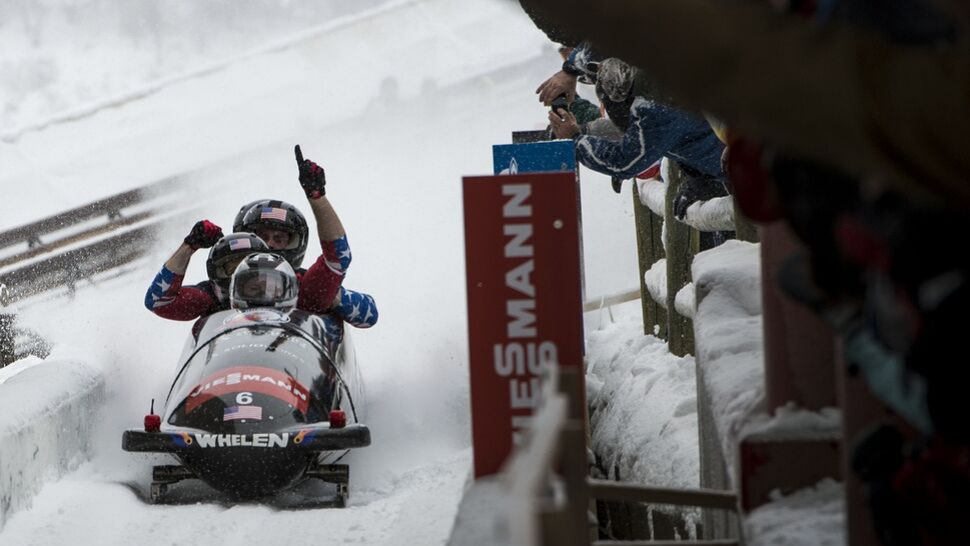 Plenty of people make new discoveries while at university. They hone their skills, come across new interests, discover career opportunities that they had never before considered. Yet, it is not everyday that one stumbles upon a relatively niche sport, one that will catapult you onto the world?s stage, while away at college.

But, that?s just what happened to Curt Tomasevicz, a two-time Olympic gold medal-winning bobsledder, during his time at the University of Nebraska.

Growing up a fervent fan of the Huskers football team, Tomasevicz was overjoyed to land a spot on the team as a walk-on. His plans never included launching himself down an icy sled run. So, after a solid four seasons of football, Tomasevicz turned his attention to completing his master?s in electrical engineering.

A chance encounter in the Memorial Stadium weight room, though, put him on the path to bobsled glory. After trying out and making the US National Team, Tomasevicz, who shines as a pusher, helped propel his sleds to gold and silver in Vancouver and Sochi, respectively. He also racked up an impressive 9 World Championship titles during his sporting career.

All the while, though, Tomasevicz felt the pull back to his alma mater. Earning his bachelor?s, master?s and Ph.D. at Nebraska, an invitation to speak to students turned into a job offer. Now, he is combining his engineering know-how and love of sport as an assistant professor of practice in the College of Engineering.

In a 2018 profile on the Nebraska Today website, Tomasevicz outlined how critical his time at Nebraska has been to shaping his life.

?I enrolled at Nebraska simply because I grew up wanting to be a Husker on the football team,? Tomasevicz said. ?I had no plans on becoming an Olympic athlete or finding a career in academia and research. Those are opportunities realized simply because I came to the University of Nebraska.?

His work covers a variety of fields from engineering ethics and economy to the nexus of engineering and athletics. He's also a leading researcher at the Nebraska Athletic Performance Laboratory. While Tomasevicz is quick to note that teaching a class stirs up more butterflies than waiting at the top of a bobsled run, he says that watching the growth of students over the semester makes it all worthwhile.

For more on Tomasevicz's Nebraska journey, check out the link above to read more and listen to his episode of UNL's Faculty 101 podcast here.