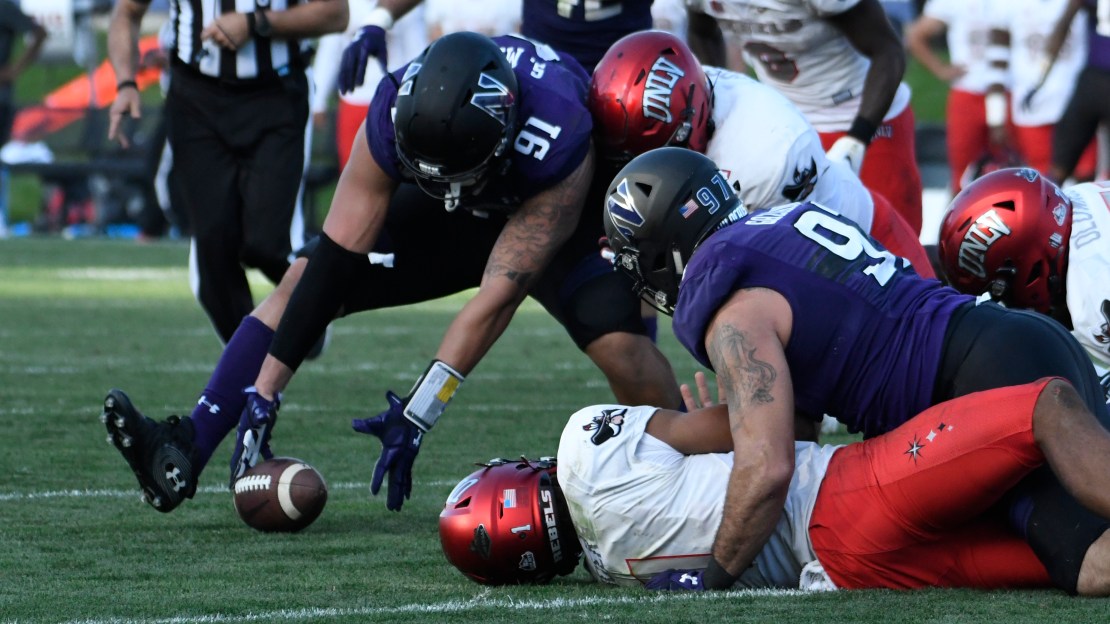 The Big Ten office released its Week 3 individual honors Monday, and there are five first-time recipients.

Iowa K Keith Duncan, the special teams player of the week, is the lone repeat winner, also taking the honor for his role in the Hawkeyes' 2016 upset vs. Michigan.

See all of the honorees below.

Game-winning TD ?@GopherFootball WR @T_muhneyy10, the only active FBS player with a 3-TD game in each of the last three seasons, finally gets his first B1G (co)OPOW honor. pic.twitter.com/MQ18XFqNpL

Who else is amazed @Jkdobbins22 had never won B1G OPOW, before today?

Congrats to the @OhioStateFB RB, on his huge Week 3 and well-deserved laurel! pic.twitter.com/VEpxsCWCUK

You had to figure it was coming, and now it's official.@jgaziano97 is the B1G DPOW, for the first time in his @NUFBFamily career. pic.twitter.com/M80fnYsvv5

Just in: Keith Duncan is @B1Gfootball's special teams player of the week.

It's the @HawkeyeFootball K's first weekly honor since, well, you know when. pic.twitter.com/46YcdbosUe

B1G frosh of the week honors, by @NUFBFamily Anderson RBs: