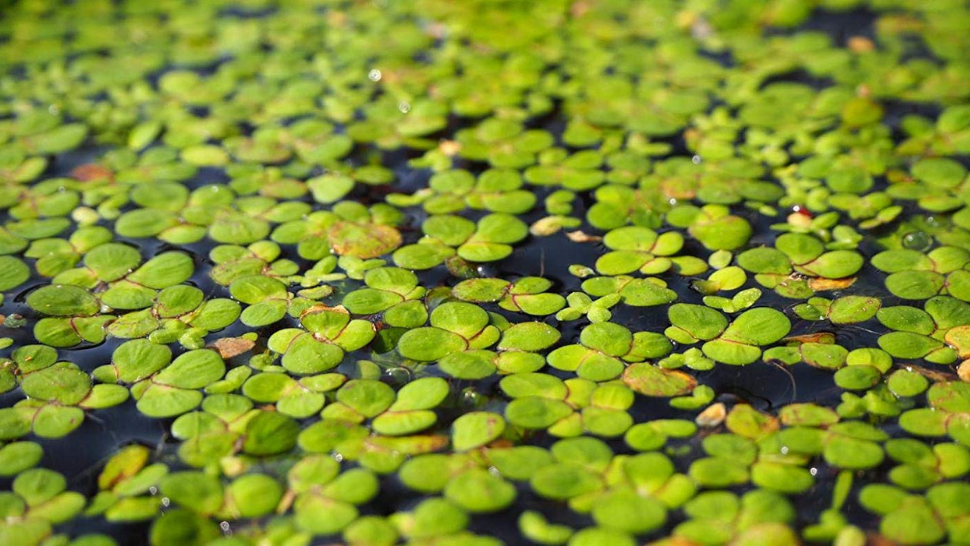 Avocado. Quinoa. Flax Seed. Blueberries. What do these all have in common?

They all fall into the amorphous category of superfoods, those nutritionally-dense comestibles that tend to splash on to the scene and suddenly appear on every menu. While all nutritious to be sure, superfoods do frequently ride onto the scene on a wave of hype that can lead to overstated claims.

But what if there was a foodstuff that could really deliver when it comes to packing in the protein, vitamins and fiber we all need? What if there was a plentiful and easy to cultivate plant with the potential to efficiently feed our growing global population?

Meet the Duckweeds. This adorably-named family of aquatic plants, also known as bayroot or watermeal, can be found floating atop still or slow-moving bodies of the world over. And, the world?s largest collection of duckweed specimens and strains can be found at Rutgers University, where biologist Eric Lam is spearheading investigation into the plant.

Already a popular food in Southwest Asia, duckweed is a potent source of protein, which accounts for 40 percent of its dry weight, outpacing even soybeans. It also has the distinction of being the fastest growing plant in the world. All this means that with a little work, duckweed could soon become a powerhouse crop.

In an interview with Rutgers Today, Lam outlines how his lab is developing a plant production platform using a vertical hydroponic model ideal for urban agriculture. Growing in a water-based media in stacked trays, a single hectare of duckweed can produce 1.4 million pounds of dried plant matter annually. For perspective, that is about 50 times the production output of corn per hectare.

?You could have a mobile, eight-tray system on 1 square meter in your basement,? says Lam. ?Our working model is a very simple system with connected trays that relies on gravity for water flow. You would skim duckweed from the water, rinse it and put it in your refrigerator, where it can be good for up to three months without preservatives. People who don?t want to grow duckweed could soon buy a small container of it for $5 in their neighborhood stores.?

If the bountiful nutritional benefits of duckweed weren?t enough, it also has scads of environmental positives. Since it is found to grow in bodies of water that are eutrophic, or overburdened with nutrients, duckweed, if harvested properly, could be a powerful water purifier. In this role, it has also been shown to stave off the growth of more bothersome blooms, such as cyanobacteria.

In wastewater treatment, duckweed has shown potential for sequestering toxins and controlling odor, and, as it prevents the growth of algae, can help curb mosquito populations by stifling breeding.

As for next steps, Lam says that a variety of specifics must be worked out using precision farming. His research team is looking at optimal growing temperatures, lighting needs and nutritional inputs for a variety of duckweed strains. Additionally, they are working on a harvesting system that can help bring down production costs and increase scale. To that end, Lam has launched a startup called Planet Duckweed which aims to spur collaboration and draw investor interest.