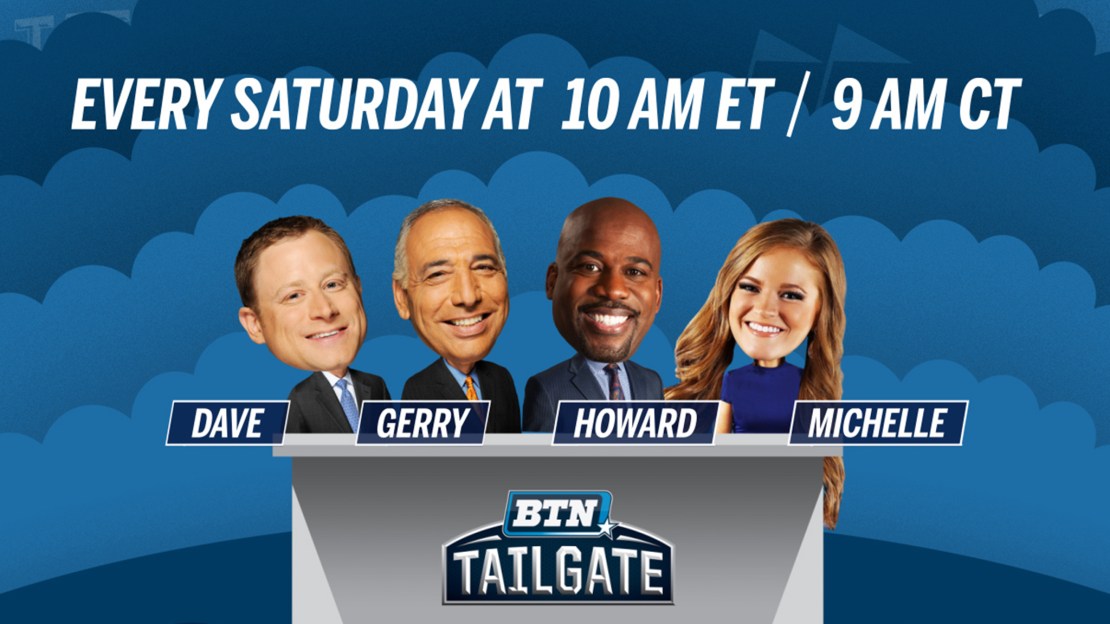 Ahead of Thursday?s kickoff to the 2019 Big Ten Football season, BTN today announced the first six sites for BTN Tailgate, the network?s travelling Saturday studio show. Now with expanded coverage across the entire season, BTN Tailgate will originate from a different Big Ten campus each week and begin at 10 a.m. ET leading into the first games of the day at noon ET.

Saturday?s broadcast heads to Happy Valley as No. 15 Penn State hosts Idaho in its home opener. The following week on Sept. 7, BTN Tailgate will visit West Lafayette for a Big Ten - SEC  matchup between the Purdue Boilermakers and Vanderbilt, before a Sept. 14 appearance in East Lansing when No. 18 Michigan State takes on Pac-12 opponent Arizona State.

On Sept. 21, Tailgate makes its way to Bloomington for Indiana vs. UConn for the Hoosiers? final non-conference battle of the season, followed by a trip to Ann Arbor on Sept. 28 for a Big Ten divisional game between Rutgers and No. 7 Michigan. Week six will kick off the month of October and take place from the Twin Cities as Minnesota welcomes in Illinois to TCF Bank Stadium.

Free food and coffee, music, contests, games and sign making stations will be available at each location, along with additional giveaways. BTN Tailgate is presented by GEICO, Papa John?s, TIAA, T-Mobile and TUMS.

The entrance will open at 9 a.m. ET, one-hour prior to the start of the live show.

BTN Tailgate can be streamed via the web, smartphones, tablets and connected devices through the Fox Sports app.